The common noctule bat is a bat. However, it does not live in roof structures or dilapidated walls but seeks protection in old tree hollows.

Noctule bats are mammals, but like all bats, they are very special mammals: They fly with their front legs! A thin flight skin is stretched between the thin, strongly extended fingers, which reach the hind legs.

With the help of this flight skin, the animals can fly with their wings like birds. The thumb is free and is used to hold on to and when climbing in their burrows. Noctule bats have a short snout and relatively small, round ears. 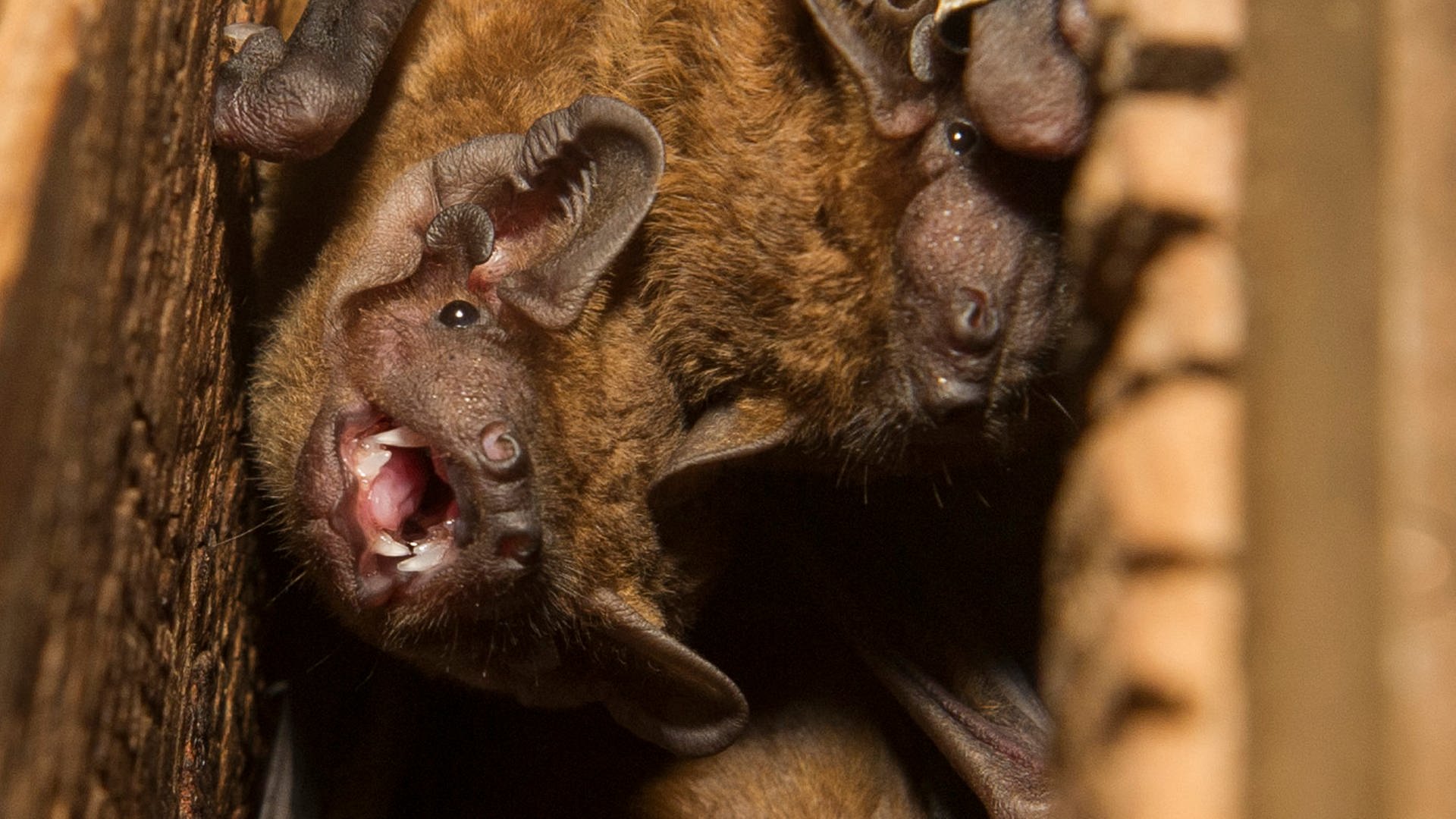 Their velvety fur is reddish to golden brown and slightly lighter on the belly side. The face and flight skins are colored black-brown. The body of the common noctule bat is almost 8 to 10 centimeters long. They have a wingspan of 40 centimeters and weigh only 30 to a maximum of 40 grams.

Where do noctule bats live?

The various noctule bat species live in Europe and Asia. The common noctule bat occurs from Spain through France and Germany to England and southern Scandinavia; also from Eastern Europe to the Urals and western Iran. Large noctule bats live mainly in forests. There they inhabit tree cavities; mostly these are old, abandoned caves that were created by woodpeckers. But they also live in parks, in cities, on the edges of forests, and in avenues.

If they can’t find enough tree cavities, they also like to move into the bat boxes put up by conservationists.

What species of bats are there?

There are 800 different species of bats around the world. The smallest is the hog-nosed bat from Southeast Asia, which weighs just two grams; the largest, the Indonesian fruit bat, weighs one kilogram and has a wingspan of 180 centimeters. 24 different bat species live in Germany, and six of them belong to the noctule bats.

The most well-known species of bats include the mouse-eared bat and various horseshoe-nosed bats, along with noctule bats.

How old do noctule bats get?

It is not known exactly how old noctule bats can get – but probably up to ten years.

How do noctule bats live?

Unlike most bat species, noctule bats live in tree cavities in both summer and winter. Because they find fewer and fewer old trees with holes here, they sometimes move into buildings. Bats sleep during the day. They hang – as in hibernation – upside down in their tree hollow and hold on with the claws of their hind legs.

Shortly after sunset, the noctule bats wake up and hunt for insects in the twilight. Large noctule bats hunt up to six kilometers from their roost and fly at speeds of up to 50 kilometers per hour. They fly quite high: 10 to 50 meters in the air. In-flight, you can recognize them by the fact that they fly very fast and straight and then repeatedly dive into the depths.

Similar to migratory birds, noctule bats migrate throughout the year. In autumn, for example, they migrate from their breeding grounds in northern Germany and southern Sweden to their wintering sites further south. They cover distances of more than 2000 kilometers. During the hike in spring and autumn, you can see the animals very often and observe them well.

Like all bats, noctule bats use so-called echolocation to find their way around. That is, they emit sounds so high that we humans cannot hear them.

These so-called ultrasonic waves bounce off obstacles or prey and are thrown back. By the nature of the waves and the time it takes them to come back, the bats know where and how far away an obstacle is. This happens so quickly that they can effortlessly avoid dangers and obstacles even in flight.

In winter, the noctule bats hibernate in the hollows of thick trees or in deep crevices in rocks, where they are somewhat sheltered from the cold. Only very rarely do they seek shelter in churches or other buildings.

If you discover a bat that is hibernating, you must not wake it up under any circumstances – it can then easily die.

Friends and foes of the common noctule bat 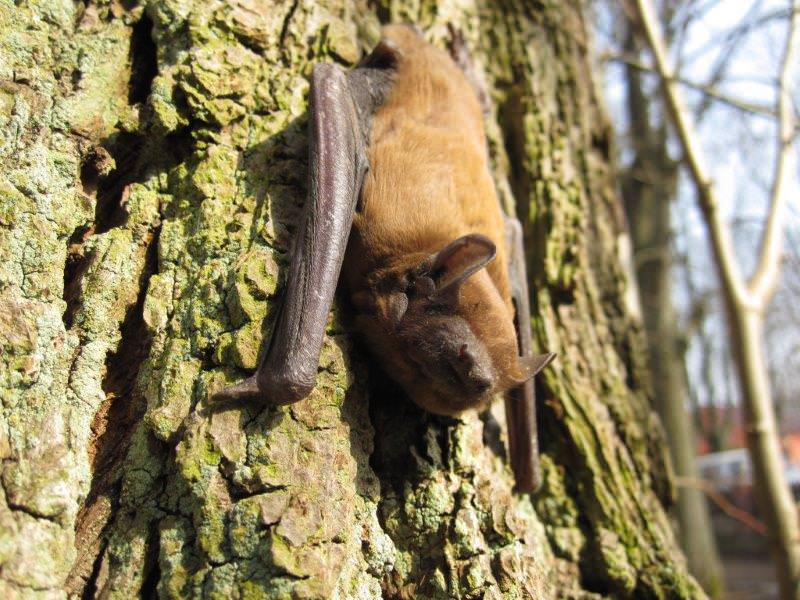 Most of the time, the fast and skillful fliers can outrun their enemies. Only birds of prey and martens can be dangerous to them.

How do noctule bats reproduce?

After the mating season in spring, two young are usually born in May and June. You are still naked and blind. Only after about two weeks do they have a real coat. At four to six weeks they can already fly. Until then, they have to cling tightly to their mother’s fur. They are independent at about nine weeks.

How do noctule bats hunt?

Noctule bats hunt mainly over bodies of water, meadows, forest edges, and over the treetops of forests. They track down their prey using ultrasonic waves. If they have captured an insect, they eat it in flight.

How do noctule bats communicate?

During the hunt, the common noctule bats make sounds that even we humans can hear: It’s a metallic-sounding “zig, zig”.