There is something fascinating about a fish that looks like a small snake. Among the loaches, there are some such small, snake-like fish that can also be kept well in the aquarium. The best known of these is the spotted thorn eye. 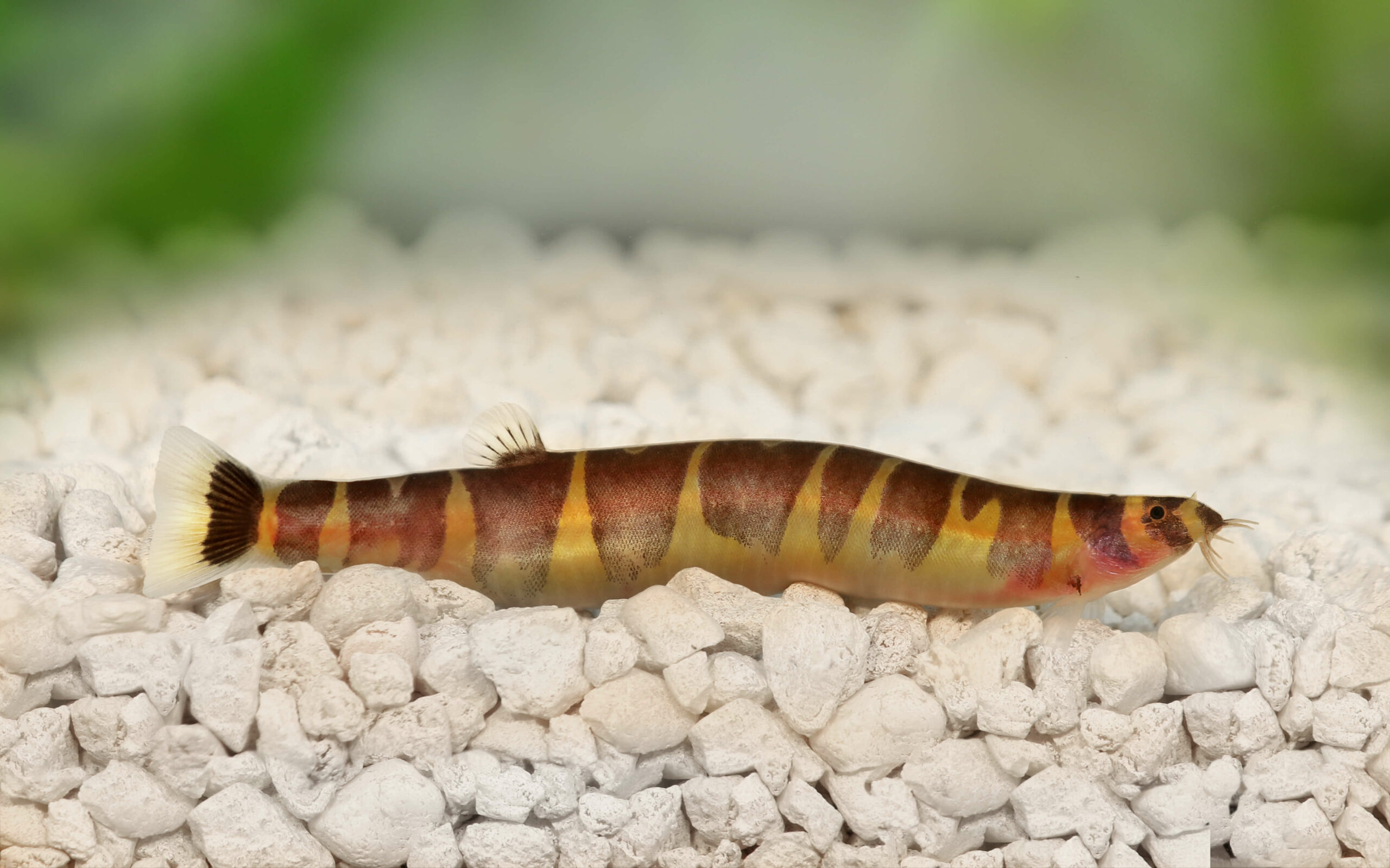 The spotted thorn eye can reach a length of 12 cm, but remains mostly only about 8-10 cm tall.

The body is yellowish, with broad, brown-red to almost black transverse bands on it. The first three are on the head, the others up to 17 are distributed relatively evenly over the body and lead to the high-contrast drawing.

In its large area of ​​distribution in Southeast Asia, from Malaysia to Indonesia, possibly also in Vietnam, mainly small, plant-rich rivers are settled.

The sex differences are very difficult to recognize in the spotted thorn eye. The females should be a little paler, but this is hardly noticeable. Adult females are significantly fuller in the abdominal region (just behind the head) than the males, which should, however, be compared before feeding.

Targeted breeding is very difficult. Spawning is likely to occur more frequently in the aquarium. The eggs are greenish and sink to the bottom, where they are quickly eaten by other aquarium residents and their own parents. Since spawning usually takes place in the early morning or late evening, it is hardly noticed.

The spotted thorn eye can probably reach a maximum age of almost 20 years in the aquarium.

Spotted thorns are greedy eaters and accept all types of food. In addition to dry food and granules, they should be given live or frozen food twice a week. Mosquito larvae and Tubifex are particularly popular.

Thorn eyes only show their normal behavior in a group of at least six specimens. They are then also happy to swim and seem to be playing around with each other.

Since the soil region, in particular, is inhabited, it should be designed in a varied manner. Small caves and hiding places made of stones and roots should be supplemented by small piles of leaves (sea almond, beech). Here the thorny eyes submerge again and again and also look for food. In this way, the actually crepuscular fish can also be seen well during the day. However, it is very important to cover the aquarium tightly, the thorn eyes can find even the smallest cracks. The animals need a soft substrate for their well-being, fine sand, for example, would be ideal. Under no circumstances should it be sharp-edged!

In the company of other larger fish, the spotted thorny eyes are shy, even if they are peaceful. But small barbels and danios, as well as labyrinth fish, are an excellent company. You should avoid other fish that live close to the ground, such as catfish and dwarf cichlids. 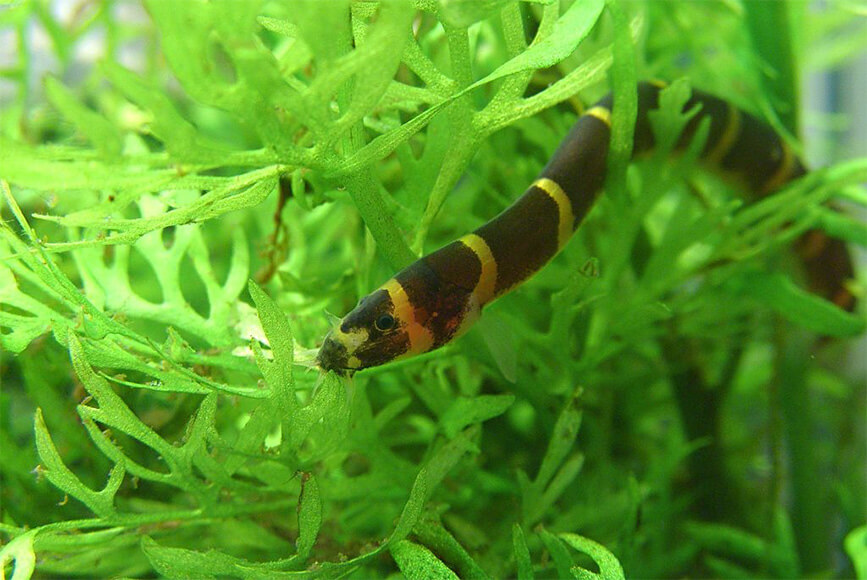 The water values ​​are not critical, almost everything is tolerated. The temperature should be between 23 and 27 ° C, the pH value between 5.5 and 7.5.