A striking red throat flag is the trademark of the red throat anole. He is diurnal, adaptable, and easy to care for so that even those new to terrarium hobbies can have a lot of fun with him. With a total length of a maximum of 22 centimeters, the Anolis carolinensis, which comes from the southeastern United States and northeast Mexico, is one of the smaller species of its genus. Similar to the geckos, its “hem fingers” have adhesive lamellae on the toes, and so the anole can climb many smooth surfaces. 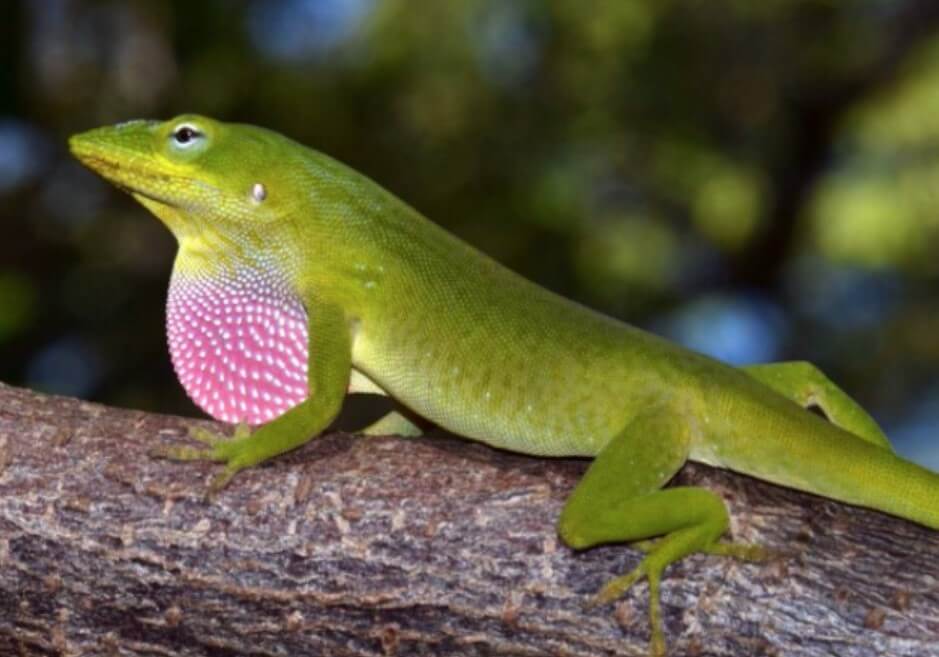 The red throat anole is by nature rather shy, but with a little patience will get used to you and maybe soon eat out of your hand. The movements of his eyes, which he turns in all directions like a chameleon, to look for food, enemies or conspecifics are interesting. Depending on the mood and warmth, his skin turns bright green to gray-brown. All of this has earned him the nickname “American Chameleon”.

Insects in Their Sights – the Red Throat Anole is a Stalker

Once it has identified its prey, it waits in wait until it is close enough to grab it with a nimble leap. Most of the smaller insects such as flies, house crickets, crickets, and arachnids are among the favorite prey of the red throat anole. To ensure a balanced diet, you should dust the feed animals with vitamin powder every second time you feed them. Calcium crumbs (e.g. from sepia pulp) should always be available. Incidentally, many red throat anoles also accept bananas or other soft fruits, but these should not be offered too often.

The male red-throated anole defends its territory against other members of its sex to the utmost, whereby both opponents can seriously injure each other. You should therefore never keep two males of this genus together in a terrarium. Keeping several females together, however, is problem-free, it is even recommended so that the male willing to mate can devote himself to several females at the same time. The stress would be too great for a single female.

For communication, the male puts up his eponymous wattled wattles, which the smaller females lack in this form, and asserts itself by nodding, as is typical of iguanas.

The Red Throat Anole Needs a Place to Retreat 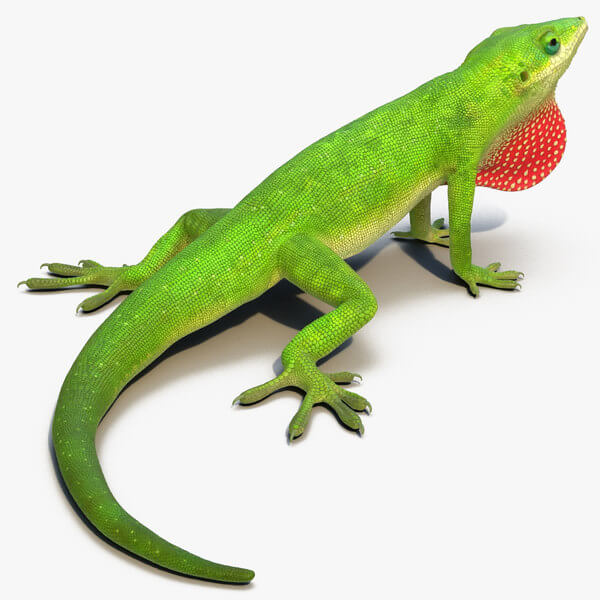 The red throat anole is not very demanding, but you should still observe some important rules when keeping it. With increased humidity, daytime temperatures of approx. 28 ° C and the absolutely necessary artificial UV light, he will definitely feel comfortable in your terrarium. More important than a lot of space is for the red throat anole to be able to withdraw into the undergrowth. A terrarium for three animals should be at least 70 x 60 x 80 centimeters. A slightly damp mixture of coconut fiber humus and sand is suitable as a substrate. If kept appropriately and fed well, the red throat anole can live up to eight years.