Does your cat suckle on you, your blanket, or your sweater? This is no cause for alarm. Above all, it shows that she feels comfortable and safe. This behavior is a holdover from your cat’s childhood when she felt supremely confident when sucking on mom’s teat.

In adult cats, although the behavior is somewhat “quirky”, it is not a sign of a disease or disorder. Only the kitten has kept the furry nose.

Contents show
1 Why is My Cat Sucking on Me?
2 Weaning Behavior: Is That Possible?

Why is My Cat Sucking on Me?

Especially if you raised your baby cat with a bottle, it may still suckle later. The behavior has a calming effect on your four-legged friend – very similar to sucking on your thumb or pacifier on small human children. So take it as a compliment when your cat sucks on you: it’s a sign that she feels extremely safe and secure with you.

Usually, the mother cat weans her kittens from the “milk bar” as soon as they are big enough for cat food. She delivers gentle but firm paw smacks (without extending her claws ), hisses, and stands up as soon as a kitten approaches her teats. If the kitten has not experienced this weaning phase because it lost its mother too early, was separated from her too early, or was rejected, it will continue to suckle later as an adult cat.

When you stroke the kitty, it reminds her of her mother’s cat tongue, who lovingly strokes her fur while drinking milk. As a result, she reflexively begins to suck on the next best object. For example, there are:

Weaning Behavior: Is That Possible? 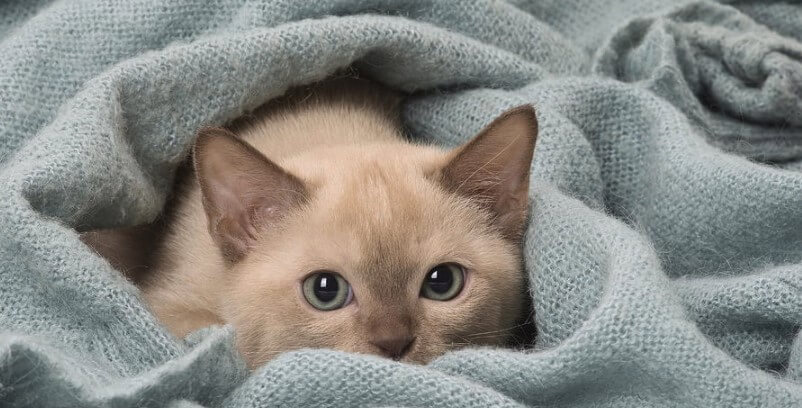 If you don’t want your cat to suckle, you can catch up on the weaning phase. The older your cuddly velvet paw is, the more patient you have to be for this to work. As soon as the kitty starts to suckle, you pull her “spare pacifier” away and stand up. After a few weeks, the fur nose should have understood that sucking is undesirable.

However, the behavior is not harmful to anyone and it makes your cat feel safe and secure. Instead of riding her of this habit completely, a compromise is also an option: offer your furry friend a cuddly toy or an old t-shirt from you, for example, which she can suck on to her heart’s content. So your cuddly tiger is happy without your favorite sweaters being damaged.