The origin story of this breed is connected to many stories. The most likely is that Grand Duke Karl August of Saxe-Weimar-Eisenach kept such dogs. Because they lived at the Weimar court, this explains the origin of the name. At that time, it was mainly foresters and professional hunters in Central Germany who bred these four-legged friends. Ancestors are said to have been the German Shorthaired Pointer and Arabian Greyhounds.

There are prominent specimens among the Weimaraners. This includes the dog Heidi, who moved into the White House with President Dwight Eisenhower in 1956. And also Frank Sinatra and Grace Kelly owned a representative of this breed. In the USA they are generally very popular and are also called “Grey Ghosts”.

Puppies of this breed are particularly cute. Not only do they have blue eyes, they also have black vertical and horizontal stripes on their backs. So they remind a little of tiger cubs or piglets. However, they lose these at the age of one to two weeks.

Below you will find the 10 best Weimaraner dog tattoos: 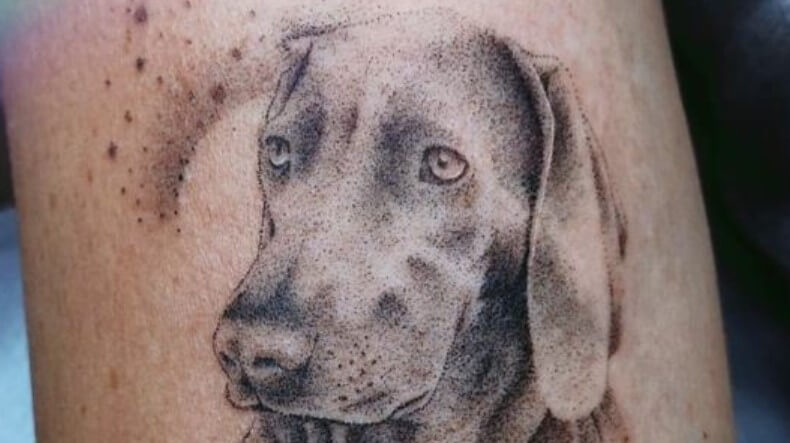 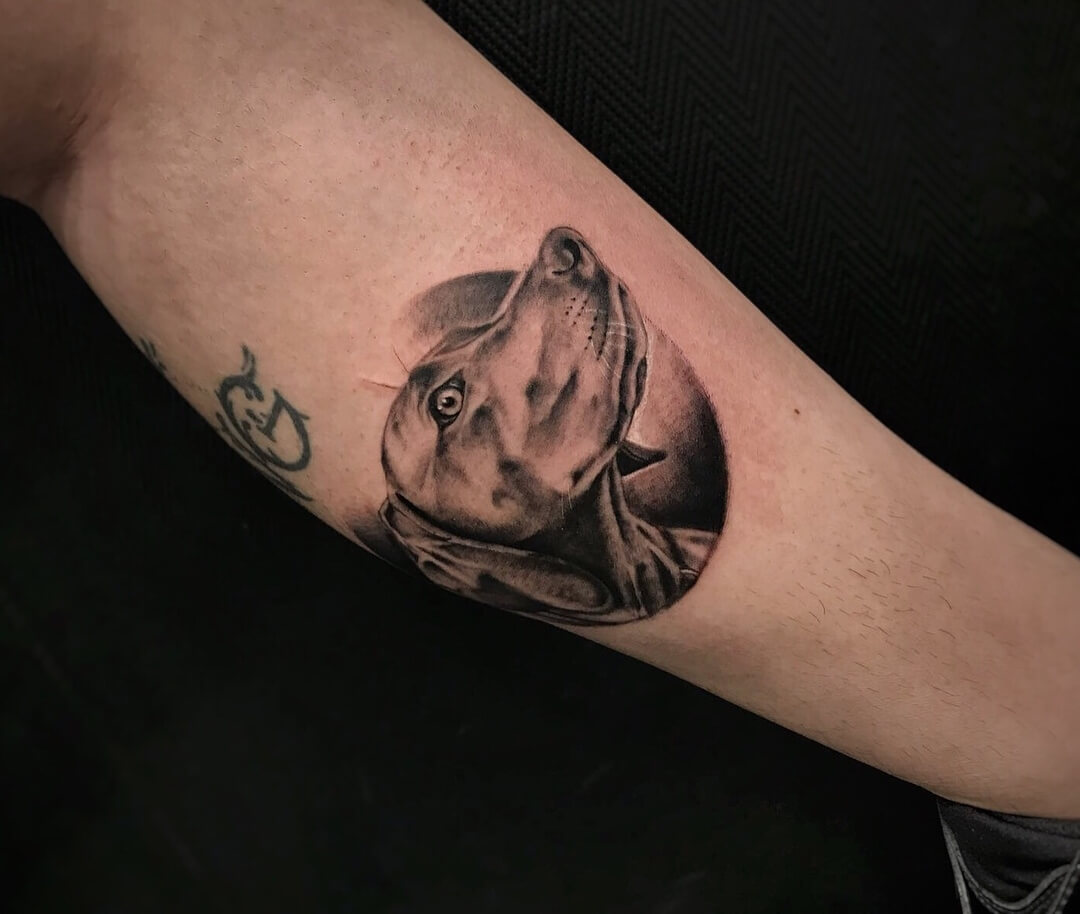 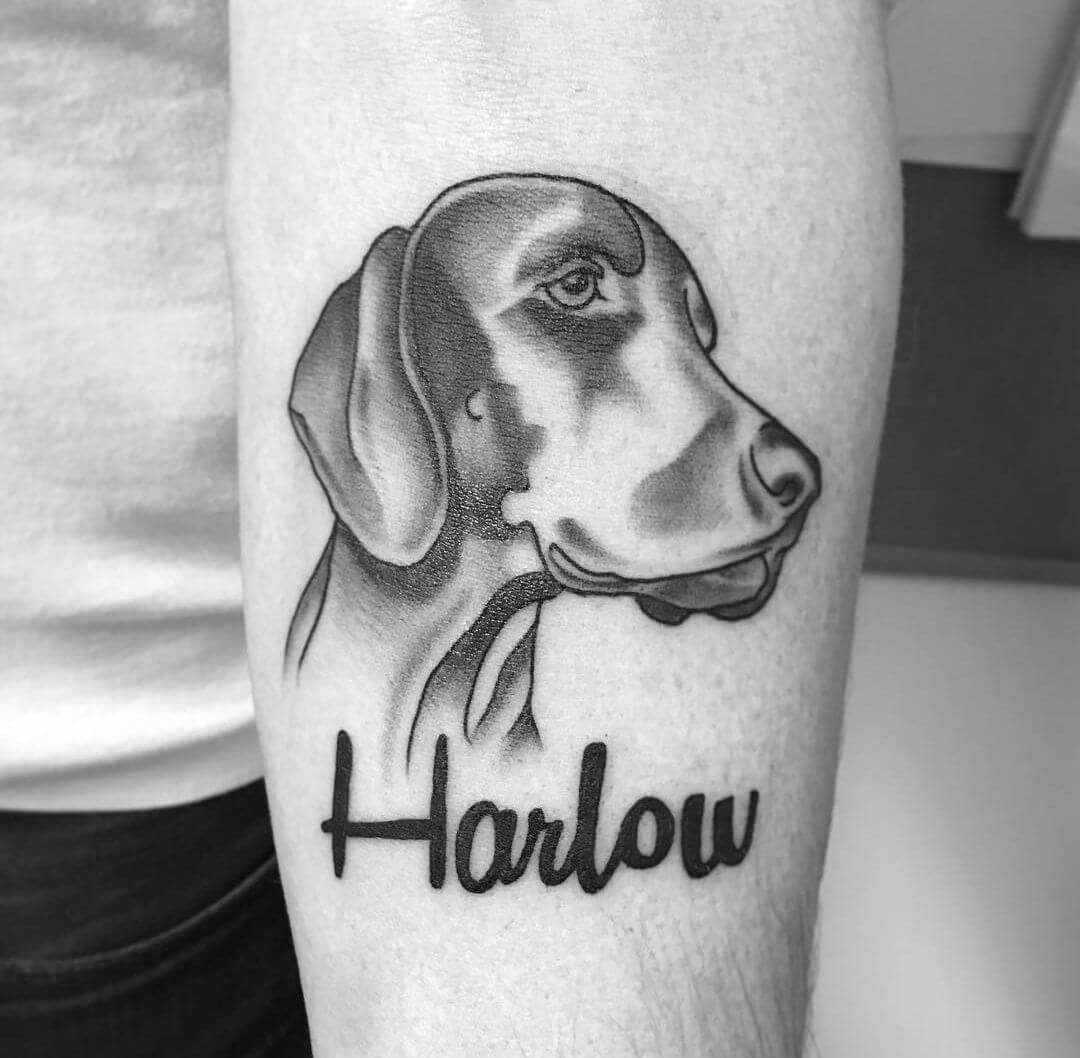