The zebra snail, which has been repeatedly imported into the wild for at least 15 years, is also known under the synonym Neritina semiconica, aka Orange Track. It is an aid to clearing the aquarium from algae and at the same time, it is pretty to look at. Occasionally it comes out of the water, so the aquarium must be covered. 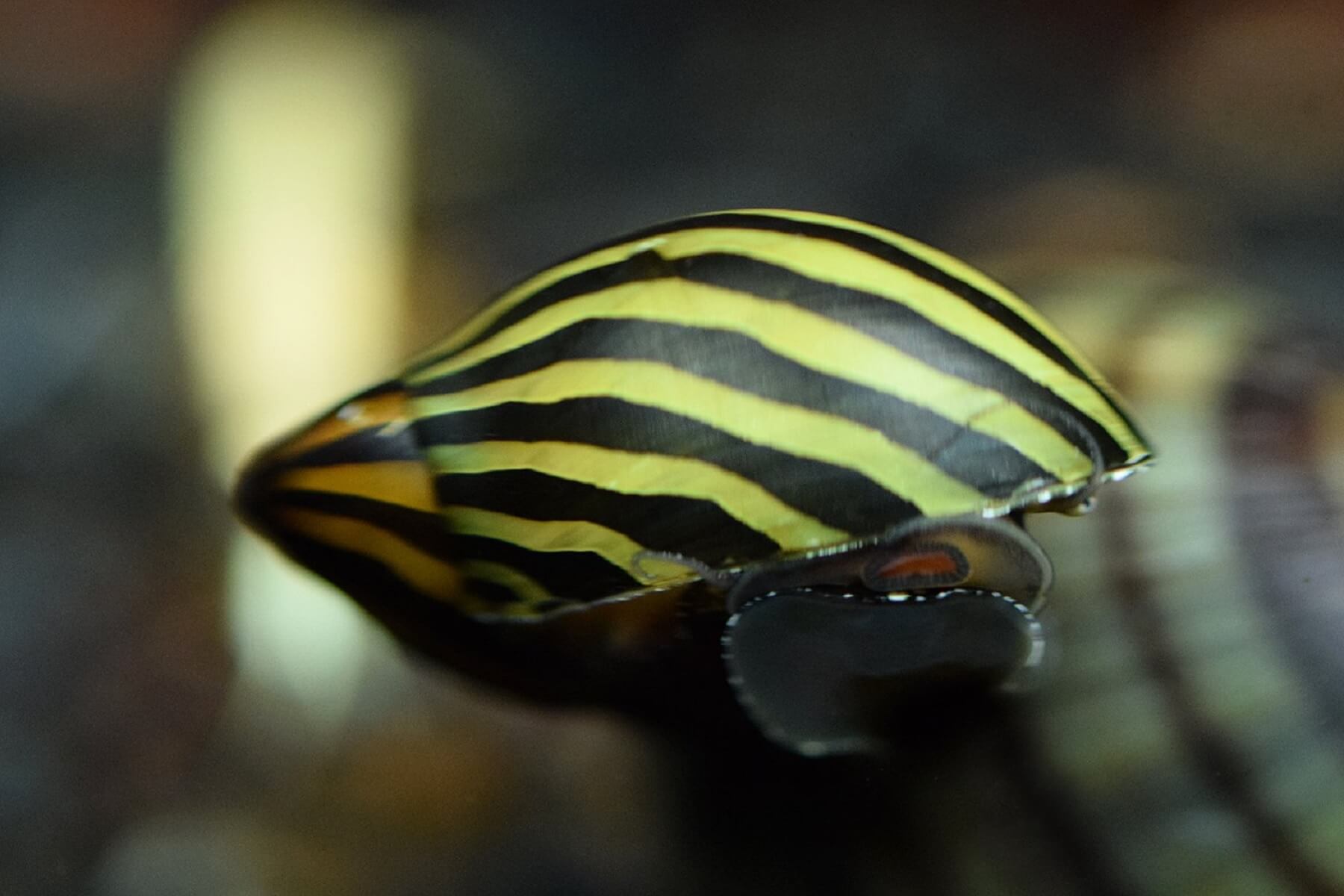 Interesting facts about the Zebra Snail

When fully grown, the zebra snail is 3.5 cm tall.

Neritina turrita comes from the Indo-Pacific. There it lives in the brackish water area, but also upstream in freshwater. Mostly she stays on stones.

It is best known in the black and brown striped version. However, it can also have a yellowish-orange basic color with dark flame-shaped points.

The animals are males and females, but you can’t tell from the outside. Breeding in the aquarium is not possible.

The male sits down on the female and transfers his sperm packet with his sexual organ into the body of the female via the porus. After a short time, you will see small white dots scattered all over the aquarium. These are the cocoons that the female glued together. Small larvae hatch from the cocoon, but they do not survive in the aquarium.

The zebras live to be around 5 years old.

It feeds on algae, leftover food, and dead parts of aquatic plants.

You can keep them individually, but also in groups. They are compatible with one another and do not multiply.

You can easily accommodate them in an aquarium of 20 liters or more. Larger pools are of course even more beautiful!

The zebra snail can be found everywhere in the aquarium. However, it never buries itself in the ground. She likes it oxygenated and loves a strong current. It is important that it cannot get caught between the aquarium equipment. Because once she is stuck, she has to starve to death there. This is because snails cannot crawl backward.
Since she likes to be out of the water, you have to cover the aquarium well.

Neritina turrita is excellent for socializing. It gets along well with almost all fish and catfish. However, you should definitely avoid crabs, crabs, and all other snail-eating animals. 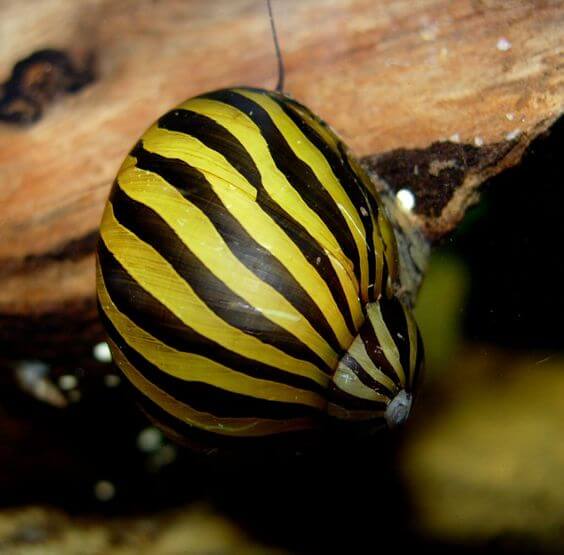 The water temperature should be between 22-28 degrees. She is very adaptable. For example, it lives in very soft to very hard water without any problems. The pH value can be between 6.0 and 8.5.