Many theories roam the Internet when you type “dog eats grass” into a search engine. PetReader tells you what veterinary medicine has known about it so far – and when your four-legged friend’s consumption of weed can be dangerous.

Grass eating occurs regularly in over 75 percent of all healthy dogs, sometimes daily or several times a week. Here it is likely that the grass simply tastes good to them and contributes to the natural need for raw fiber – a vegetable side dish to the meat-heavy food in the bowl, so to speak!

If it bothers you that you have to wait for your dog to finish his meal while walking, you can try offering carrots or cat grass at home. Some dogs are then much less fascinated by the green grass tips.

You should forbid your dog to eat particularly hard or sharp grass and the leaves of maize. These can cause irritation and injury to the esophagus and stomach.

Nausea and Vomiting are Warning Signs 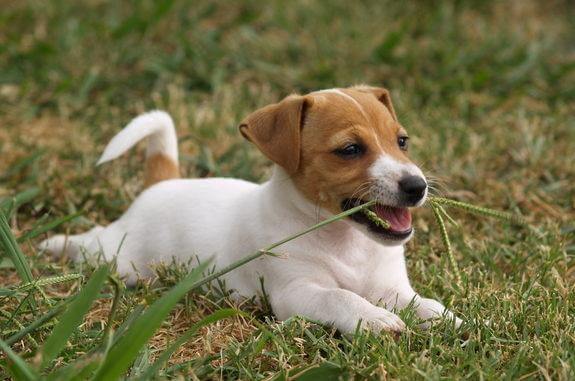 A small number of dogs appear to only ingest weed when they have a gastrointestinal problem. They will then often show signs of nausea such as smacking, licking, and salivating and will vomit the weed again shortly after ingestion.

The phenomenon is presumably associated with an inflammation of the stomach and mucous membranes, as some dogs stop eating grass after being given drugs that reduce acid production in the stomach.

Another theory is that when a dog eats grass, it is trying to get rid of a foreign object or another itchy stimulus in the throat. However, this has not yet been confirmed by studies.

Cats are known to actually eat grass specifically in order to be able to vomit hairballs or bones. You should always have some fresh grass available. 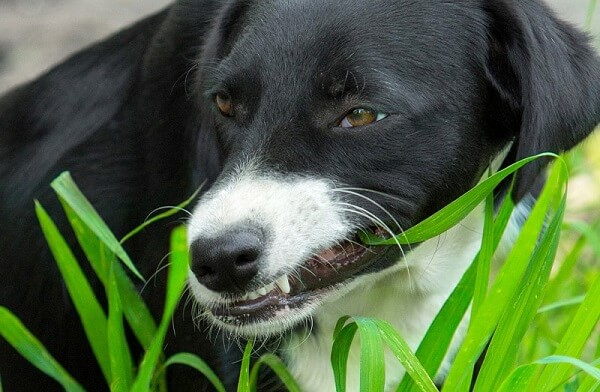 As a food, however, the grass is not as harmless as it seems: in large quantities, it can clump together in your dog’s stomach and act as a foreign body. This means that this ball of grass is clogging the stomach outlet or intestines.

If your dog has eaten large amounts of grass and then behaves weakly, vomits, or tries to vomit, a veterinarian should definitely examine your dog’s stomach using an ultrasound. In the worst case, the grass then has to be surgically removed.