Does she love me or does she want something to eat? Cat owners know them – the piercing looks of their little predators. But what are the house tigers trying to tell us? There may be an expression of sympathy behind the stare. But sometimes also a warning or even a threat. Your animal world enlightens.

In fact, there are several possible interpretations, says Hester Pommerening from the German Animal Welfare Association in Bonn. “The stare must always be seen in context with the rest of the body,” he explains. Does the cat sit or stand upright, does the tail move, what do the ears do, does the animal meow? All of this counts to get to the bottom of the animal’s state of mind.

The pet trainer Michaela Asmuß from Bad Homburg in Hesse knows seven different possible interpretations, but she says in advance: “Staring is considered impolite and threatening among cats.” However, they have learned that it can lead to something good in humans: eating and paying attention.

Contents show
1 Is Your Cat Staring Because It Wants Its Food?
2 Cats are Masters at Staring Out of Sleep
3 The Increase in Staring is Loving Blinking
4 This is Why You Should Generally Not Stare Back at Cats

Is Your Cat Staring Because It Wants Its Food? 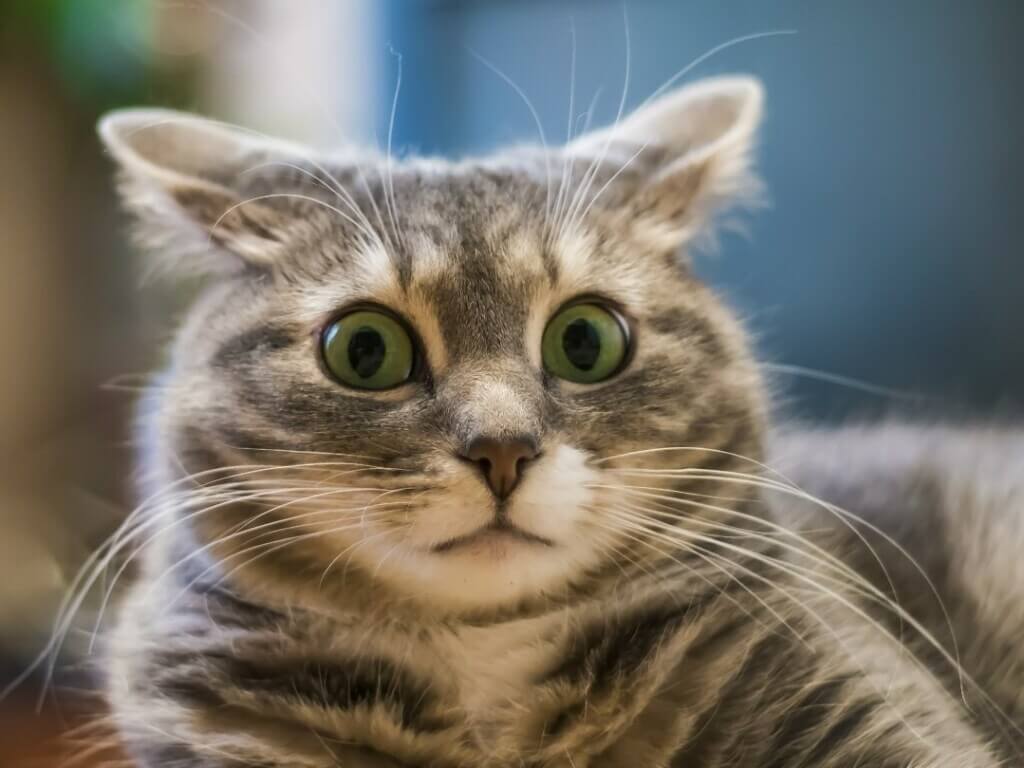 Some cats look at their owners intensely to remind them of the feeding time. At first, the animal is cautious, sits quietly, and confines itself to staring.

If the person who is a bit dumbfounded from the cat’s point of view does not react, the next step may be a “meow”, the cat often runs next to its owner or strokes between his legs. When the food supplier finally starts moving, the cat tries to direct him towards the kitchen. “Cats have an internal clock that seldom deceives them,” says the cat expert on the subject of feeding times.

Cats can learn this behavior from a misunderstanding: They stare at their human for some reason – who thinks the animal is hungry and rushes to the refrigerator. The clever cat then stares more often, of course. This also applies when the person eats and the cat wants something. Some communicate this very clearly by looking back and forth from person to plate.

Cats are Masters at Staring Out of Sleep

Others leave it to look at the person, their tail goes up steeply and trembles. The combination of staring and purring is also popular with some cats in this situation.

Even if they would like to be noticed, cats stare at their humans. “For example, when you are sitting at your computer, reading a book or sleeping. There are cats who are masters at staring out of sleep, ”reports Asmuß. The cat sits or lies completely relaxed, with the ears pointed carefully forward. Some also moan or raise a paw as a signal that they want to contact. If the person reacts, the cat purrs.

The Increase in Staring is Loving Blinking

The nice thing about staring: It can also be a sign of sympathy, maybe even love. Because if the cat doesn’t like its humans, eye contact would be uncomfortable. The increase is the blinking – this is how cats express their deep affection. “Blink back,” advises the cat expert.

The stare can also be seen on the real hunt. Since cats rarely need to moisten their cornea with a blink, they can keep a close eye on their potential victim in order to then start the attack at the right moment. “For example, strange cats are threatened to be restrained in the area,” says Pommerening from the Animal Welfare Association. If no one looks away, there will be a fight.

This is Why You Should Generally Not Stare Back at Cats 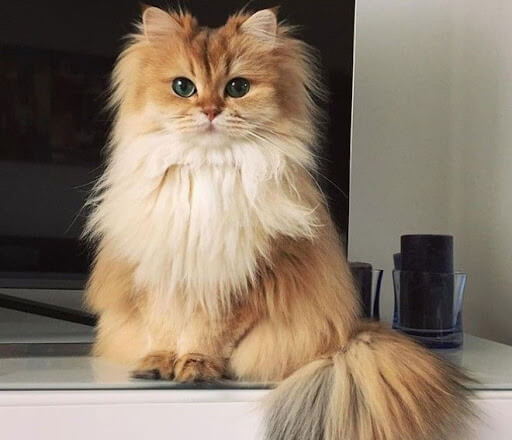 Even fearful cats stare, so they try to perceive every movement of their potential enemy in order to make the decision: attack or flee. The scared cat crouches in a corner or against the wall. The pupils are large, and the ears are turned on their sides or back. The tail lies around the cat as if for protection. If you approach the cat, it can hiss – this should also be taken very seriously as a warning.

Michaela Asmuß recommends calming threatening or frightened cats with a blink, then looking away and slowly walking back, speaking in a low, calm voice. “Blinking and turning away always shows that you mean it nicely,” she sums up and recommends not to stare at cats – even if you have been fixed by them for minutes. Because even though cats do not do it better themselves, deep down they feel that staring is rude.