Sometimes it seems mesmerized: you just gave your dog a new toy, and it is already broken. Where does destructiveness come from? What reasons could be behind this and how can you take control of it.

Have you really tried everything – even spent too much money on this “indestructible” toy, but your dog still completely disassembled it after a few minutes?

First, it is completely normal for your dog or puppy to chew on their toys and sometimes other objects. For four-legged friends, this is part of exploring their world. For example, young dogs relieve pain from tooth growth, while older dogs strengthen their jaws and keep their teeth clean. In addition, chewing is often a way for dogs to keep themselves occupied and fight off anxiety or frustration.

But if your dog bites his toy completely uncontrollably and breaks it regularly, it could be for a variety of reasons.

Your Dog is Hungry 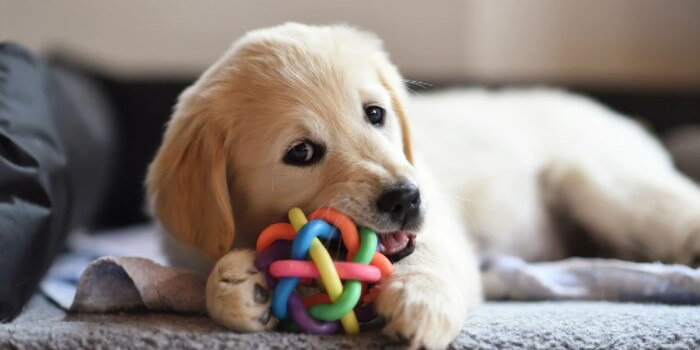 Sometimes the explanation is very simple: if your dog is hungry but doesn’t eat anything, he will chew on his toy. At the moment, he probably doesn’t mind breaking him down.

This may apply, for example, to dogs that are on a low-calorie diet, for example, because they are on a diet. During bouts of chewing, they often grab objects that smell like food or are otherwise associated with food.

Separation Anxiety as a Cause of Destructive Mania

If your dog chews on furniture or vomits toys when you are not around, he is most likely suffering from separation anxiety. This is also indicated by howling, barking, wandering, or anxiety, and when your dog urinates in the apartment or leaves a pile there. Severe separation anxiety is often a problem because owners have a hard time leaving their dogs alone. But with patience and loving training, it can usually be brought under control.

Your Dog Breaks Toys Out of Boredom

If your dog is too passionate about his toys, he may be missing other information as well. Do you tire your four-legged friend when you go for a walk? Do you play with him in between and also challenge his brain? If not, then this may be one of the reasons why he is channeling his energy elsewhere.

Try to keep your dog busy. Good options for this are, for example, fetching, clicker training, dog sports, or puzzle toys that he must solve in order to get to his food.

Your Dog is Stressed

Some dogs also use their toys as a stress relief valve: if, for example, your dog suddenly finds himself next to someone of his kind that he doesn’t get along with or is annoying, this could be a reaction. Then you can easily prevent the bite by avoiding stressful situations for your four-legged friend.

The Dog Loves to Suck on Cloth

Some dogs are less interested in breaking toys than sucking on cloth. Why is this so? Some experts believe these dogs have not been breastfed long enough as puppies. If you are under the impression that your four-legged friend is compulsive about this behavior, it may be helpful to consult with a behavior coach.

You are Encouraging Your Dog to Behave Like This

Before looking for the “mistake” only in your dog, you should also question your own actions. Because we often reinforce behaviors that are actually undesirable – for example, paying attention to our dog when he destroys his toys. This probably prompts him to chew everything.

Instead, you can try, for example, playing with your dog when he attacks a helpless plush toy and taking it away from him when he gets overly zealous. This can help teach your dog the keywords. This will make it easier for you to pick up the toy.

Your Dog Satisfies His Hunting Instinct with Toys

Does your dog seem to be nervous when it comes to toys with sound effects? No wonder: the sounds make him think that the toy is an animal. And it awakens your dog’s hunting instinct.

Dogs with excellent hunting instincts tend to ‘hunt’ their toys. But this is perfectly normal because it imitates what a dog would do in the wild when it hunts small prey.

You are Giving Your Dog the Wrong Toy 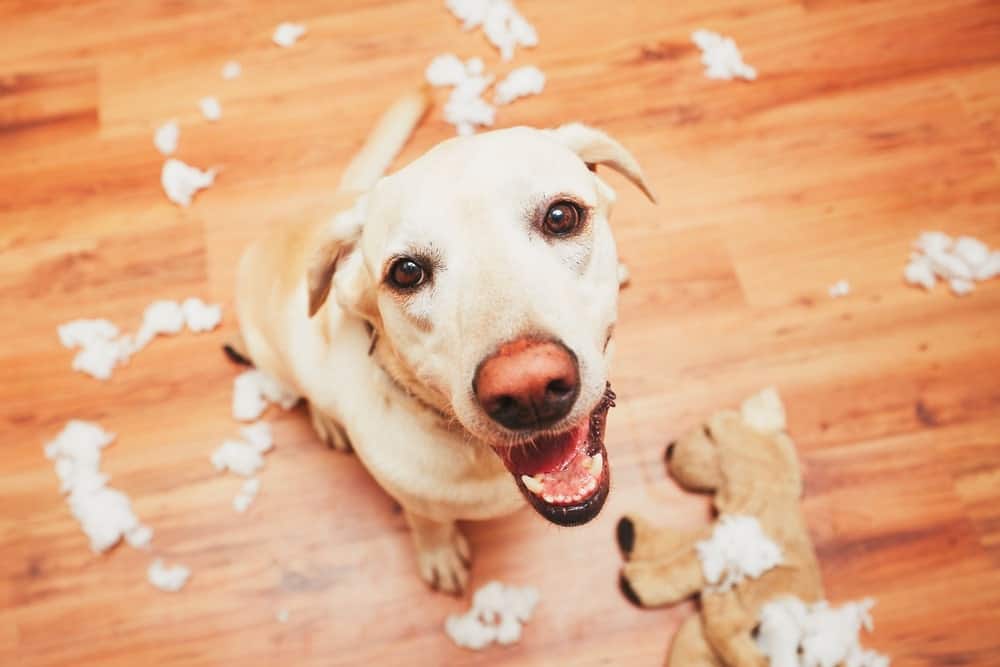 But are there toys that a dog cannot destroy? Of course, some of them are at least more durable than others.

However, sometimes we give our four-legged friends the wrong toys for their instinct to destroy. For example, a stuffed toy is unlikely to resist a determined and possibly bored dog.

For example, if you want to keep your dog busy while you are away, you can use hard rubber toys. For example, it’s usually a toy like Kong that you put food or treats into. They are specially formulated for dogs to chew and are therefore more stable. In addition, manufacturers often give a guarantee on it.

However, when choosing the right chewing device, it is important that it does not have to be overly complicated.

By the way: if a dog toy is broken enough to injure your four-legged friend, of course, it needs to be replaced. In addition, you must immediately collect and dispose of all individual parts of the broken toy so that your dog cannot swallow them.