In equestrian sport, there are different riding styles, which in turn are divided into different forms and disciplines. First and foremost, however, a distinction is made between English and Western. You have probably already seen the English riding style at tournaments in your area or on television. Western is not that common with us, which is why you probably know western riders from films in which they steer their horse with one hand with confidence and ease.

Contents show
1 Where Does Western Riding Come From?
2 Difference From the English Style
3 The Horses
4 The Disciplines
5 Reining
6 Freestyle Reining
7 Trail
8 Cutting

Where Does Western Riding Come From? 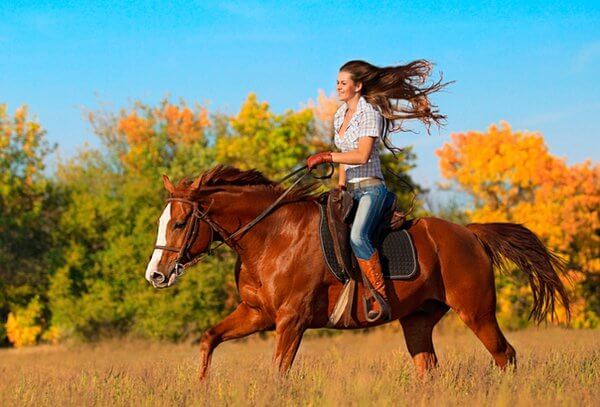 The reason why this riding style is less known to us is due, among other things, to its origin. If you were to take a look at America, it would look very different again. The origin of this way of riding goes back many, many years and evolved differently over time. Not only the Indians contributed to this, but also the Mexicans and the Spanish immigrants, who brought their sturdy horses with them to America. Here, too, the Iberian riding style has had its influence. The style was based on the needs of the riders. Indians rode most of the day, mostly using their legs to maneuver the horses. The cowboys also worked from their horses most of the day and also had to rely on being able to ride with only one hand. The horses also had to be able to meet a number of requirements. They had to be very agile, relaxed, persistent, and robust in order to be able to work on cattle herds.

Difference From the English Style

There are many differences between English and Westerns. One of the most important is the communication between horse and rider. In the English riding style, the emphasis is placed on a support, in the western on stimulating aids. A western horse usually reacts to this impulse, for example, it trots as desired and then stays independently in this gait until the next impulse follows. This made the hours of work on horseback easier not only for the riders, but also for the animals, who now did not have to be permanently highly concentrated, but instead could “switch off” when there was nothing to do. That is why western riding is also a so-called “work riding style”, as it is based on the demands of daily work.

The horses are usually up to 160 cm high at the withers, rather sturdy, and mostly belong to the breeds Quarter Horse, Appaloosa, or Paint Horse. These are the most typical horse breeds because they have the rectangular build of a western horse, which is based on a large shoulder and a rather long back with strong hindquarters. These horses are compact, agile, and have great composure and courage. Of course, horses of other breeds can also be western-ridden if they have these characteristics.

Today there are many competitions and tournaments where western riders can prove their skills and compete with other riders. Just as there is dressage or showjumping in English, there are also disciplines in western.

Reining is the most famous. Here the riders show various lessons, such as the famous “sliding stop”, in which the horse stops at full speed, moving backward, turning (spins), and changing pace. The rider has learned the specific sequence by heart beforehand and shows the required lessons calmly and in a controlled manner, mostly from a gallop.

Freestyle reining is also particularly popular. In this discipline, the rider is free to choose the order in which he shows the lessons. He also chooses his own music and can even ride in costumes, which is why this category is particularly interesting and entertaining for the audience.

You may be familiar with the trailing discipline in a similar way, because this is about proving your skills, such as opening a pasture gate from the horse and closing it again behind you. Horse and rider often have to master a U or L made of bars backward, as well as cross several bars forwards in the basic gaits. The special focus in this discipline is on the precise cooperation between horse and rider. The horse has to be particularly calm and react to the finest human impulses. 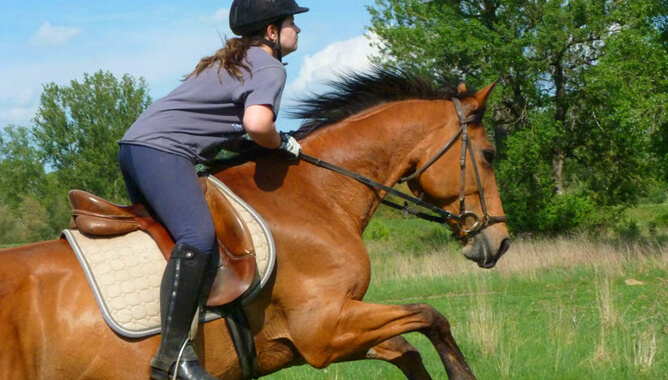 The cutting discipline works with cattle. Cutting means something like “cutting out” because the rider has the task of removing a cattle from the herd within 2 ½ minutes and preventing it from running back there.

Maybe you feel like trying out western riding yourself? Then there is sure to be a riding school in your area that teaches westerns! Inform yourself well in advance and also ask friends or acquaintances whether they have a tip for you on where you can try this equestrian sport. The best thing to do is look on the internet – most riding schools that teach westerns call themselves “ranch” or something similar. Often you can arrange a trial lesson without obligation to test whether you like this riding style and whether it is fun.