If their owners are out most of the day and they have no buddies to play with, cats can get lonely too. They show this most clearly through changes in behavior. Your animal world reveals the warning signs.

They are considered independent, sometimes even aloof – but cats also have social needs. Many long for company. And if it doesn’t get it, a cat can get lonely quickly.

“Domestic cats are a social species,” explains veterinarian Dr. Leticia Dantas opposite the magazine “Catster”. The kitties learn how to deal with each other and social skills when they are kittens. For example, by playing together.

Depending on your cat’s personality, it can therefore make sense to provide her with a four-legged friend. Especially when you see signs in her that she might be lonely. “You can have cats that are friends because they really like each other, not because they have to,” said Marilyn Krieger, a consultant on cat behavior.

Is your cat lonely and longing for a company? This behavior could indicate: If your cat suddenly stops using the litter box and does its business somewhere in the apartment, it can indicate loneliness. However, there can always be medical causes behind uncleanliness – therefore you should definitely have your cat examined by the vet.

If your cat is healthy, changes in how it looks like it may indicate stress. And that can also trigger boredom and loneliness. “Cats are such creatures of habit that they send us good signals,” said Pam Johnson-Bennett, an expert on cat behavior, to “PetMD”. “When you change your routine, it’s like a glowing neon sign.”

Another change to watch out for: your cat’s sleeping habits. When cats are bored, they may sleep more than usual. Loneliness and depression can also mean that the kitties would rather sleep than, for example, play with you.

When a cat is lonely, it can also show this through aggressive and sometimes dangerous behavior. For example, by attacking you while you are about to go out. Here, too, however, the following applies: If a cat is aggressive, it can have various causes. Maybe your cat is sick – or you provoke her behavior.

Is your cat actually more of the calm kind and suddenly meows a lot more than usual? This can also indicate that your cat is lonely. Especially if your cat is the noisiest when you come home after a long absence. Or at night – while you are desperately trying to sleep.

When you left the house everything was still in perfect order – and when you come back were vases broken and armchairs scratched? Your pussy’s destructive behavior could be a result of her loneliness. No wonder: If your cat has nothing to do and nobody to play with, it looks for a “task” for itself.

After all, as predators, the kitties are designed to keep moving and discover their terrain. In the apartment, they quickly let out the pent-up energy on the furniture.

For many masters, it is a good sign when their cats always seem to be around. After all, it shows affection – right? In fact, the attachment could also be a red flag. Because your cat may want more company and interaction. And, the behavior is likely a sign of separation anxiety.

Thorough grooming is important for cats. It becomes problematic, however, if the kitty is too conscientious about the matter – and works her fur so much that she already gets bald spots. So-called overgrooming is often an indicator of stress.

But the opposite should also make you puzzled: If a cat no longer grooms itself, it may also neglect to wash the cat out of loneliness. 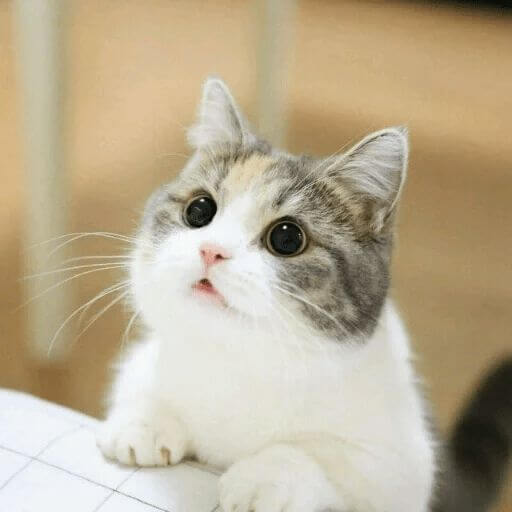 If the cat suddenly eats like a lion, it may be boring and not given enough variety. “Just like us, humans, cats could turn to their food because there is nothing else to do,” explains Pam Johnson-Bennett. “Or the cat eats less because he or she becomes depressed.”

However, if you notice one or more of these changes in your cat, it does not automatically mean that you should get a cat friend for your kitty right away. “It is important to take the cat to the vet to rule out that there is a physical cause,” warns Marilyn Krieger.