The name alone seems dangerous – but toxoplasmosis is not a poison, but infectious disease. It is triggered by parasites that mainly affect cats. The special thing about it: People can also be affected. Quite often …

It is just two to five micrometers in size and lurks all over the world: the single-cell pathogen “Toxoplasma gondii” knows no national borders. And the toxoplasmosis that the pathogen triggers also knows no boundaries with its “victims”. That means: it is actually an animal disease. But it is a so-called zoonosis – a disease that occurs in animals and humans alike.

That means: dogs, wild animals, and birds can also be attacked by the cat parasite. And the pathogen does not stop at humans either. On the contrary: in Germany, around one in two people has been infected with “Toxoplasma gondii” at some point, warns the Pharmazeutische Zeitung.

The Pathogen Wants to Go to Cats 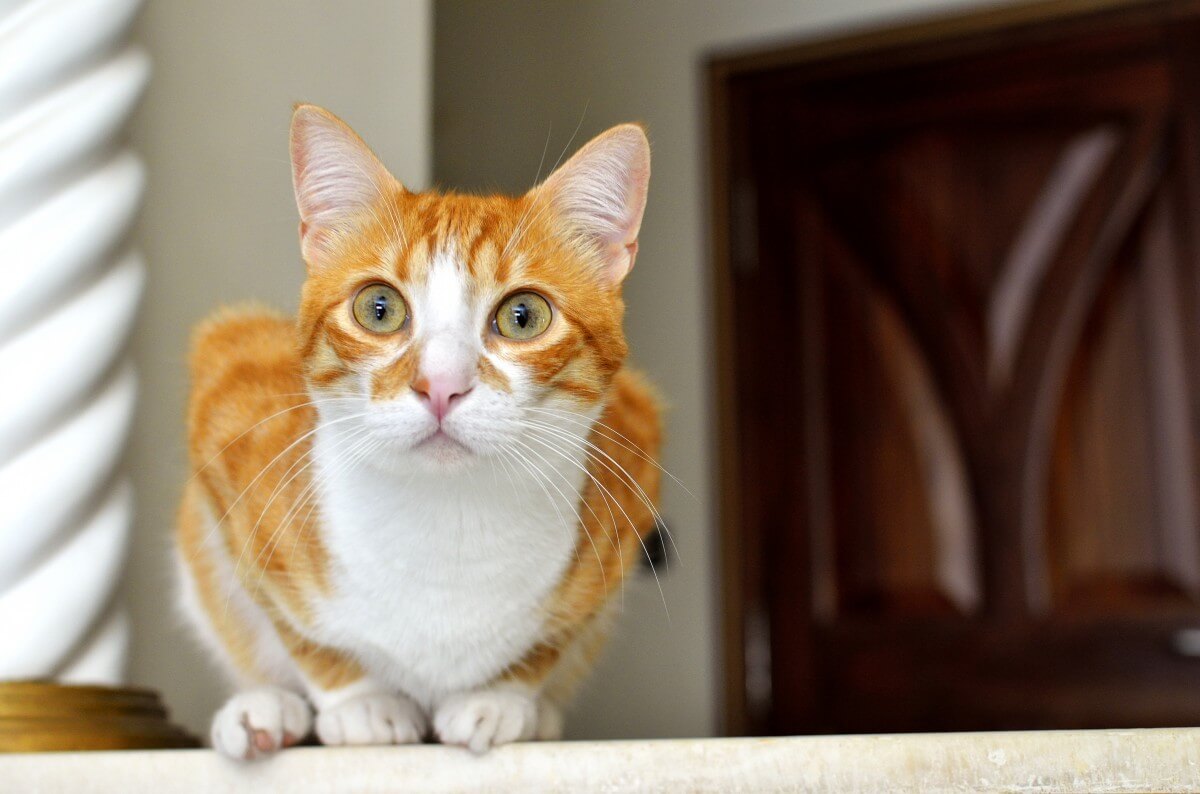 But what exactly is toxoplasmosis? In short, it is an infectious disease caused by parasites. To be more precise: Actually, it is primarily a cat disease. Because: For the pathogen “Toxoplasma gondii” the velvet paws are the so-called final host. To achieve this, however, the pathogen uses intermediate hosts – and that can also be humans. The cats remain his target, they can reproduce in their intestines. Above all, however, only cats can excrete the infectious permanent forms of the pathogen.

If the pathogens reach cats, they usually go unnoticed. Because a healthy adult cat usually shows no symptoms or only a few signs such as diarrhea. In younger and debilitated cats, however, the disease can be quite serious. Typical symptoms are:

Outdoor Walkers are More at Risk

Toxoplasmosis can also become chronic – this can lead to gait disorders and convulsions, gastrointestinal complaints, emaciation, and inflammation of the eyes. But: A chronic disease can only occur in cats with a disturbed immune system.

As with other animal species, the offspring of cats can become infected within the uterus. Possible consequences are miscarriages or damage to the kitten.

The good news: after an infection, cats are usually immune for life. Cats usually become infected by eating infected rodents such as mice. Therefore, outdoor cats are more likely to be affected than indoor cats. Nonetheless, even a purely domestic cat can become infected – if it eats raw, contaminated meat.

People Often Get Infected Through Food

People are also often infected through food. On the one hand, this can be meat from infected animals. On the other hand, people can also become infected through fruits and vegetables that grow close to the ground. The insidious thing: The pathogens only become contagious after one to five days in the outside world, but they are very long-lived – they can remain infectious for up to 18 months in a suitable environment such as moist earth or sand. And so get into fruits and vegetables.

The litter box can also be a source of infection – if it is not cleaned daily. Because the pathogens only become contagious after one to five days. In the case of outdoor animals, the risk of infection can therefore also lurk in the garden or in sandboxes.

Up to 90 Percent Have No Symptoms

There are usually two to three weeks between infection and the onset of the disease. Children or adults with a healthy immune system usually do not feel the infection. More precisely: In around 80 to 90 percent of those affected, there are no symptoms.

A small proportion of those infected develops flu-like symptoms with fever and inflammation and swelling of the lymph nodes – especially in the head and neck area. Very rarely, inflammation of the retina of the eye or encephalitis may occur. This can lead to paralysis and an increased tendency to seizures, for example.

On the other hand, people with a weakened immune system or immune system that has been suppressed by drugs are at risk. The infection can become active in them. Among other things, an infection of the lung tissue or inflammation of the brain can develop. Patients who have had a transplant or are infected with HIV are, particularly at risk.

Pregnant Women are Particularly at Risk

However, pregnant women and their unborn children are particularly at risk: the fetus can come into contact with the pathogens via the mother’s bloodstream – and cause the unborn child, for example, to have water on the head with brain damage. The children can come into the world blind or deaf, and developmentally and motorically more slowly. Inflammation of the retina of the eye can also lead to blindness after months or years. Miscarriages are also possible.

How often pregnant women are affected is not entirely clear. For example, the Robert Koch Institute (RKI) writes in a study that there are almost 1,300 so-called “fetal infections” every year – that is, the infection is transmitted from mother to child. The result is that around 345 newborns are born with clinical symptoms of toxoplasmosis. In contrast, however, only 8 to 23 cases are reported to the RKI. The experts’ conclusion: “This indicates a strong under-reporting of this disease in newborns.”

There is an antibody test for pregnant women for early detection. In this way, it can be determined whether the pregnant woman has already had an infection or is currently infected. Only: The test is one of the so-called hedgehog services, so pregnant women have to pay the 20 euros themselves. 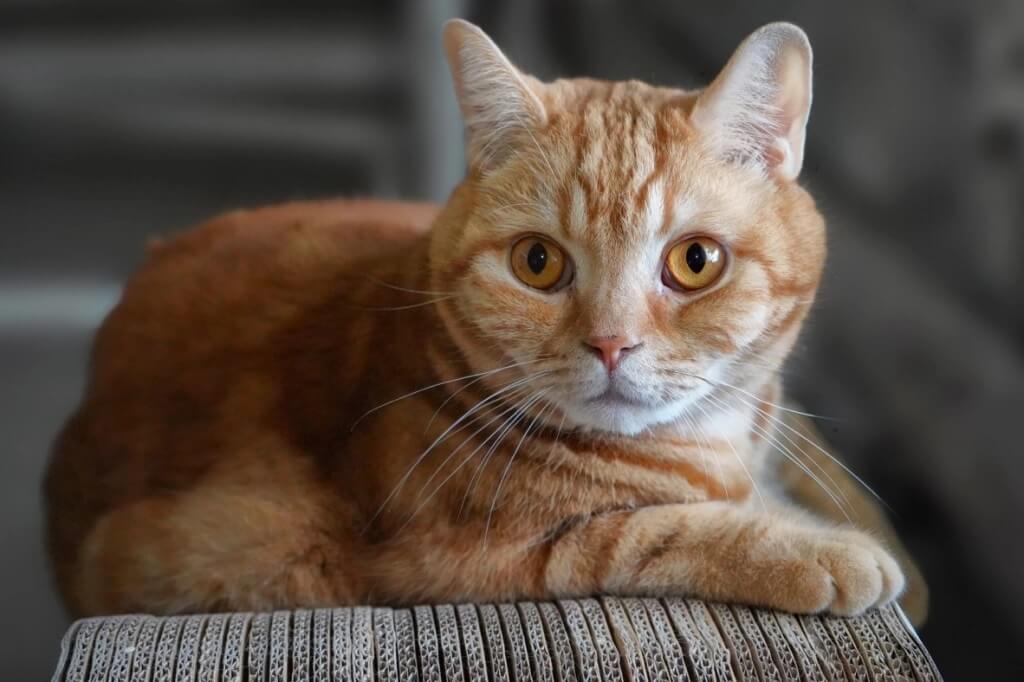 Since an acute toxoplasmosis infection can seriously damage the unborn child, pregnant women are happy to pay for the test, which costs around 20 euros, out of their own pocket. The health insurances only pay for the test if the doctor has a reasonable suspicion of toxoplasmosis.

The IGeL Monitor has just rated the benefits of these tests as “unclear”, as the German Medical Journal writes. “There are no studies that suggest a benefit for mother and child,” said the IGeL scientists. Studies show that the test can lead to false-positive and false-negative results. This would lead to unnecessary follow-up examinations or unnecessary treatments. But: The IGeL team also found “weak indications” that, in the event of initial infection with toxoplasmosis during pregnancy, early drug therapy can alleviate the health consequences for the baby.

The professional association of gynecologists criticized the report and emphasized that the RKI considers it sensible and desirable to determine the antibody status of women before or as early as possible in pregnancy.

And Barmer recommends: “If a pregnant woman is infected with toxoplasmosis pathogens, the amniotic fluid should be examined. It shows whether the unborn child has already been infected. If in doubt, the doctor can also use umbilical cord blood from the fetus to search for the pathogen. Some of the organ changes triggered by toxoplasmosis can already be visualized in the unborn child by ultrasound. “