A fish that can nibble off other people’s fins is usually not a good aquarium fish. Unless it is very conspicuously colored like the tiger barb and there is plenty of other fish with which it can be socialized. 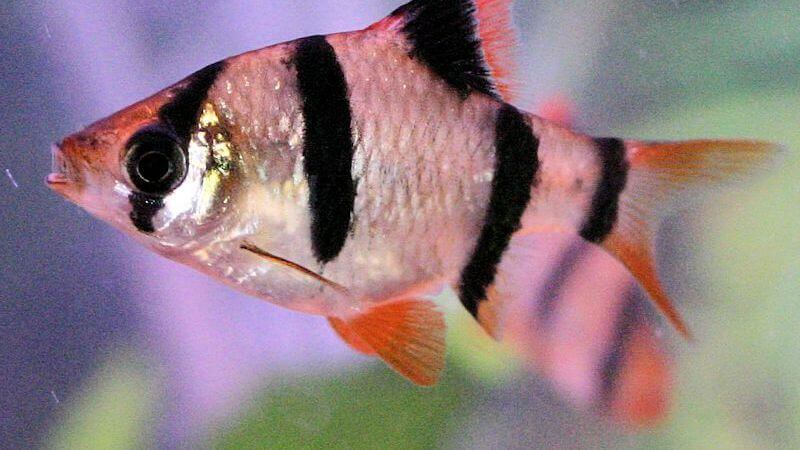 Interesting facts about the Tiger Barb

The maximum length is 6 cm. Males stay smaller than females.

The exact origin is uncertain, but it is probably not Sumatra. If it is actually P. navjodsodhii (since this species is not traded as wild-caught), it is Kalimantan on Borneo. There they occur in almost plantless, relatively cool, easily flowing waters.

Females are noticeably fuller and have a higher back than males. As young animals, the sexes are difficult to distinguish.

One or more well-nourished pairs – the females should be clearly round – are used in a small aquarium with spawning rust or fine plants (mosses) on the substrate and water from the housing aquarium at 24-26 ° C. Then 5-10% is replaced with cool fresh water. The fish should spawn after two days at the latest. Up to about 200 eggs can be released per female. The larvae hatch after a day and a half at the latest and swim free after about five days. They can be fed with infusoria and after about ten days with newly hatched Artemia nauplii. They are sexually mature after about five months.

The tiger barb can live a maximum of seven years.

Sumatran barbs are omnivores. It can be based on flake food or granules that are served daily. Live or frozen food should also be served once or twice a week.

So that the tiger barb can show its full behavioral repertoire with harmless little skirmishes and hunts, at least a troop of ten specimens should be kept, whereby the gender composition is not important.

An aquarium for these lively and swimming-happy barbels should hold at least 112 L (80 cm edge length).

The pool setup does not play a major role. Roots, stones, and lots of plants in which the fish can withdraw from time to time make sense. The colors appear stronger over a dark substrate.

Sumatran barbs may only be cared for with other fast swimmers, such as other barbs, danios, loaches, etc. In slow swimmers, especially those with large fins such as Siamese fighting fish or guppies or those with pelvic fins such as angelfish or gourmets, they nibble on the fins can annoy and damage the other fish very severely. This also applies to slow bottom fish such as armored catfish, whose dorsal fins are endangered. 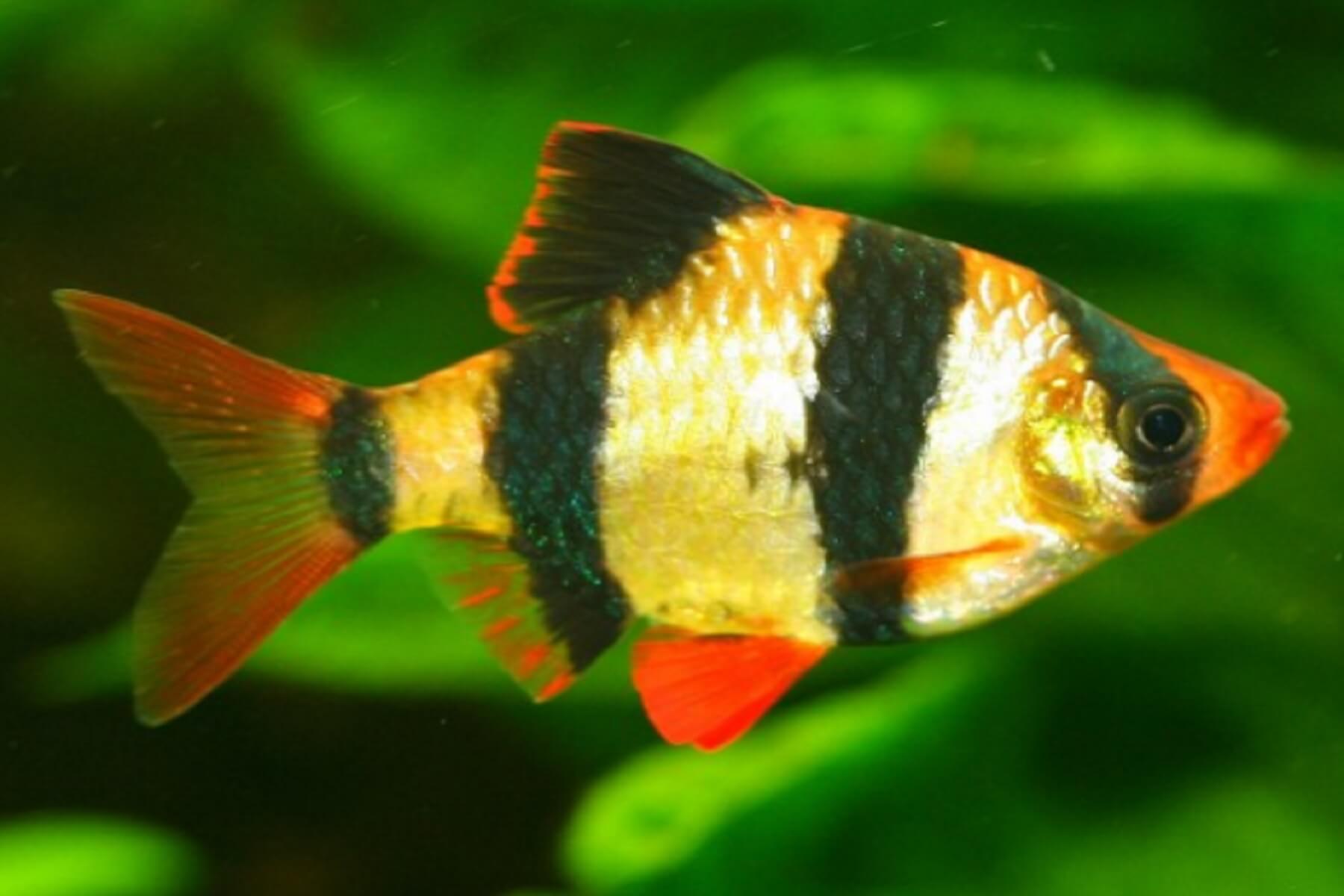