Anyone with an outdoor cat will sooner or later stumble upon dead mice or birds that the kitty proudly preyed on. The hunting behavior is not only annoying – but it also threatens local wild animals. Now scientists seem to have figured out how cats hunt less.

Around 14.7 million cats live in German households – more than any other pet. No question about it: the kitties are popular. But there is one quality that makes their families white-hot: when the velvet paw chases mice and birds and lays the prey in front of the door.

It is estimated that cats in Germany kill up to 200 million birds every year. Even if this number is too high according to the assessment of the NABU bird expert Lars Lachmann – in some places cats can cause considerable damage to the bird population.

Therefore it is not only in the interest of the cat owners that their kitties no longer bring “presents” with them. But how do you do that? Outdoor cats often hunt on their forays not out of hunger, but to live out their hunting instinct. And that’s no wonder – after all, they are usually adequately cared for at home. 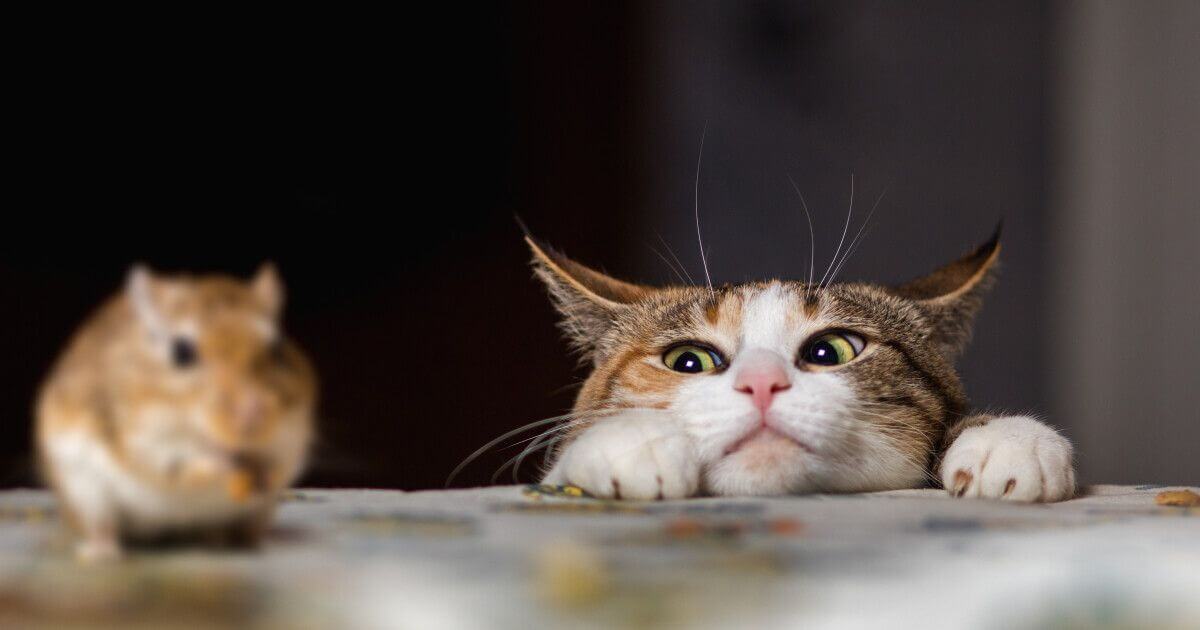 A study has now found that a mix of meat-heavy food and hunting games is the best way to deter cats from actually hunting. Eating grain-free food resulted in cats putting third fewer mice and birds in front of the door than before. If the kitties played with a mouse toy for five to ten minutes, the number of hunting trophies fell by a quarter.

“Cats like the excitement of the hunt,” explains Professor Robbie McDonald of the University of Exeter to the Guardian. “Previous measures such as bells tried to prevent the cat from doing so at the last minute.” In their attempts with bells on the collar, however, the cats killed just as many wild animals as before. And a collar for outdoor cats can be life-threatening.

“We tried to intercept them in the first place by fulfilling some of their needs before they even think about hunting. Our study shows that owners can influence what the cats want to do without any intervening, restrictive measures. ”

The researchers can only speculate as to why exactly this meat diet leads cats to hunt less. One explanation is that cats fed food with vegetable sources of protein may have some nutritional deficiencies and therefore hunt.

Cats That Play are Less Likely to Hunt Mice 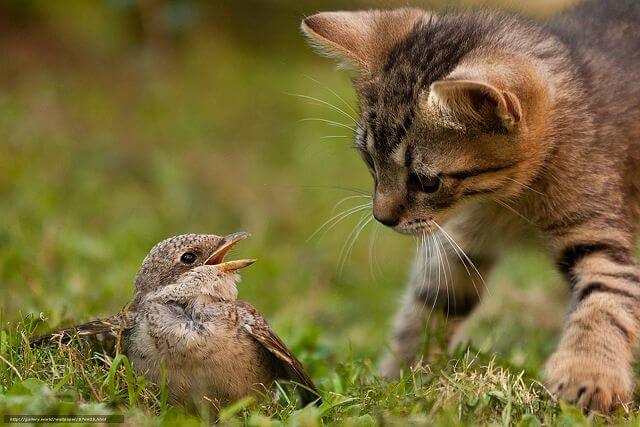 219 households with a total of 355 cats in England took part in the study. For twelve weeks, the cat owners made the following attempts to reduce hunting: feed good quality meat, play fishing games, put on colorful bell collars, play games of skill. Only the cats that were given meat to eat or were able to chase feather and mouse toys killed fewer rodents during that time.

Playing reduced the number of mice killed, but not that of birds. Instead, another measure turned out to be lifesaving for the birdies: colorful collars. Cats that wore these killed around 42 percent fewer birds. However, this had no effect on the number of mice killed. In addition, many cats do not want to put collars on their outdoor cats. There is a risk that the animals get caught and injure themselves.

Both fewer birds and fewer mice caught cats fed a high-quality, meat-rich diet. The researchers have not yet investigated whether the positive effects on hunting behavior can be increased by combining meat food and playing. It is also unclear whether longer play units would also further reduce the number of mice killed.

By the way, playing is something that most of the participants in the study want to continue after the observation period has ended. With high-quality meat food, on the other hand, only a third of the cat owners are willing to continue feeding it. The reason: The premium cat food is simply more expensive.

This is How You Keep Your Cat From Hunting 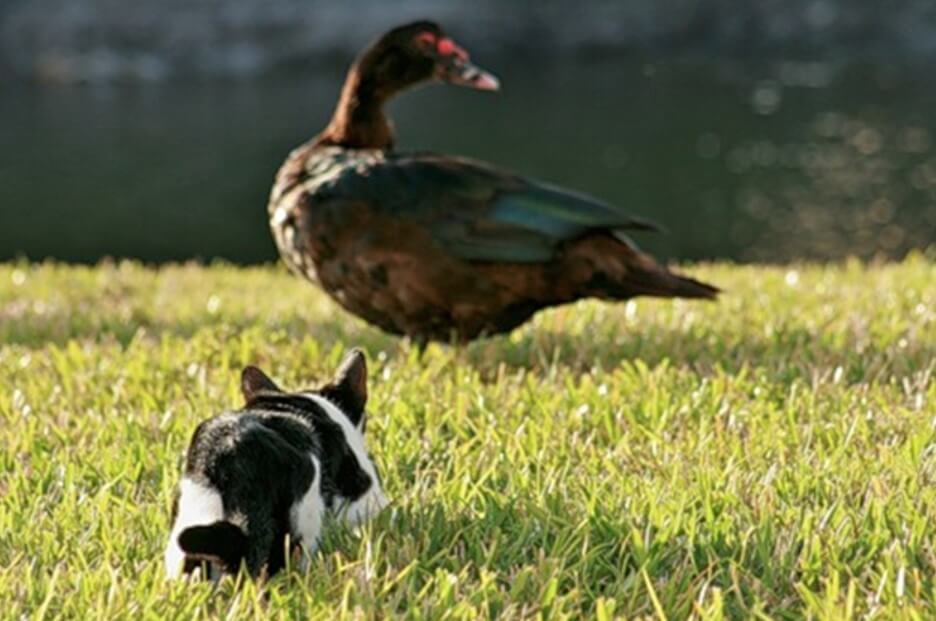 NABU bird expert Lars Lachmann gives further tips with which you can keep your cat from hunting:

In general, however, the expert makes it clear that the biggest problem for birds is not in outdoor cats, which mostly hunt just to pass the time, but in feral domestic cats. Because they actually hunt birds and mice to cover their food needs. “If it were possible to reduce the numbers of feral domestic cats, the problem would certainly have been reduced to a tolerable level.”