Cats show us their affection in a variety of ways. Sometimes we misinterpret their behavior completely. Find out if your cat will lay its heart at your feet!

Cats often use subtle physical signals to show us their affection. Sometimes the feline tokens of love are clear, sometimes there are misunderstandings between cat and human. But even if the cat clearly shows affection, many cat owners are unsure: Can your cat really love them? Many cat owners wonder if their cats can truly love them. Scientists have found that cats do love us in some ways. Because cats can bond with their owners in the same way that children bond with their parents. This was shown by a study by Oregon State University. So cats are clingy. That they only see their owner as a can opener is just a prejudice.

Top 5 proofs of love from a cat to us

So cats can love, but how do they show affection? These five behaviors are sure signs that your cat has a deep trust in you.

Kicking kittens to stimulate mother’s milk flow. Kneading becomes an expression of the highest level of security that adult cats maintain towards us. Kicking and kneading, also known as milk kicking, is proof of your cat’s love.

Head rubbing is a real token of love for cats! The scents that the cat wets us with are called pheromones and are imperceptible to us. But all the more for our velvet paws, because they mean: “We belong together!” This is how your cat shows affection.

Why Do Cats Rub Against Shoes

Many a cat has a shoe bug – especially when it comes to the smelly specimens on the shelf. Cats rely primarily on scent messages for intraspecific communication. Pheromones are exchanged among each other or distributed around the environment, acting as “invisible notes” that cats leave for each other and for themselves. Pheromones, which are formed in the face area, are distributed by rubbing the head and mean: “You belong to me!” The same applies to shoes, which normally bring in strange smells from outside. The latter is “overwritten” by rubbing your head.

Intense staring punctuated by slow blinking is how cats show trust and affection. By blinking, they also want to show their counterpart that they are in a peaceful mood. Blinking back is encouraged! There are other gestures you can use to show your cat that you love them.

A cat that lets itself be stroked on its belly, its most sensitive part, grants us a great trust bonus and thus shows us its love. According to Lena Provoost, an animal behaviorist at the University of Pennsylvania, the hair follicles on the abdomen are particularly sensitive. That’s why very few cats enjoy being stroked at this point.

However, turning onto your back is not always a vote of confidence. It can also be defensive. However, if the cat enjoys being stroked on the belly by you, this shows your affection. Even cats that sleep on their stomachs feel safe.

Mutual grooming not only creates a sense of community among cats but humans are also included in this relaxing ritual when they are loved by the cat. When cats devotedly brush us with a rough tongue, we are almost completely part of the family.

Top 3 Misunderstandings – Can This Really Be Love?

We often interpret these 3 behaviors of our cats as a token of love or an affront – what is really behind it?

When cats stay by our side, following our every move and seemingly unable to be without us, it may be flattering to our ego at first. But can that really be cat love – or is it rather a lack of self-confidence and a feeling of insecurity, both unconsciously strengthened by our behavior? There is a line between a purring burdock and a real control freak, crossing which is associated with a lot of stress – on both sides.

When cats bring us prey, it’s not necessarily a sign of their undying love. Rather, the “gift” goes back to the behavior of wild cats: as the young grow up, the mother cat begins to bring them live prey so that they can learn to hunt.

Therefore, if a cat brings its prey home with it, it may well want to say what lousy hunters its people are. Perhaps she also believes that her people are not yet able to take care of themselves well enough. Console yourself with the thought that your cat probably only means well by you. 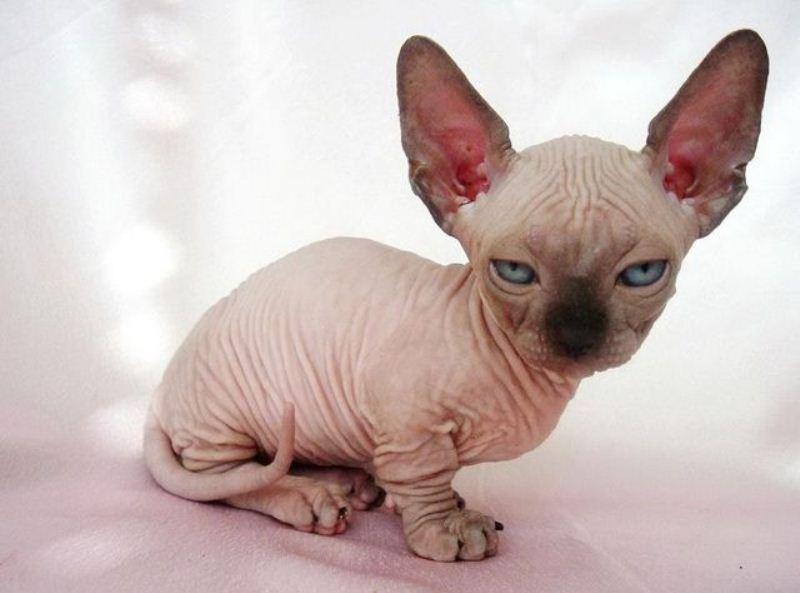 It’s no secret that unneutered tomcats mark their territory with urine trails that even non-cats can smell ten feet upwind. But sometimes neutered tomcats and cats also show this behavior towards us – fortunately without any urine! Cat behavior expert Jackson Galaxy speaks of “sham marking” and evaluates this behavior pattern as a real token of love. So no reason to feel offended when tomcat once again demonstratively stretches his bottom and lets his tail vibrate. This dry run represents well-being and positive excitement.