A dog that constantly growls and snaps its teeth – very few people want this. Researchers have found that some dog breeds are more aggressive than others.

Aggressive dog behavior can be a real problem and, among other things, negatively affect their well-being and public image. But why do some four-legged friends behave aggressively? To find out, scientists from Helsinki conducted a study that was recently published in the journal Nature.

As a result, older dogs, males and fearful ones, small in size and not in contact with other dogs, or their owners’ first dogs tend to be more aggressive. In addition, the researchers found that some dog breeds are more prone to aggressive behavior than others.

These Dog Breeds Are Especially Aggressive Towards Humans 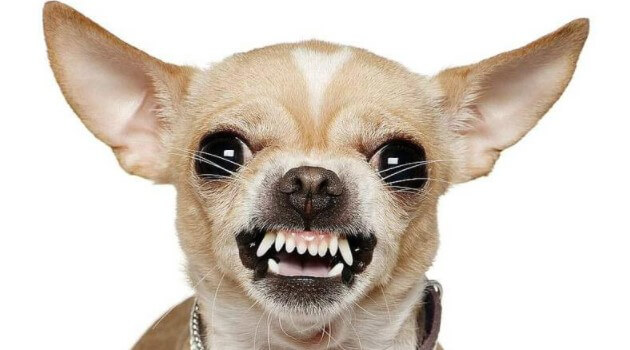 Of all the dog breeds studied, the Rough Collie was the most aggressive towards humans. This breed also often exhibits another problematic behavior, namely fear. Miniature Poodles, Miniature Schnauzers, German Shepherds, Spanish Water Dogs, and Lagotto Romagnolo have also been found to be aggressive dog breeds, according to the study.

With this, the researchers confirmed previous studies according to which Miniature Poodles and Schnauzers exhibit above-average aggressive behavior towards strangers, and Lagotto Romagnolo quickly becomes aggressive towards family members.

By the way, the German Shepherd is often included in the annual statistics of bites – more often than the supposedly dangerous dogs on the list. Of these, the researchers only examined the Staffordshire Bull Terrier, which belonged to a group of less aggressive dog breeds.

What breeds of dogs are unlikely to be aggressive? According to the study, the most peaceful were Labradors and Golden Retrievers.

“In common family dogs, aggressive behavior is often undesirable, while some dogs on duty may also be aggressive. At the same time, aggressiveness can also be caused by a health problem such as chronic pain, ”study author Salla Mikkola explains to Science Daily. This is why it is so important to understand the factors underlying aggressive behavior.

Of course, you have to keep in mind that the breed itself does not automatically make the dog aggressive. Other factors, such as age and size, also influence the likelihood of problematic behavior.

For example, small dogs are more aggressive than large dogs. However, research has shown that owners are less likely to take action against the aggressive behavior of their little four-legged friends because they do not perceive it as a threat.

The study suggests that educating dog owners and improving breeding practices can improve the situation. The connection between fearful and aggressive dogs is especially evident. Frightened four-legged friends displayed more aggressive behaviors, such as growling.