Water makes completely different demands on the sensory organs than air. So, of course, the sea creatures also have to adapt to the conditions in order to find their way around the underwater world. Here you can learn more about the senses of fish and how they work.

The Sense of Sight

The majority of fish are naturally nearsighted. This means that they can only see objects clearly that are about one meter away from them. The lenses of the fish eyes are spherical and rigid. It cannot change its shape and therefore cannot focus on objects at different distances. With the help of a special muscle, however, fish can pull the lens further back into the eye and thus direct their attention to objects that are further away. Since visibility is generally poorer underwater than on land, this is not so important for fish. Incidentally, some deep-sea fish have very large eyes so that they can capture as much residual light as possible in the depths.

The Sense of Smell and Taste

The sense of smell and taste of fish can be combined into one sense. The fish perceive the smallest chemical components. Migratory fish such as salmon or eel orient themselves on their long journey with the help of their sense of smell. Thus, this sense is a million times finer with fish than with us humans. In this way, they can absorb the smallest odor particles in the water and use the information. That’s why sharks, for example, can see a single drop of fresh blood from a great distance. The predators depend on it to find food in the vastness of the ocean.

In contrast to us and other animals, the sense of taste in fish is not limited to the mouth. For example, a catfish has sensory buds all over its skin.

There are also small nostrils near the fish’s eyes. These are closed with a kind of inlet and outlet valve. Behind this valve is an odor chamber. This is lined with a carpet of cells consisting of more than a million nerve endings. The information that the fish absorbs is processed in the olfactory lobe of the brain.

The Sense of Hearing

Contrary to what many people might think, fish have ears. These are not visible because they consist of small tubes filled with liquid that lies behind the eyes of the fish. In their function, they resemble the inner ear of terrestrial vertebrates. The fish picks up sound waves through the small ear stones made of lime floating in liquid, as these stones are made to vibrate. These movements stimulate sensory cells that transmit the information to the brain.

The Sense of Touch

Fish have various organs such as barbels and pectoral fin threads for touching. However, in order to be able to locate sound waves correctly, fish have another, much more sensitive organ. This is also necessary because sound waves propagate four times as fast underwater as they do on land. Without this special sense, the fish has problems locating the source precisely.

That is why fish have a sense of remote touch, the so-called lateral line organ. The animals can perceive and localize currents as well as vibrations and sounds.

Externally, the sideline can be seen as a fine longitudinal stripe on the fish’s body. A tube filled with mucus runs under the skin. This is connected to the outside world via fine pores. As with the ear, this tube has fine sensory cells. These are set in motion by pressure waves.

But how exactly does this sideline system work? When a fish swims, a kind of water column is created in front of it. As long as the path is clear, the fish knows that there is no obstacle – such as an enemy – in its way. If this is the case, the pressure wave is thrown back and hits the lateral line organ. Depending on how strong this wave is and from which direction it comes, the fish receives information about the size, distance, and shape of the object. The location via this organ is much more specific than via the ear.

In this way, fish can also orientate themselves completely blindly in their environment, because the lateral line organ provides them with three-dimensional information. That is why they do not swim against the panes in aquariums, for example, even though they are invisible. The sideline organ also ensures that fish do not collide in a school. 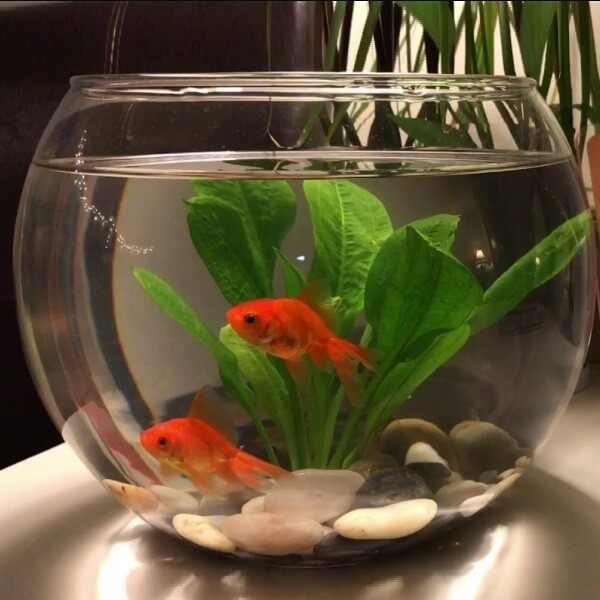 Many fish have other senses or organs that humans completely lack: the electrical organs. As the name suggests, these can generate electrical voltages and serve the animals for orientation, communication, defense or to catch prey. The stronger discharges are used for defense and hunting, the weaker ones are for electrical location and communication. The fish send an electric field and can also receive it. The aquatic inhabitants can also use this field to detect obstacles, for example.