After dogs, cats, small animals, and birds, ornamental fish have also become very popular in households. However, when it comes to choosing which aquarium inhabitants to choose, making the decision can be a real challenge. Because there is a multitude of ornamental fish species that feel comfortable in a freshwater aquarium. We give you an overview of the most popular types of fish and show you what you should definitely pay attention to. 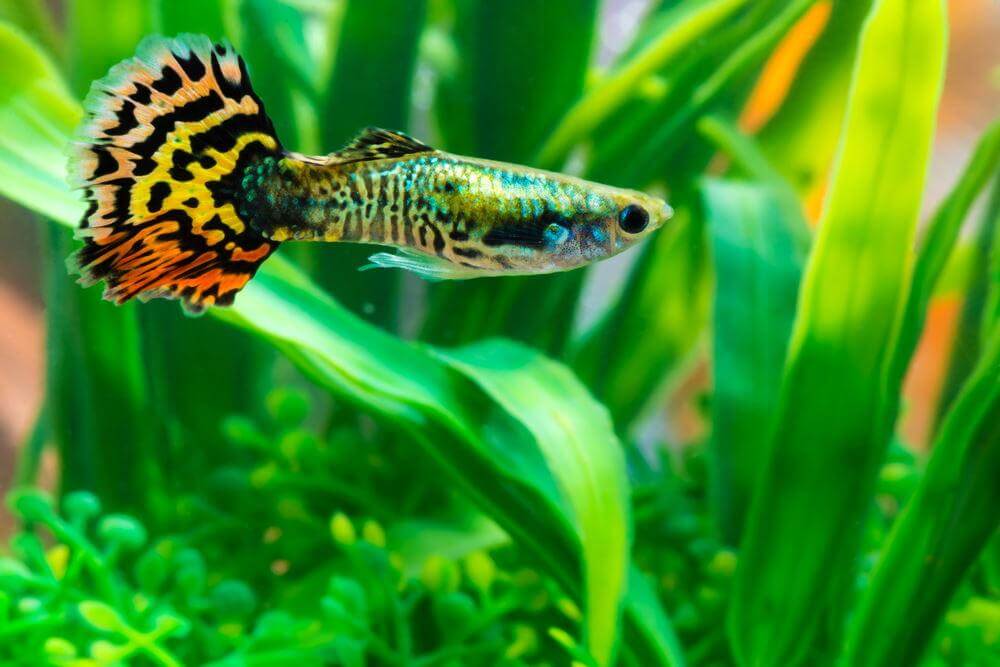 The colorful guppies can be found in almost all aquariums and are the undisputed number one among fish lovers. Since the tooth carps are very likely to reproduce, they are also called “million fish”. They appear in numerous different colors and are considered robust fish that forgive even small care mistakes. For this reason, guppies from America are also recommended for beginners in the aquarium hobby. 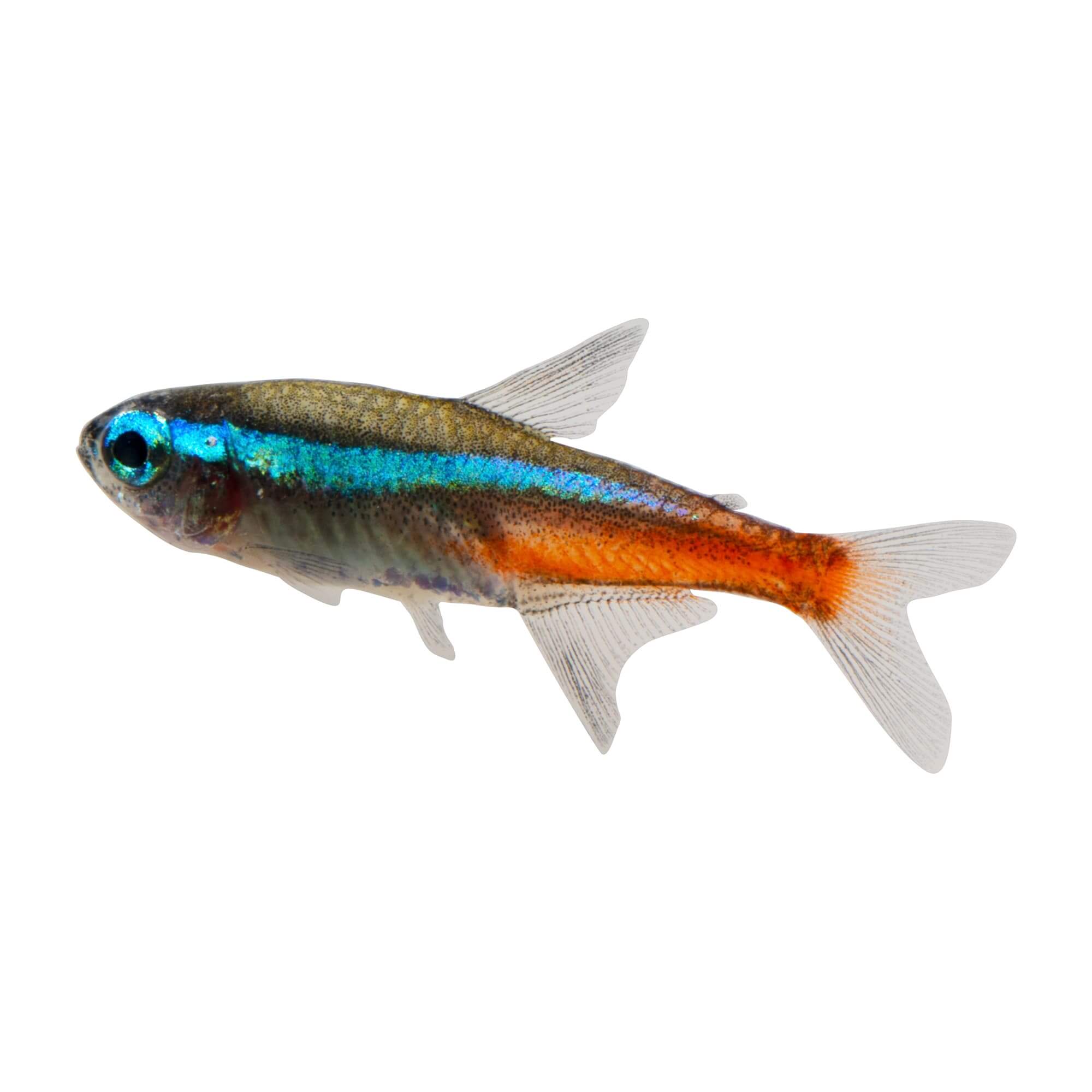 The neon tetra (also called “neon fish”) are among the best-known representatives of the tetra and, like the guppies, are also very popular. No wonder, because they captivate with their shimmering and reflective colors, which make the fish literally shine in the incident light. This species of fish, which remains small, lives in shoals and therefore feels right at home in a larger group of ten or more fish. Their calm character has a positive effect on socializing with other fish species and brings a certain calm to your aquarium. 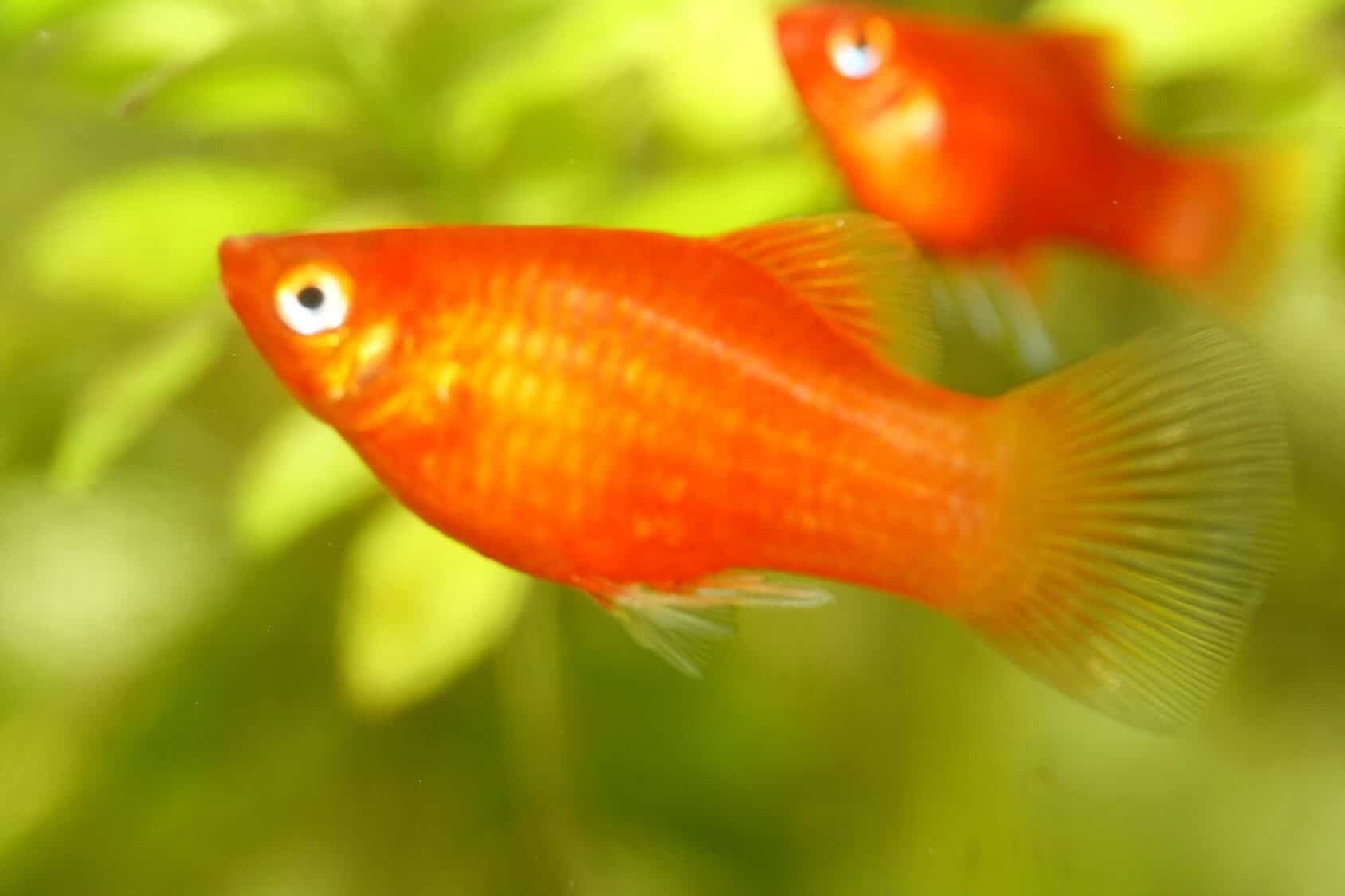 The platy is also a fish that can be found in many aquariums and is very similar to the guppy described above. It also inspires numerous interesting color variations and shapes. Due to the liveliness, robustness, and simple feeding requirements of these tooth carps, the fish are ideally suited as stocking in a community tank for beginners. 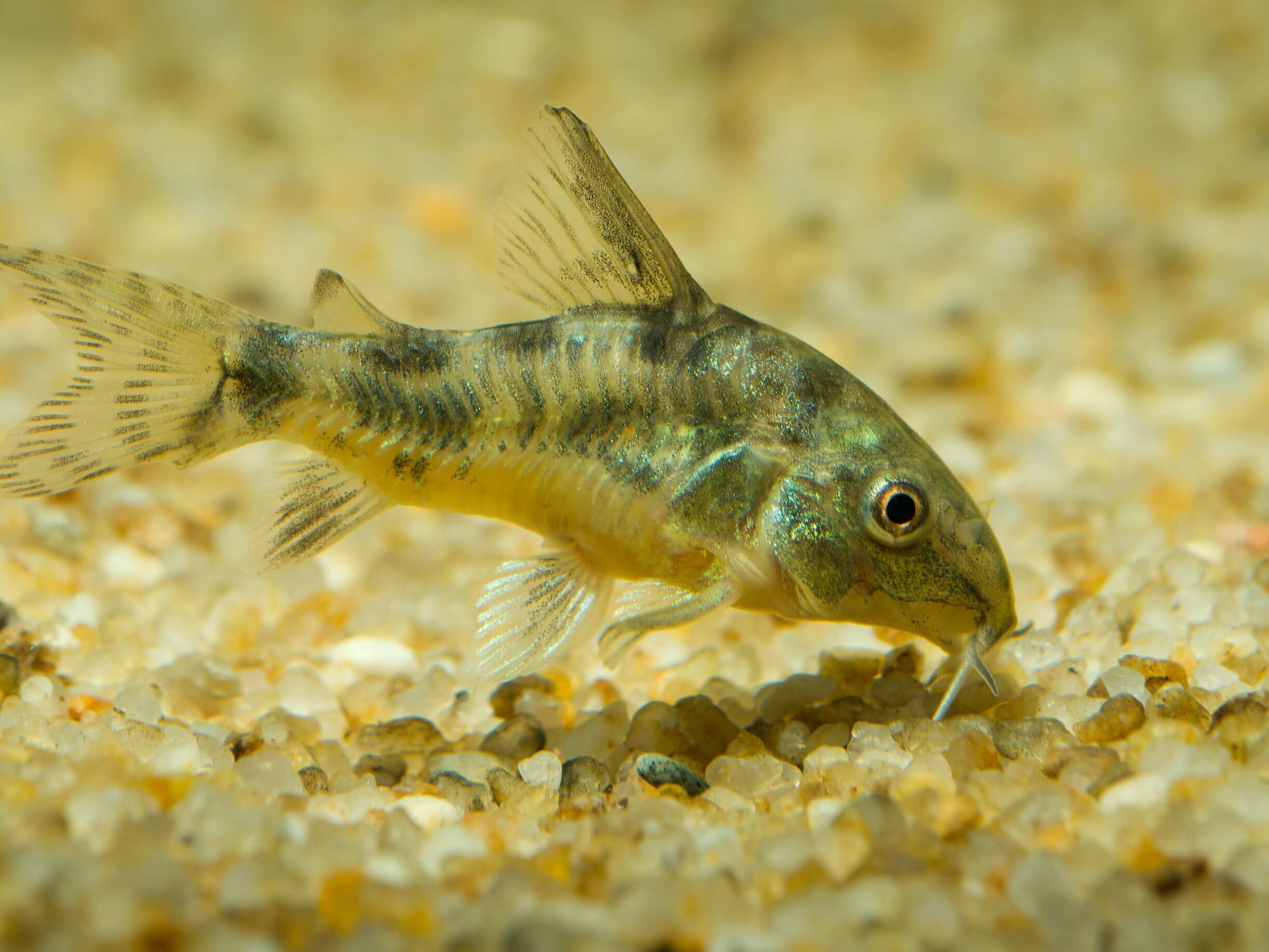 The hard-working catfish has excellent cleaning qualities and ensures a clear view in almost every aquarium. While searching for food, he likes to suck on the panes and plants and rid them of the algae. The catfish is a very sociable and uncomplicated fish that can easily be socialized with other small freshwater fish. If you want several catfish in your aquarium, you can easily breed the fish from South America by keeping one male and one or two females. Otherwise, the catfish won’t blame you for being the only window cleaner in your aquarium. 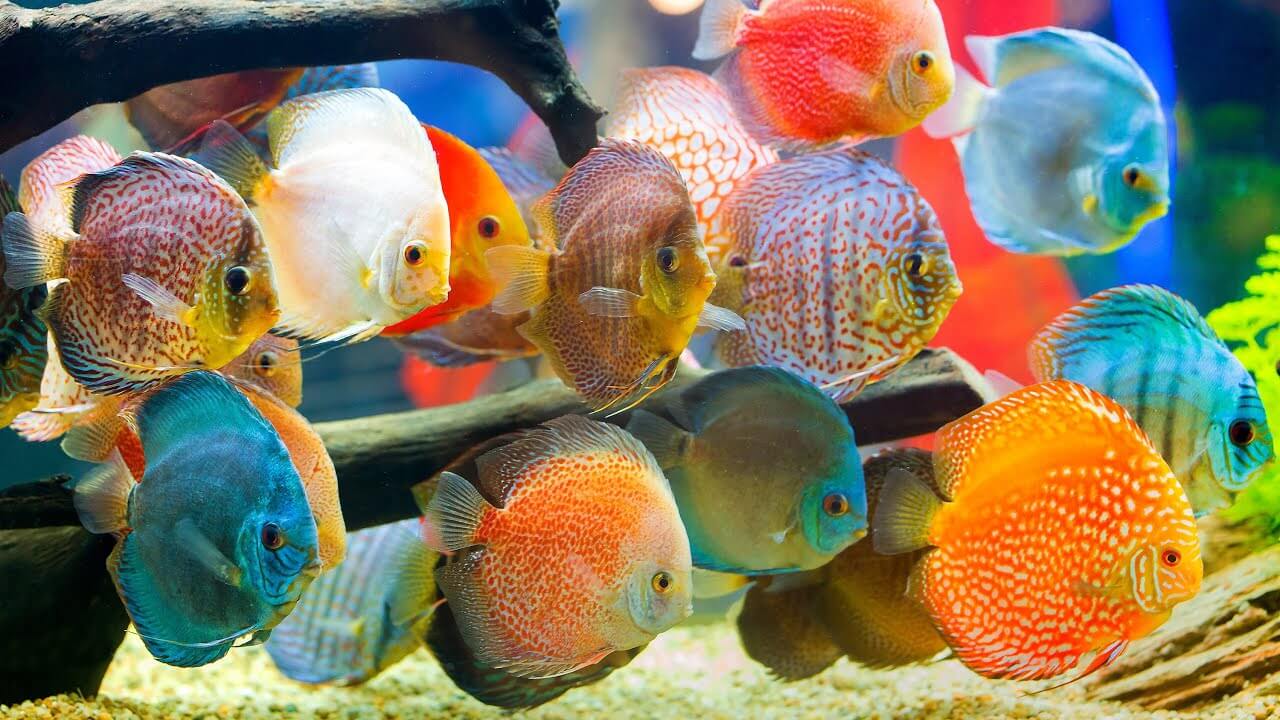 The fish, which belongs to the cichlid family, is particularly popular due to its stately size of up to 20 centimeters and the wide variety of colors and drawings. The conspicuously narrow body shape is very reminiscent of a disc, from which its name can ultimately be derived. Unlike the fish species already mentioned, the discus fish is very demanding in terms of keeping and water requirements, and the tank size should be at least 250 liters. In addition, the South American cichlid is very susceptible to parasites and bacterial diseases. 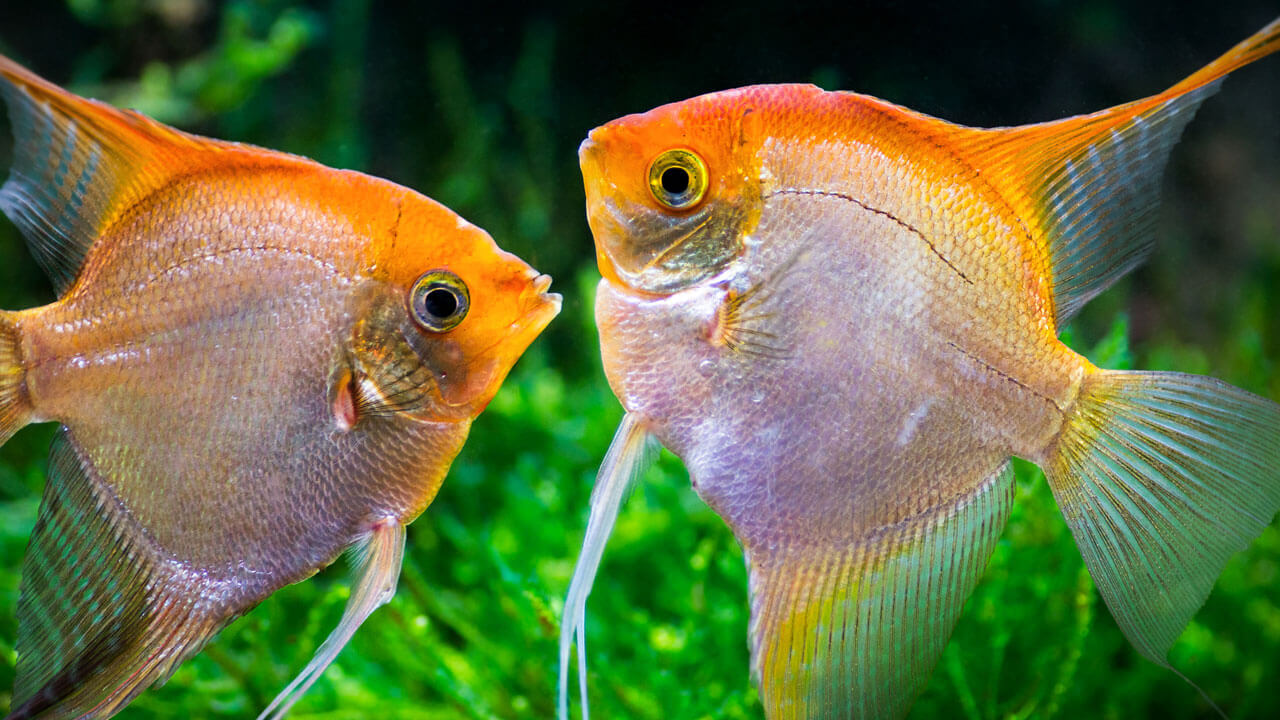 The cichlid, also from America, is a real eye-catcher. What is striking is the elegant appearance, which the scalar owes to its flat and triangular shape, the extraordinarily long fin rays, and the dark vertical stripes. In addition, the scales of the so-called sailfish shimmer in a wide variety of colors. For group animals who like to swim, the aquarium should be at least 120cm long. Since these fish species are omnivores and seem almost insatiable, care should be taken to ensure that the gluttonous little person is not overfed. With good care, the scalar, which is up to 15 centimeters in size, can reach an age of up to 15 years.