Whether Japanese pond style, Mediterranean, or English shapes – there are no limits to the visual design options. Here you can find out exactly how the different pond styles differ, what is important during construction and which materials you should use. 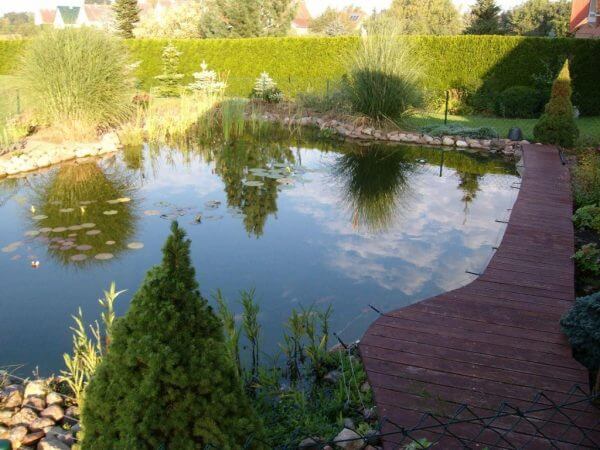 A near-natural pond is something for people who enjoy nature in its originality more than strict, geometric shapes. Such a pond has a loose, non-geometric shape that fits into the surroundings. It is therefore particularly well located within a green area; the natural effect would be lost on a terrace or in a gravel bank. Characteristics of such a pond are a multitude of plants growing “wildly”, which make the pond look like a swamp. In addition, natural stones are used and if there is a waterfall, it does not appear constructed, but natural. 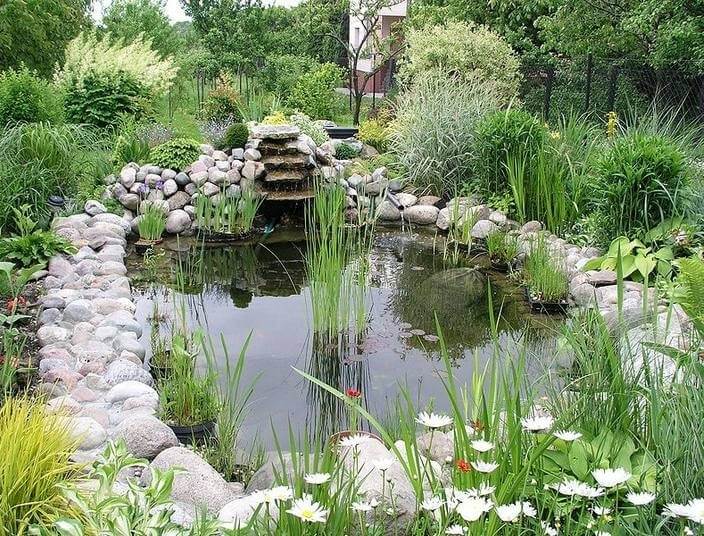 An artificial pond is similar to modern art: You can find geometric and above all rectangular shapes, both in the shape of the basin and in the design in and around the pond. Often such a pond is embedded in the terrace, where it is delimited with concrete, tiles, or tiles. It does not aim to appear natural but is obviously arranged. Often you will find fountains or modern light elements in such ponds, but installed streams also appear artificial and puristic. 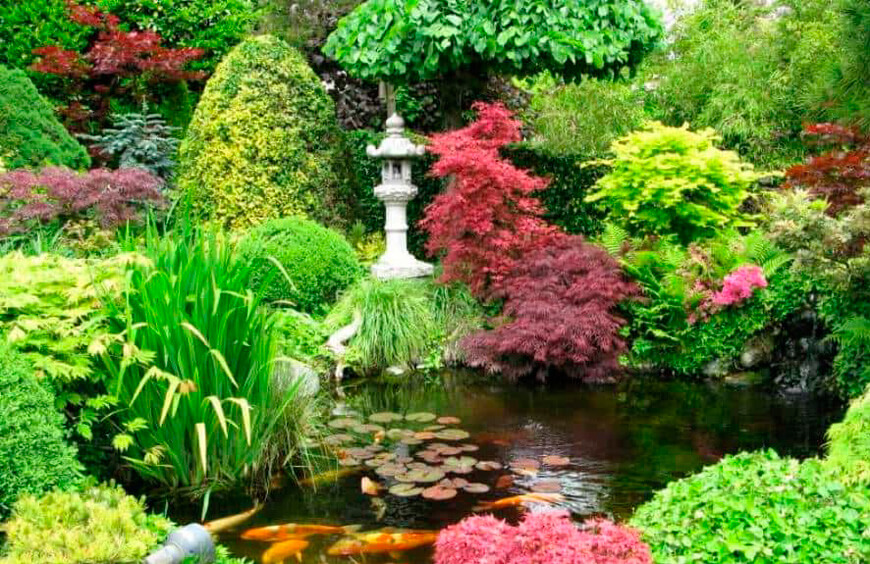 When you hear “Japanese style”, images of Zen gardens, gravel areas, and pagodas come to mind, which is not fundamentally wrong.

The core of such a Japanese garden is the interplay of earth and sea, with the pond taking the part of the sea. Such a pond is usually surrounded by a clear shoreline, sometimes separated in gentle curves, sometimes in a straight line. Often there are few aquatic plants, and there are hardly any blooming plants at all: This is also due to the fact that 99% of the Kois in such a pond relentlessly devour aquatic plants.

The water is separated from the surrounding land by stones of different sizes. The technology is meticulously covered because visible technology would interrupt the flow of energy. Often such a pond is embedded in a gravel basin, which also symbolizes the sea. Around the pond, there are bamboo, reeds, and cherry trees (one of the few flowering plants that are tolerated in the puristic Japan-style garden), bridges or small pagodas, moss, and stone figures of animals. Of course, this style can also be implemented in a more natural way, but at its core, this style is an artificial one. 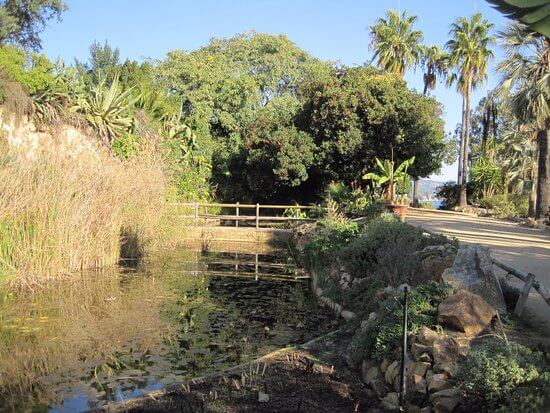 Such a pond, which is well integrated into the garden, conveys a pure holiday feeling. It is dominated by warm colors and natural stones. This pond style in a Mediterranean ambiance can be assigned to the natural category. Its shoreline is often delimited by natural stones, but they are not exactly strung together and are of different sizes. The basin is seldom geometrical but has gently curved shorelines with vegetation. The fish stock is not as clearly defined here as in the Japanese style – just choose your favorite fish and fill your pond with them. At the pond, there is often a wooden terrace on which terracotta tubs and cast iron garden furniture stand. Here too, warm earth tones dominate, which can be lighter and darker to achieve a natural image. The planting is done with Mediterranean herbs such as lavender and bright flowering plants. Wild water lilies on the pond also make a positive contribution to the picture. Other characteristics are colorful mosaics, sculptures made of clay or marble, and olive or orange trees. 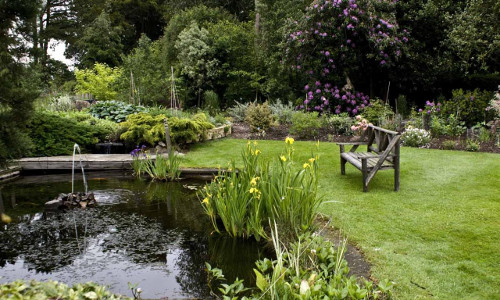 The English style is particularly exciting because it can be interpreted both naturally and artificially in a modern way.
The natural style is characterized by wildly jumbled plants: every patch of earth is used, while flowering perennials adorn the paths. The ponds are similar: mostly bordered by loosely laid bricks, you can find lush vegetation on the edge as well as on and in the pond. Often goldfish live in such ponds, which, like the garden itself, resemble colored splotches. The pond integrates well with the rest of the garden and doesn’t have to be large to have a great effect.

In contrast, there is the formal, English style, which is reminiscent of the stately gardens in old England. Such a pond is often surrounded by low-edging hedges and boxwood balls that separate the water from the lawn or flower beds. The pond itself is laid out symmetrically. Circular pools are often set into gravel pools again. Often the water surface is also below the general garden so that one can comfortably look down on the pond from a bench.

Free Design of the Pond Styles 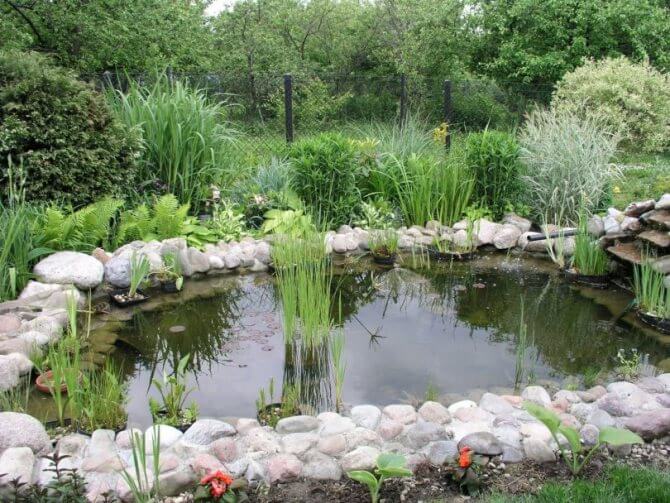 Whether you are designing your pond based on such fixed styles or your personal sense of style: As long as you, the pond owner, like your pond and it integrates harmoniously into the rest of the garden, there are no limits to creativity.