The goldfish is one of the most popular and well-known fish in general, both in the aquarium and in the pond. Find out here where the fish come from and what you should pay attention to when keeping them.

Contents show
1 Carassius Auratus
2 Where Does the Goldfish Come From?
3 Way of Life and Attitude
4 Offspring Planning
5 Feeding the Fish 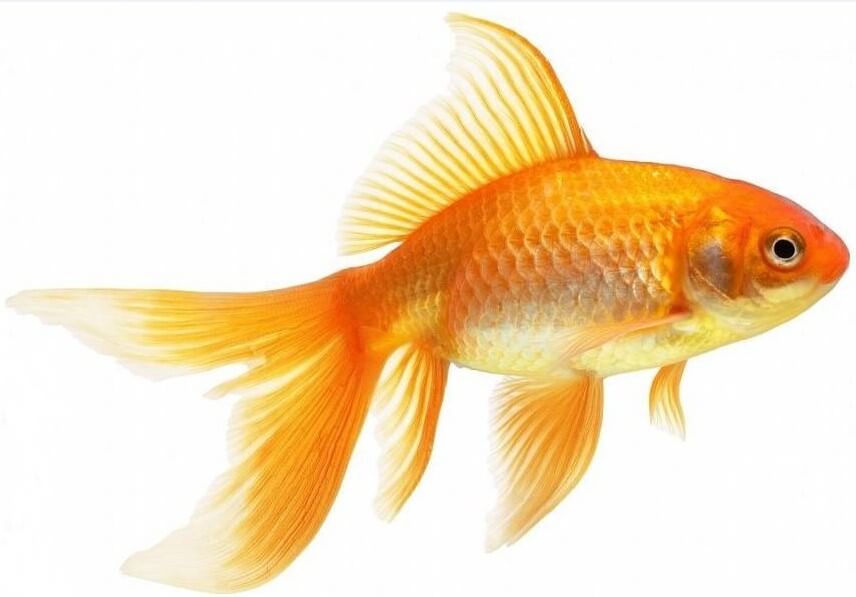 The goldfish – as we know it – do not occur in nature, they are a pure cultivated form. They belong to the carp family and thus to the bony fish: This fish family belongs to one of the oldest and most common groups of freshwater fish, none of them live in saltwater.

A goldfish is reddish-orange to yellowish in color and often has white or black spots, the golden sheen is also characteristic. In addition to the original goldfish, there are at least 120 different cultivated forms, which are characterized by different body shapes, drawings, and patterns. An exemplary selection is the veil-tail, the sky-gazer with upward-pointing eyes, and the lion’s head, which has characteristic protrusions on the back of the head.

In general, goldfish can grow up to 25 cm, some animals can grow up to 50 cm long if there is enough space. They have a high-backed body and a lower mouth, males and females hardly differ externally. By the way, goldfish are pretty long-lived fish: they can live around 30 years, in some cases even 40 years.

Where Does the Goldfish Come From?

The ancestors of the goldfish, the silver crucians, come from East Asia – this is also where the goldfish were born. There, red-orange fish have always been considered sacred animals, especially popular and rare were red-colored silver crucians, which only occurred due to altered genes Silver crucian was not used as a food fish. This makes it the second oldest species of ornamental fish in the world – right behind the Koi. Initially, only nobles were allowed to keep these precious fish, but by the 13th century, there was a goldfish in ponds or basins in almost every house.

400 years later the goldfish came to Europe, where at first it was again just a fashion fish for the rich. But here, too, it continued its triumphant advance and was soon affordable for everyone. Since then, particularly in southern Europe, there have been feral goldfish in lakes and rivers.

Way of Life and Attitude

The normal goldfish is relatively undemanding in terms of its keeping conditions and is therefore also suitable for beginners. It is different from the cultivated forms, some of which are very sensitive to their preferences. By the way: Small, spherical goldfish tanks are cruelty to animals, which is why most goldfish are now kept in the pond. They are extremely insensitive to cold and can overwinter in a 1m deep pond without being damaged; The pond or basin does not need to be heated.

However, they make demands on their way of life: They are extremely sociable and only feel at home in small swarms. That is why they need enough space to move through the pond in a relaxed swarm. If they are comfortable, they also reproduce abundantly.

As a sideline, they like to dig in the ground, which can uproot one or the other plant. Gravel soil is therefore ideal, as it invites you to dig, but still gives the plants enough support.

The goldfish spawning season is from April to May and at this time the pond is full of activity because the males chase the females through the pond before they mate. In addition, the male fish swim against the females to encourage them to lay eggs. When the time comes, the females lay 500 to 3000 eggs, which are immediately fertilized by the male. After only five to seven days, the almost transparent larvae hatch and attach themselves to aquatic plants. The fry then feeds on microorganisms in the water and is initially dark gray. Only after about ten to twelve months does the animals begin to gradually change their color: first they turn black, then their belly turns golden yellow, and finally, the rest of the scale color changes to red-orange. Last but not least, there are spots that are unique to all goldfish. 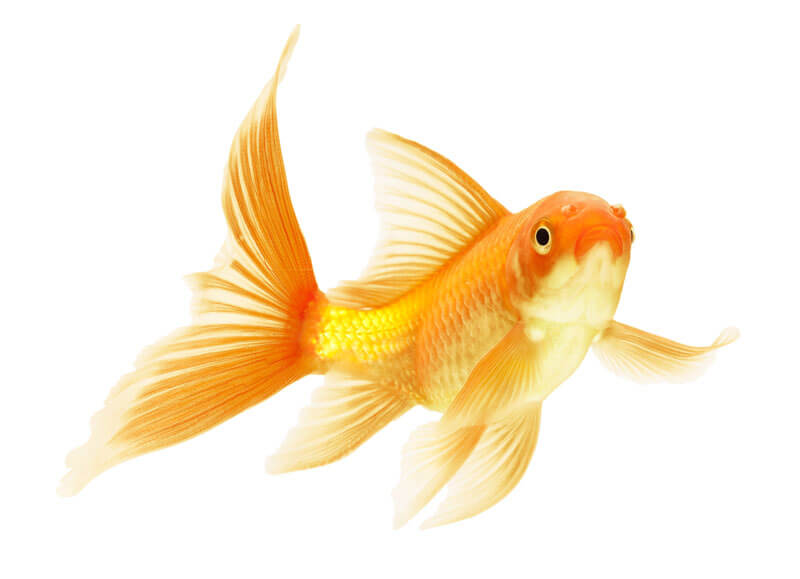 In general, the goldfish is omnivorous and not really picky when it comes to food. Aquatic plants are nibbled on, as are mosquito larvae, water fleas, and worms, but the fish do not stop at vegetables, oat flakes, or a little egg. Ready-made feed from specialist retailers is also welcome. As you can see, goldfish (like other carp) are actually herbivores and non-predatory fish, but they don’t stop at live food either. By the way, they love it when their menu is varied.

In addition, they are almost always hungry and swim begging on the surface of the water as soon as they see their owner coming. Here, however, the reason is required, because overweight fish lose a large amount of quality of life. You should always pay attention to the figure of your animals and adjust the amount of food. By the way, goldfish digest so quickly because they don’t have a stomach and digest in the intestines.