The corn snake (Pantherophis guttatus or, according to the old classification, Elaphe guttata) is probably the most common snake kept in terrariums. The corn snake looks interesting because of its very pretty drawing. Due to its simple way of keeping it is also suitable for beginners in terraristics.

Description and Characteristics of the Corn Snake 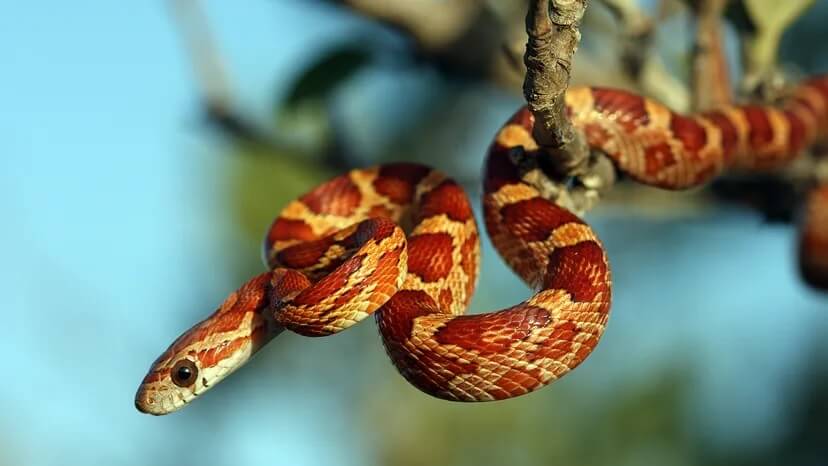 Corn snakes are certainly one of the most attractive colored snakes on our planet. Their natural habitat stretches along the American coast from Mexico to Washington. With an average length of 90 to 130 cm, they are still quite small.

Corn snakes have very beautiful brownish to red spots on a gray, brown to the orange-red background. The belly of a corn snake is white and equipped with steel-blue to black spots. There is a V-shaped drawing on the head. The trunk of a corn snake is slim and the head is small compared to the body with a round pupil and only slightly separated from the body.

Corn snakes are crepuscular and nocturnal. At night they often roam around the terrarium for hours looking for prey. In springtime, which is also the mating season, they are also active during the day. If you keep the animals well, they will be sexually mature by the age of two to three years. Corn snakes can live to be 12 to 15 years old. The record is 25 years!

The Corn Snake in the Terrarium

The terrarium size for an adult animal should not be less than 100 x 50 x 70 cm, or at least as wide and high as the snake is long. So that they can use the space offered, there should be sufficient climbing opportunities. It is very important that you make sure that there are no gaps or leaks in or on the terrarium because corn snakes are real breakout artists.

You should keep the terrarium of a corn snake dry. Spraying two to three times a week is sufficient. The substrate should consist of terrarium soil, bark mulch, bark litter, sphagnum moss, or fine-grain gravel and be slightly damp in the depth. Avoid too fine sand. Mixed with coconut fiber, however, coarse play sand is a very good substrate. Upturned flower pots and flat stones, as well as pieces of bark, are suitable as hiding places.

Lighting for the Warmth-loving Corn Mat

It is very important that you keep the snakes at an optimal temperature, otherwise, their metabolism will not function properly. A day temperature of 24 to 27 ° C is necessary, whereby this should drop by 5 ° C at night, but never below 18 ° C. You can use one or two light bulbs with 40 to 60 watts for the heat. Usually, this is also sufficient as a light source. Leave the lights on for 14 to 16 hours in the summer and 8 to 10 hours in the cooler periods. 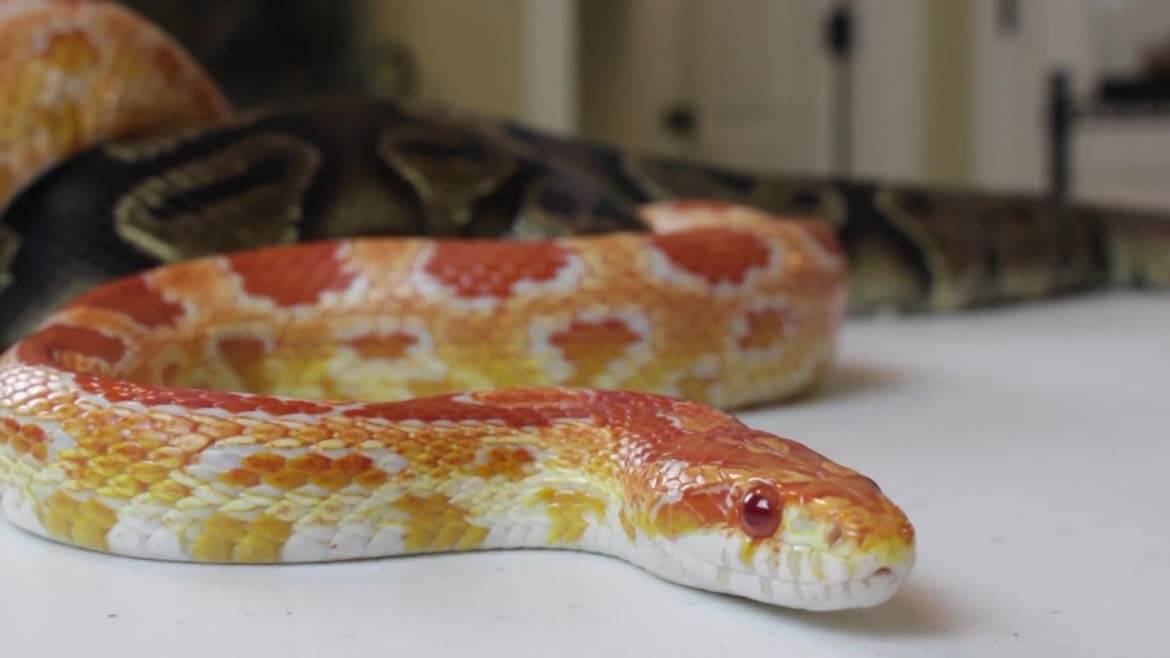 Many terrarium animals are under species protection because their populations in the wild are endangered or could be endangered in the future. Therefore the trade is partly regulated by law. However, there are already many animals from German offspring. Before buying animals, please inquire whether special legal provisions need to be observed.