A stunt horse has to be able to achieve a lot. But how is it possible that horses, which are actually considered escape animals and shy away from unnatural noises, act in a controlled manner and on command on the film set? Find out here what classic stunt horse training looks like.

What a Stunt Horse Has to Do 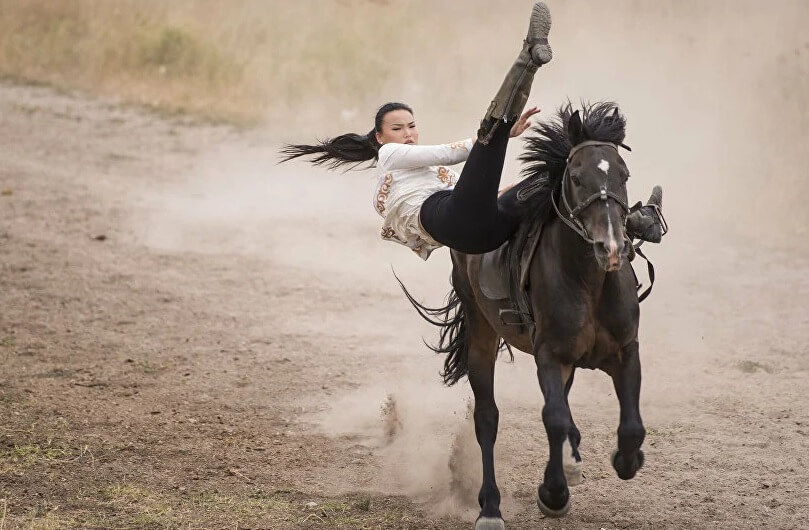 Not every horse has to master all stunts. Some four-legged friends specialize in pretending to be dead, others go through the fire. There are also stunt horses that are characterized by the fact that they can swim particularly well. A horse’s fall is particularly reluctant to train, as the unnatural movement can cause injuries to the animal. A stunt horse is particularly popular in action-packed scenes. Jumping through wide windows and styrofoam walls is usually an easy exercise for specially trained animals.

The Training of a Stunt Horse

The training of horses begins with basic training and lasts for many years. So that the four-legged friends do not lose interest in the sometimes very monotonous exercises, they are carried out in the field from time to time. The exercises of the basic training include lunging, working on the hand, cavaletti training, and cross-country riding as well as riding backward and the so-called side movements. Successful basic dressage training is essential for later stunt success. Uncoordinated movements of the four-legged friends can be dangerous for the rider and for the animal alike. For example, if the stunt horse has not learned to balance itself and the rider is hanging on the side of the saddle, then the four-legged friend simply falls on its side.

As soon as the horse has internalized the basics, action-packed elements are added to the training plan: The rider sits behind the saddle, stands in it, or hangs down on the side. These are classic trick riding exercises. The stunt people are mostly disguised as cowboys, knights, or Cossacks at gala shows. Spectacular jumps and falls from the horse are just as much a part of the program as hanging down from the horse, which requires the animal to maintain its balance.

In addition to trick riding, the four-legged friends learn circus lessons such as the Spanish step, the compliment, and lying down. They are also hardened against gunfire, the noise of the battle, and, for example, the crack of a whip. Regular swimming, jumping, and getting used to fire are also on the agenda. Many of the trained horses traverse this or have a burning stuntman on their back. Last but not least, the four-legged friends mostly learn to climb, the controlled use of which also requires a great deal of experience.

In almost every modern period film, horses are the real stars. During their training, they learned not to fear anything and behave in a disciplined manner on the film set. The riders are often wrapped in robes and armor, swing a sword over their heads, and make terrifying noises. None of this disturbs the trained four-legged friend. Even with explosions, flames, the tumult of people, and gunfire, the stunt horses stay focused and do their job. They gallop straight through the flames and show no shyness. Thanks to the great work of the horses, the simulated scenarios look particularly authentic.
In 1925 the classic film “Ben Hur” was released. Hundreds of horses galloped off on command in the famous chariot racing scene. The four-legged friends also showed what they can do in the Steven Spielberg film “The Companions” from 2011. The basic training, trick riding, and the numerous confidence exercises make the animal’s real movie stars. We often watch such films and do not question what is shown. The work of the four-legged film stars is usually not adequately rewarded.

The Difference Between Show and Film Business 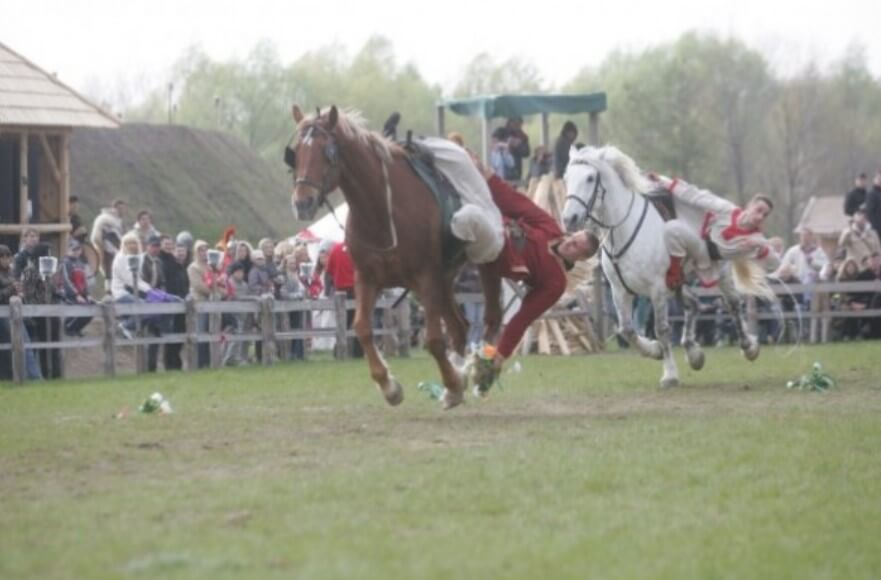 At a medieval festival or a Cossack show, the stunt horses have to carry trained riders. The situation is different with film productions. Some of the actors are completely inexperienced in handling horses. There is of course the possibility that a double will take over the ride. The disadvantage here is that more film material has to be cut later. It is believed that around 90 percent of actors have no riding experience. The trainers, therefore, teach the four-legged friends to move independently from A to B so that the actor only has to sit down.

Consideration for the Health of the Horses

You break through a wall or a locked gate while jumping or at full gallop. What looks brutal is actually harmless. Since Styrofoam does not look anywhere near authentic, it is only used for such stunts in very rare cases. Rather, the set builders use balsa wood. The light, only 3-5 cm thick wood can easily be crushed by hand. In addition, it does not splinter and does not leave any other physical injuries in the event of an impact. In the film “The Last Samurai” there were scenes that were dangerous to health at first sight. Live horses fell on dead horses on the battlefield. However, the four-legged friends lying on the floor were stuffed and padded dummies that were provided with artificial blood bags and detonated by remote control.

The Dark Side of the Stunt Business

During the shooting of the western film “Revenge for Jesse James” (1940), eight horses succumbed to their injuries sustained when they fell over a tight wire rope. In 1958 a stunt man was finally caught. While filming the film “The Last Command”, Fred Kennedy was buried under a horse and succumbed to his injuries.

In 2012, numerous animal rights activists from all over the world called for a boycott of the movie “The Hobbit”. During the filming, numerous horses, goats, sheep, and chickens are said to have died in the unsafe area. 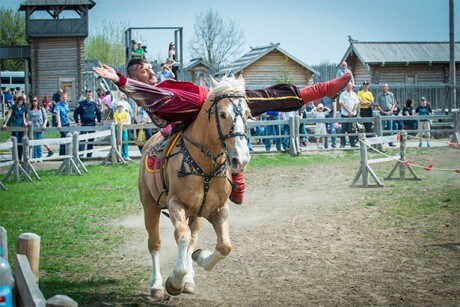 Horse stunts demand great empathy, concentration, and intelligence from the riders. Fearless and cocky people are out of place in the industry. Even a turning wind can be fatal for the stuntman. Incorrect assessments can also affect the health of the animal. Training stunt horses, which begins with basic training and continues over the years, requires a lot of patience and discipline. Stunt horses are fascinating, perform the most demanding tasks with the greatest concentration and discipline, and are ready to go on command. The secret film stars, therefore, deserve great respect.