The heat continues and the perceived temperatures are significantly higher than the measured values of 30 degrees. For one or the other of us, this means an enormous burden. This can preferably be counteracted by resting in the shade, cooling off, and taking up a lot of water. But how do birds and other animals deal with the high temperatures?

In contrast to humans, most animals have fur or plumage and cannot sweat. Since they do not have any sweat glands, the animals rely on the effect of panting and, through the evaporation that this triggers cool off. This behavior is known by dogs, but foxes and even birds also use it when temperatures are too high.

The birds in particular use many other strategies, also known to us, to cool off. First and foremost, retreating to shady areas is an effective way to avoid the midday heat in particular. It also helps to stay still in a cool place, because the lower the physical activity, the less body heat is produced. For this reason, natural gardens with trees and bushes are so important for birds and other animals, because bare stone deserts offer no protection from the sun and also heat up more. 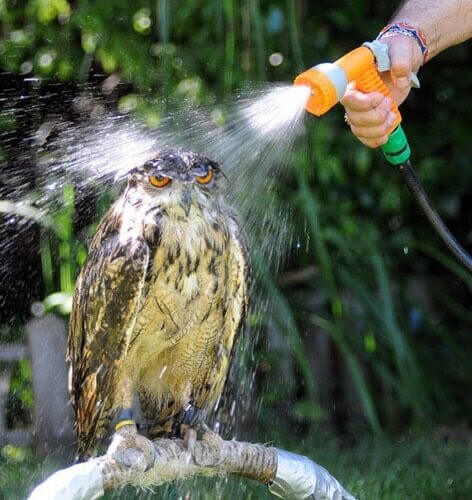 Nevertheless, the loss of water from the body cannot be prevented at high ambient temperatures, which is why the animals have to drink a lot, especially on such hot days. So that the search for the cool water is not a strain and because many natural water sources have dried up due to the long-term heat, various water offers in the garden help the animals, e.g. water troughs, shallow water areas of ponds. These can also be used by birds as bathing areas. To prevent pathogens, however, the water should be changed daily. Amazingly, birds can still be observed again and again, which, despite the heat, stand or lie in the middle of the sunlight. Because just as it does for humans, the sun also has its charm for the bird world. But instead of putting too much strain on the skin for a supposedly healthy tan, the birds wait for seconds to minutes in one place, motionless, and in this way fight parasites that are present in their plumage. 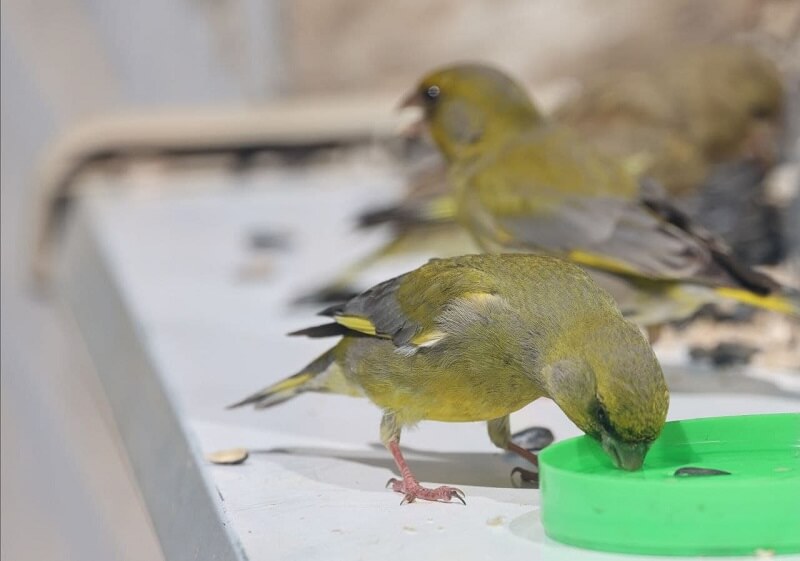 However, positioning in an open area can also be used to use existing air currents for cooling. Excess heat can be given off through unfledged parts of the body on the head, wings, and legs, as these are blown by the cooling air. Other animal species also have special methods: wild boars wallow in pits that are as moist as possible, deer take a bath in water and deer avoid the sun and exercise and seek cooling in the shady forest. The brown hare also rests in intense heat, but can also release excess body heat into the environment via its spoon ears.