When it comes to water snails, one encounters two camps: Proponents are convinced that snails are ideal for combating algae. Critics, however, fear for their pond plants. You can find out here the advantages and disadvantages of water snails. 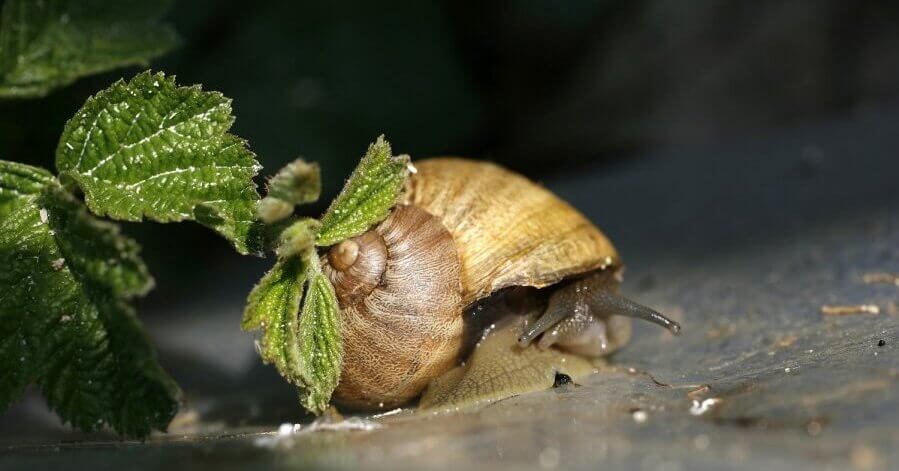 There are a total of around 95,000 species of snails and only around 40 species live in freshwater; the snails living in the pond are again reduced to around 10 species. Differentiating between these 10 types is sometimes not that easy, even for professionals, as the housing shapes of some types seem to vary depending on the location.

While land snails are harmful to garden plants, water snails have positive aspects: They dispose of dead plant material. Healthy plants are freed from excessive algae growth and the base sludge is also cleaned of parts of the plant.

In this way, you help to maintain the natural balance in the pond. Many snails even eat carrion and thus prevent the water from tipping over by dead fish or other small organisms.

All snails living in the garden pond are hermaphrodites, which means that they have ovaries and produce sperm at the same time: When mating, two snails exchange their semen and the female later lays the eggs on the leaves and stems of underwater plants.

Snails in the Garden Pond

Only native species of a snail should be used in garden ponds. On the one hand, they can cope with the local temperatures, and on the other hand, exotic species pose a major risk: If they escape from the pond, there is a risk that they will displace native species and the entire domestic biological system will collapse. In general, snails may not be taken from nature, but they can be purchased in well-stocked specialist shops.

A common problem is that water snails often serve as intermediate hosts for trematodes: These are parasitic flatworms that you do not want to have in your own pond. If in doubt, you should first quarantine the snails you have bought for a few days. Often one comes to pond snails involuntarily, because snail spawn often clings to aquatic plants or is introduced by water birds.

With sufficient food and good environmental conditions, some snail species can multiply very strongly. At the latest when there are too little algae for all the snails, it can happen that they attack your pond plants: You have to intervene here. Either you fish them off or you keep them away from the plants with additional feeds. In this case, however, the snails multiply even more and you get into a vicious circle. Newts, for example, can help here by preying on the snail spawn. However, if you have a lot of algae, you should just let the snails do it.

The marsh snail grows up to 5cm and is one of the largest native snail species. It has a fixed lid with which it can close its snail shell tightly. It is the only snail species in Central Europe that can also filter floating algae and plankton directly from the water. This gives it a special role in combating algae. If there are enough microalgae in the water, she leaves the aquatic plants on the left, and even if the algae are running low, she prefers to graze the stones on the bottom for hours. It is seldom visible as it is mostly on the bottom. It also breathes through gills, so it has no reason to come to the surface. Like most native snails, it is hardy and survives in the bottom mud.

She gives birth to fully trained snails. There is therefore no risk of the spawn being eaten by other animals. Incidentally, it is again the only Central European snail species that are viviparous (“Viviparidae”). The young are born with a size of up to one centimeter so that they are no longer suitable as food for smaller fish. In addition, this way of giving birth does not lead to overpopulation as quickly as it takes place much more slowly than oviposition. In addition, reproduction adapts to the respective food supply; it is, therefore, the ideal snail for the garden pond.

The ramshorn snail is very popular because its red to purple color makes it very decorative. Unlike the marsh snail, this snail is often seen because it breathes with its lungs and has to come to the surface to catch its breath. This has another advantage: it survives in poorly oxygenated and polluted ponds and preferably in water rich in calcium.

It grows up to 4 cm in size and is therefore also one of the larger snails. Because of its flat exterior, it is also often called a pan snail. It is the only Central European snail species to have hemoglobin in its blood: this substance, which humans also have, helps to store oxygen better.

It is a very adaptable snail because in an emergency it can also breathe through its gills. It usually survives the winter without any problems, because it hibernates in the mud on the ground. The common mud snail has also adapted perfectly to life in the garden pond. She also breathes with her lungs and is therefore undemanding when it comes to the oxygen content in the water; Nor does it make any demands on the other quality of the water: it does not care whether the pH value is 6.5 or 9, for example. It survives even in heavily polluted and muddy ponds.

As lung breathers, it is seen more often on the surface, and it also has the fascinating ability to crawl along the underside of the water surface. In general, she likes to stay in the upper layers of the pond, as there is often more algae food available here. It doesn’t have to worry about its safety because its size and its hard shell make it safe even from large fish.

With a size of up to 7 cm, it is the largest native species of snail and also one of the fastest reproducing. The snail spawn is laid on aquatic plants and after two or three weeks hundreds of fully developed young hatch from the eggs. If the European mud snail can no longer find enough algae, it will ruthlessly attack aquatic plants. Accordingly, too rapid reproduction of this type of snail inevitably creates problems at some point. But hoping for a natural selection is not a good idea: It is very robust and survives both the freezing of water and the temporary drying out of water. The best way to limit their populations is with animals that eat the spawn, such as newts.