For sloths, the world is mostly upside down: They hang head and back down in trees and only move in slow motion.

Sloths are mammals. They belong to the superorder of the secondary articulated animals. They are so-called because some of their thoracic and lumbar vertebrae have extra joints that other mammals lack. They belong further to the order of the toothed arms and form two families: three-toed sloths (Bradypodidae) and two-toed sloths (Choloepidae).

The three-toed sloth has three fingers on each front limb, while the two-toed sloth has only two fingers. These have claws up to three inches long – perfect hooks for clinging to tree branches with the body and head hanging down. A feature of sloths is their extremely flexible cervical spine: they can turn their heads 180 degrees.

Even their long, somewhat shaggy fur does not grow as we know it from other mammals: the crown does not run along the back, but on the stomach. This allows the rain to run off the fur of the animals hanging in the tree. In addition, the fur of sloths is often colored in a strange green. The reason is microscopic algae that live in the fur of the animals.

The algae can thrive well in the warm, damp fur of the sloths, while the sloths have perfectly camouflaged in the jungle trees thanks to the greenish color of their fur. Thanks to their round heads with flat faces and small, round ears, sloths look a bit like funny or amazing leprechauns.

Where do sloths live? 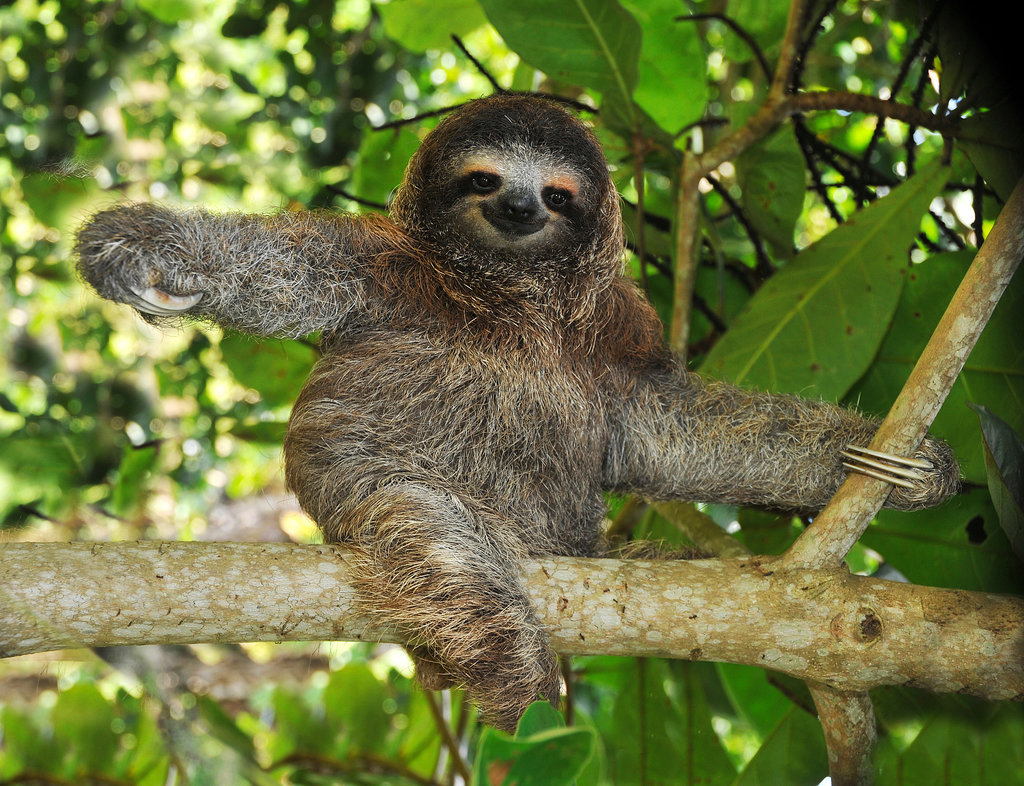 Sloths are only found in Central and South America, the southern limit of their occurrence is in Peru and southern Brazil. Sloths spend most of their lives in the treetops of tropical rainforests.

What types of sloths are there?

How old do sloths get?

Exactly how old sloths get in the wild is not known. Some researchers assume that they live 30 to 40 years. Two-toed sloths are mostly kept in zoos. Some of them live there for more than 20 years.

How do sloths live?

Sloths are quite easy-going fellows and are considered to be the slowest mammals. They spend most of their time quietly in a tree. They usually hang there by their claws on a branch, curl up, lay their heads on their chests and sleep up to 15 hours a day. Or they sit in this position in a branch fork.

When they wake up, they start looking for food, but even then they move as if in slow motion: the animals shimmy along branches, hanging backward. If they cannot reach their food, i.e. leaves, fruit, and flowers, directly with their mouths, they grab it with their claws. Sloths only leave the treetops when there is no more food there and no other tree can be reached directly. Then they climb onto the ground and crawl very awkwardly to another tree.

You can only crawl forward with your legs lying on your stomach. In the water, on the other hand, they prove to be fairly good swimmers. But do these peaceful jungle dwellers really bear the name “sloth” rightly? Even if they sleep about 15 hours a day, the answer is no. Because sloths are not lazy but have cleverly adapted to their special living conditions. Because their food is easily accessible, there is no need for them to move quickly. Also because plant-based food does not provide so much energy, the slow way of life of the animals has proven itself. They use less energy and can get by with the plant food. 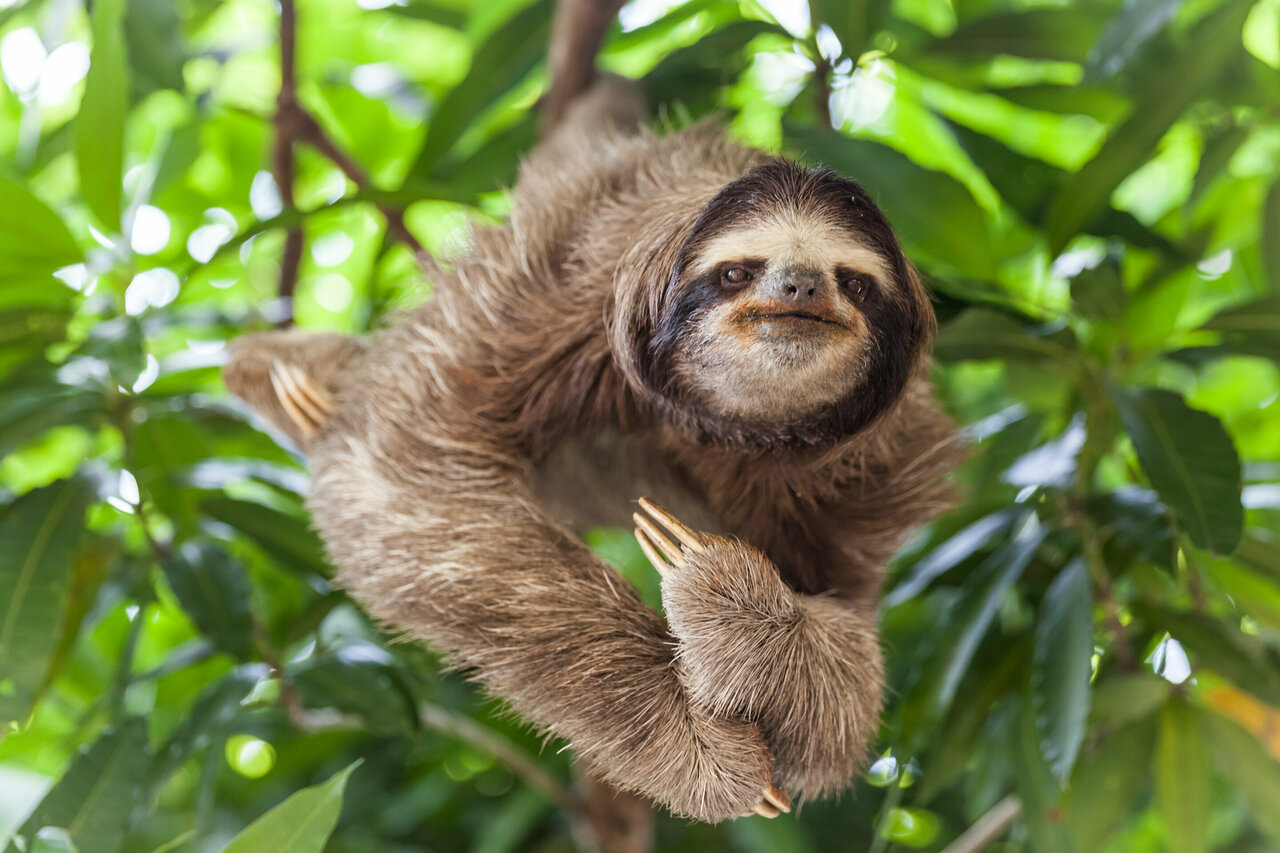 In addition, their slowness has another great advantage: If you don’t jump frantically through the branches of the trees, you will hardly be noticed by any enemies. A predator will not easily spot the sloths, which move at a snail’s pace. In addition, the greenish tinted fur caused by the algae ensures that the animals are perfectly camouflaged and almost invisible.

Friends and foes of the sloth

In addition to predators, humans are a particular danger: sloths are hunted in some regions of South America. Their flesh is eaten and their fur is used as a saddlecloth.

How do sloths reproduce?

Sloths can breed all year round. The gestation period lasts three to four and a half months for three-toed sloths and eight to nine months for two-toed sloths. Usually, only one cub is born. The females give birth to the young by hanging in the tree.

Babies are born head first, crawling onto their mother’s tummy to her breast. There they cling and suck on the teats, which are located in the armpits of the front legs. Sloth cubs remain clinging to their mother’s fur at all times. If it gets too narrow when swinging through the branches, even small baby sloths climb skillfully onto their mother’s back and later back onto her stomach.

Young sloths begin snacking on adult food at an early age, and by two and a half months they are eating on their own. But the little ones are nursed for up to five months and only leave the mother’s body at nine months. They become sexually mature at the age of two and a half to three years.