A Siamese fighting fish is a real head of a character and places high demands on you as a keeper in certain areas. If you want to know what this fish and its peculiarities are all about, you will get answers to your questions here.

Contents show
1 Siamese fighting fish: general information
2 Where does the name come from?
3 Wild and cultivated forms
4 The attitude
5 The ideal pool
6 The feeding
7 Successful socialization 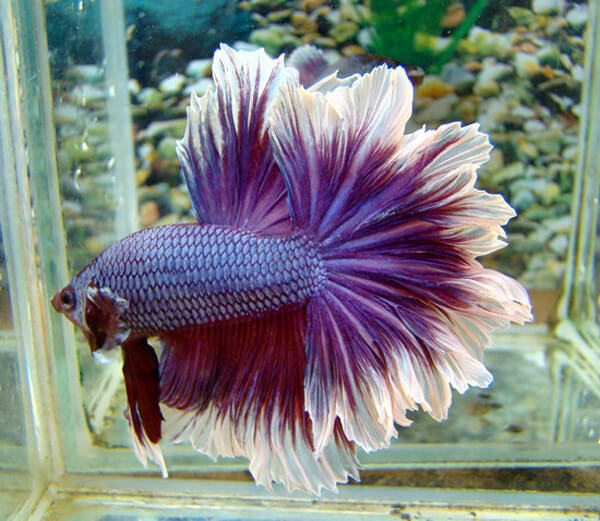 The fighting fish (short: “Kafi”) mostly comes from Thailand and Cambodia. It appeared in Europe for the first time in 1892, but its breeding goes back much further, more precisely by a few centuries: Betta splendens, as the scientific name is, was bred in its homeland for shows and, above all, competitions.

The wild, original fighting fish is usually reddish or brown and has flag-like fins. In contrast to the cultivated form, these are relatively short, so that the fish can swim well and persistently. Cultivated forms are available in all imaginable colors and new color variants are constantly being added. Basically, Kafis is 5 to 7cm tall and reaches an age of around 4 years. A special feature of these fish is that they belong to the labyrinth fish. These fish species have what is known as a labyrinth organ, which allows them to take in atmospheric oxygen from the air. They are therefore able to survive in relatively warm and therefore oxygen-poor water.

Where does the name come from?

Kafis are very territorial and do not tolerate intruders. Depending on their nature and temperament, they react extremely aggressively in such cases. Male rivals are fought to the death (in aquariums even more than in nature, because here the inferior cannot avoid). Females are also harassed, but for courtship and mating purposes. Under certain circumstances, this process can become so stressful for the female that it dies. There are even cases where kafi males attack their own reflection in the mirror. However, this area of defense is not only directed against conspecifics. Other fish – particularly colorful species or those with long fins – are attacked.

In today’s Kafi species, a distinction is made between the wild and cultivated forms. The wild form – short fins with mostly “simple” colors – are sometimes suitable for keeping with one or two conspecifics, as they are less aggressive than the breeding or “high form”. Above all, you need a larger tank – at least 54 l – and the constellation of one male plus two females. Here too, however, there is permanent stress for the fish, which can sometimes greatly reduce life expectancy. The cultivated form differs not only in nature but also in appearance from its original conspecifics. They are mainly characterized by their long fins, which are pulled behind them like a veil.

Basically, the Kafi is a fish that can be kept well, even for beginners. He makes only minor demands on his pool – both in size and in terms of the desired water values. It only requires a temperature of around 26 ° C, a pH value between 6 and 8, and a total hardness between 5 and 15. Since it occurs in stagnant waters in its home, no artificial current should be installed.

Now to a subject where opinions differ: the required aquarium size. Basically, you should choose a tank with at least 54 l and an edge length of around 60 cm for a fish of this size. Especially with fighting fish, however, keeping is described in significantly smaller nanos, which have a volume of around 30l. However, we advise against this. For one simple reason: in such a pool it is difficult to achieve and maintain stable water values. Consistently good water quality is easier to achieve with a larger aquarium capacity. And that is what the fighting fish needs too. Keeping them in smaller tanks in rare exceptional cases is therefore reserved for extremely experienced aquarists only.

Setting up the pool is also not a complicated matter: The substrate should consist of fine gravel, which must not be too light. The planting is ideally quite lush and therefore offers the fish enough hiding places; a Siamese fighting fish likes to dig its way through a real jungle of plants. However, you should not use so many floating plants that the fish can no longer find a free surface to breathe.

The technology is also quickly put together: you need a good filter, a heating rod, and the right lighting, which should not be too bright: a Siamese fighting fish likes things a little dim. This also ensures that the air above the water is not significantly colder than the water temperature: This ensures that the fish do not get cold while breathing. It is best to combine the lighting with a suitable cover: some kafis like to jump.

Siamese fighting fish are carnivores in nature, so they should be fed live or frozen food so that they get a lot of animal protein. In addition, there are both special flake food and granulate variants for cofis. 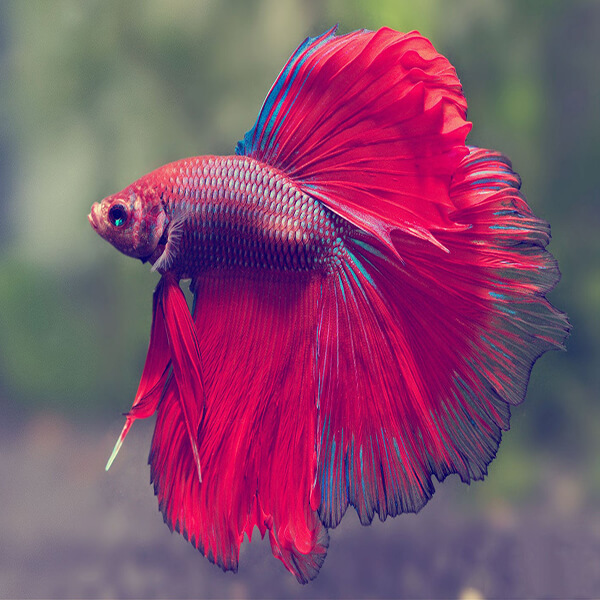 So that attempts at socialization do not result in an additional food unit, one should pay attention to a few things when choosing the right fish: They must neither be too small, as they would otherwise be viewed as prey nor show territorial behavior (for example typical for perch). In addition, they are not allowed to have large fins, as this triggers territorial behavior in kafi (e.g. long-finned guppies). Last but not least, they must not be too lively (like many danios), as this causes additional stress for the kafis. On the other hand, many species of catfish and calm schooling fish are suitable for socialization.