Sheep – and especially the young lambs – are very peaceful animals. They have provided people with wool, milk, and meat for thousands of years.

Contents show
1 Characteristics
1.1 What do sheep look like?
1.2 Where do sheep live?
1.3 What types of sheep are there?

Sheep are mammals and, like goats, cattle, and antelope, belong to the bovid family. European wild sheep (also called moufflons) measures about 110 to 130 centimeters from the tip of the nose to the tip of the tail, grow 65 to 80 centimeters in height and weigh 25 to 55 kilograms. The sheep we keep are descended from them.

The males are called rams and are much larger and stronger than the female sheep. Males that have been castrated, i.e. made infertile, are called muttons. They are far more peaceful than Aries and put on more flesh. The young sheep up to one year old are called lambs.

Many sheep have horns: In wild sheep, they are either snail-shaped, long and coiled in a spiral, or short and only slightly curved. They are 50 to 190 centimeters long.

The horns of the females are smaller and some domestic sheep, depending on the breed, often have no horns at all. A typical feature of the sheep is their fur, which is processed into wool. It can be white, grey, brown, black, or even patterned and consists of the dense, curly undercoat and the thicker hairs overlying it. The finer and more curly the wool is, the more valuable it is.

The wool of the sheep feels really greasy. This comes from lanolin, a fat produced by the skin’s glands. It protects the wood from moisture. Even in the heaviest rain, the sheep’s undercoat stays nice and warm and dry.

Where do sheep live? 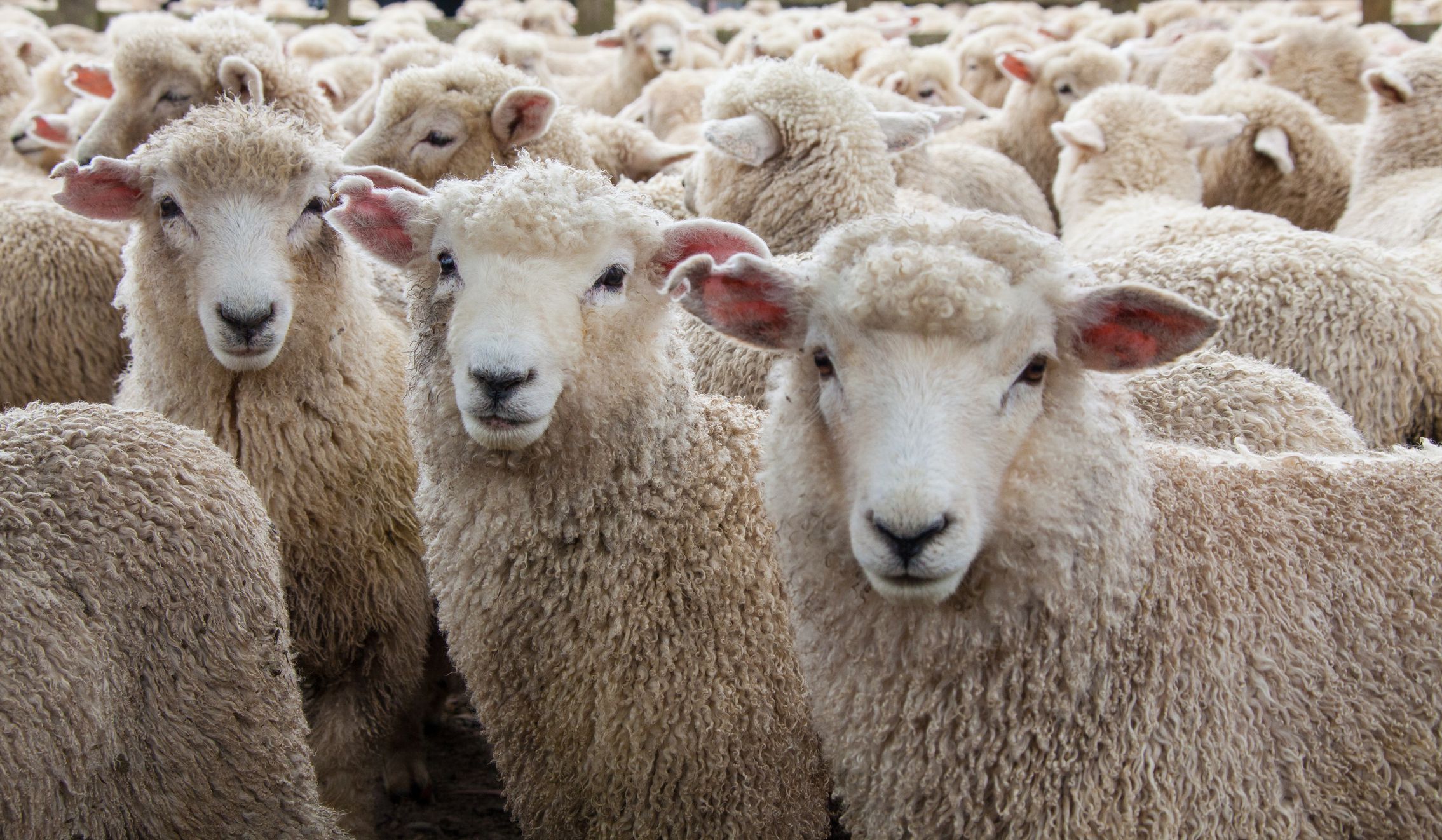 The European wild sheep used to be found from Hungary to southern Germany and throughout the Mediterranean region. Today there are only a few hundred animals left on the islands of Corsica and Sardinia. The bred domestic sheep live almost everywhere in the world because the Europeans took them to all other continents. Most sheep today live in Asia, Australia, Argentina, and Southwest Africa. In Europe, on the other hand, only a few herds of sheep roam the pastures because it is hardly worth keeping sheep here.

Be it steppes, heaths, or high plateaus – sheep can be found almost everywhere and can get along in almost any habitat because they are not very choosy when it comes to food. Depending on the breed, they are well adapted to the different climate zones of the world. Even in tropical countries, there are sheep.

What types of sheep are there?

There are between 500 and 600 different species of sheep around the world. Among the wild sheep, the European wild sheep are among the best known. The argali, up to two meters long, from the mountains in Central Asia and the bighorn sheep in north-eastern Siberia and North America are also known.

The first sheep were kept as pets in Asia Minor about 9000 years ago. Today there are many different breeds, for example, Merino sheep, mountain sheep, or Heidschnucken. The Heidschnucke are very well known to us, especially in northern Germany, and their appearance is reminiscent of wild sheep:

Both males and females have horns, with the females having a crescent-shaped backward curve and the male having a snail-shaped horn. Their fur is long and dense and colored silver-grey to dark gray. On the other hand, the fur on the head and legs is short and black.

The lambs of the Heidschnucken are born with black, curly fur. During the first year of life, the fur changes color and turns gray. Heidschnucken is an old breed of sheep and not only provides wool, but also meat.

They are also used to caring for the landscape because they keep the grass short on the heath and ensure that the healthy landscape is preserved. Today Heidschnucken are considered endangered. There are relatively few animals left. 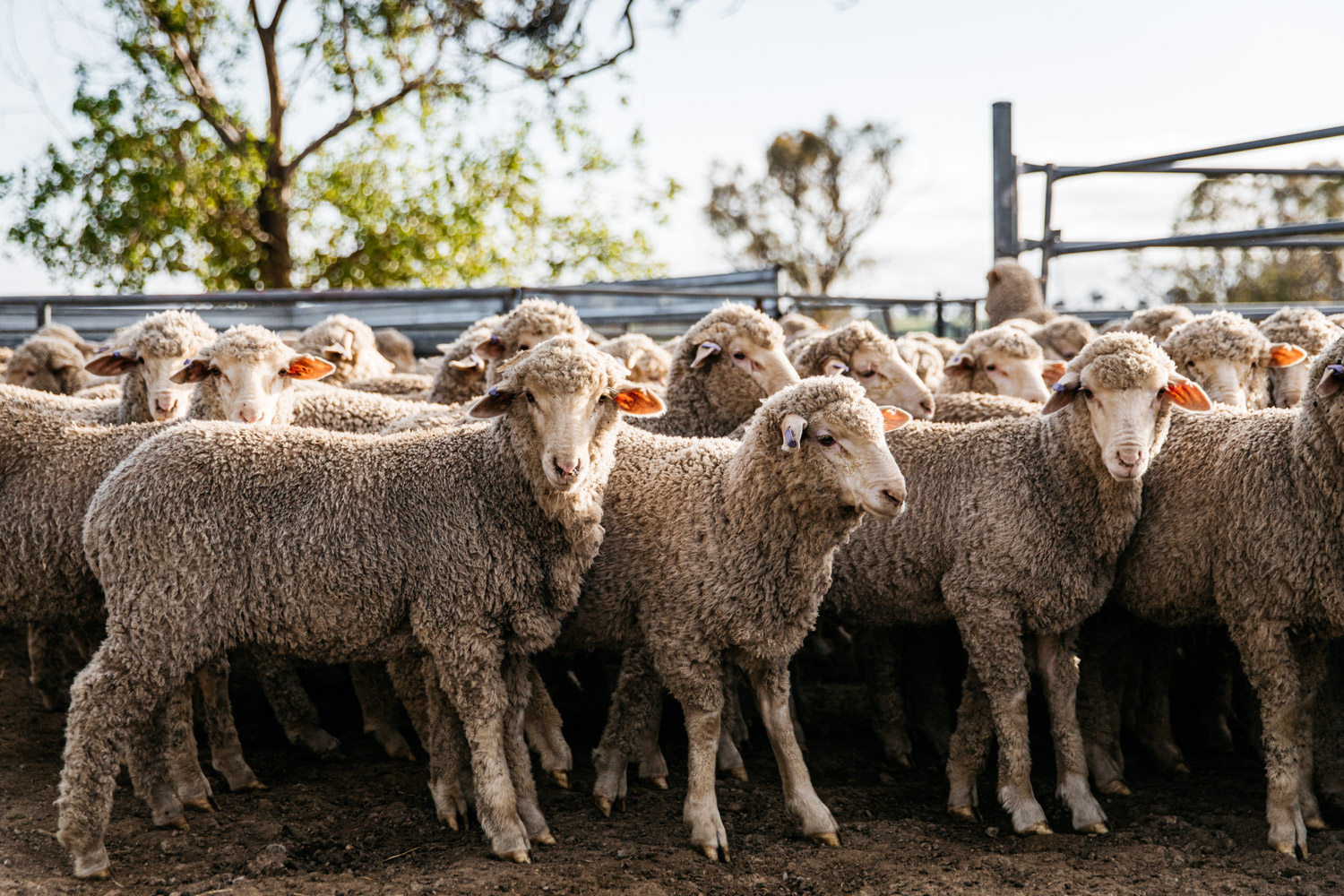 In northern Germany, Skudden sheep take care of the landscape. They are an ancient breed of domestic sheep originating in the Baltic States and East Prussia. Skadden sheep grow to a maximum of 60 centimeters. Their fur is either white, brown, black, or piebald. Skadden sheep are known for their fine wool. The Valais black-nosed sheep are also good suppliers of wool. The males bring up to 4.5 kilograms of wool per year, the females up to four kilograms.

This ancient breed, which originated in the Swiss canton of Valais, has probably been around since the 15th century. The coloring is particularly striking:

The animals are black around the muzzle and nose and around the eyes. They are also called panda sheep because they are a bit reminiscent of panda bears with this eye-catching “face mask”. The ears are also black and they have black spots on the hocks, front knees, and feet. The females also have a black tail patch. The relatively long, spirally twisted horns are also striking. The breed is very hardy and well adapted to the harsh mountain climate. The four-horned sheep, which are very rare here, is particularly striking.

This ancient breed probably comes from Asia Minor and is already mentioned in the Bible. They are also called Jacob sheep. They came with the Arabs via North Africa to Spain and from there to Central and Western Europe. This breed belongs to the woolly sheep and is the only one with four, sometimes even six horns. It is very undemanding and can live outdoors all year round.