The life element of the likable seals is water. Here they find their way around blind and fascinate us with their elegant swimming skills.

Common seals belong to the family of seals and to the order of carnivores. They are slimmer than other seals. The males are on average up to 180 cm long and weigh 150 kg, the females 140 cm and 100 kg.

Their heads are round and their fur is whitish-grey to grey-brown in color. It bears a pattern of spots and rings. Depending on the region, coloring and pattern can be very different. On the German coasts, the animals are mostly dark gray with black spots. During their development, seals have adapted perfectly to life in the water. Their body is streamlined, the front legs are converted into fin-like structures, the hind legs into caudal fins.

They have webbed feet between their toes. Their ears have receded so that only the ear holes can be seen on the head. The nostrils are narrow slit and can close completely when diving. The beard with long whiskers is typical.

Where do seals live? 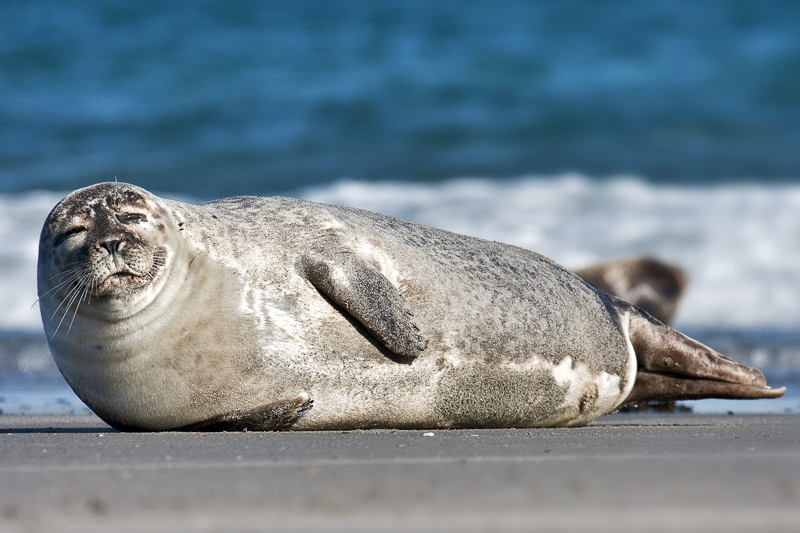 Seals are distributed throughout the northern hemisphere. They are found in both the Atlantic and Pacific. In Germany, they are mainly found in the North Sea. On the other hand, they are rarely found in the Baltic Sea, and then on the coasts of Danish and southern Swedish islands.

Seals live on both sandy and rocky shores. They usually stay in shallow parts of the sea. However, seals sometimes migrate into rivers for short periods of time. A subspecies even lives in a freshwater lake in Canada.

What types of seals are there?

There are five subspecies of seals. Each of them lives in a different region. As its name suggests, the European seal is common along the coasts of Europe. The Kuril seal lives on the coasts of Kamchatka and northern Japan and the Kuril Islands.

The only subspecies found in freshwater is the Ungava seal. It lives in some lakes in the Canadian province of Québec. The fourth subspecies occurs on the east coast, the fifth on the west coast of North America.

How old does a seal get?

Seals can live 30 to 35 years on average. Females usually live longer than males.

How does a seal live?

Seals can dive up to 200 meters deep and in extreme cases for 30 minutes. They owe the fact that this is possible to a special adaptation of their body: Your blood contains a lot of hemoglobin. This is the red blood pigment that stores oxygen in the body. In addition, the heartbeat slows down when driving, so the seals consume less oxygen.

When swimming, seals use their hind flippers for propulsion. They can reach speeds of up to 35 kilometers per hour. The front fins are mainly used for steering. On land, on the other hand, they can only move awkwardly by crawling over the ground like a caterpillar using their front fins. Even the coldest water does not bother seals: 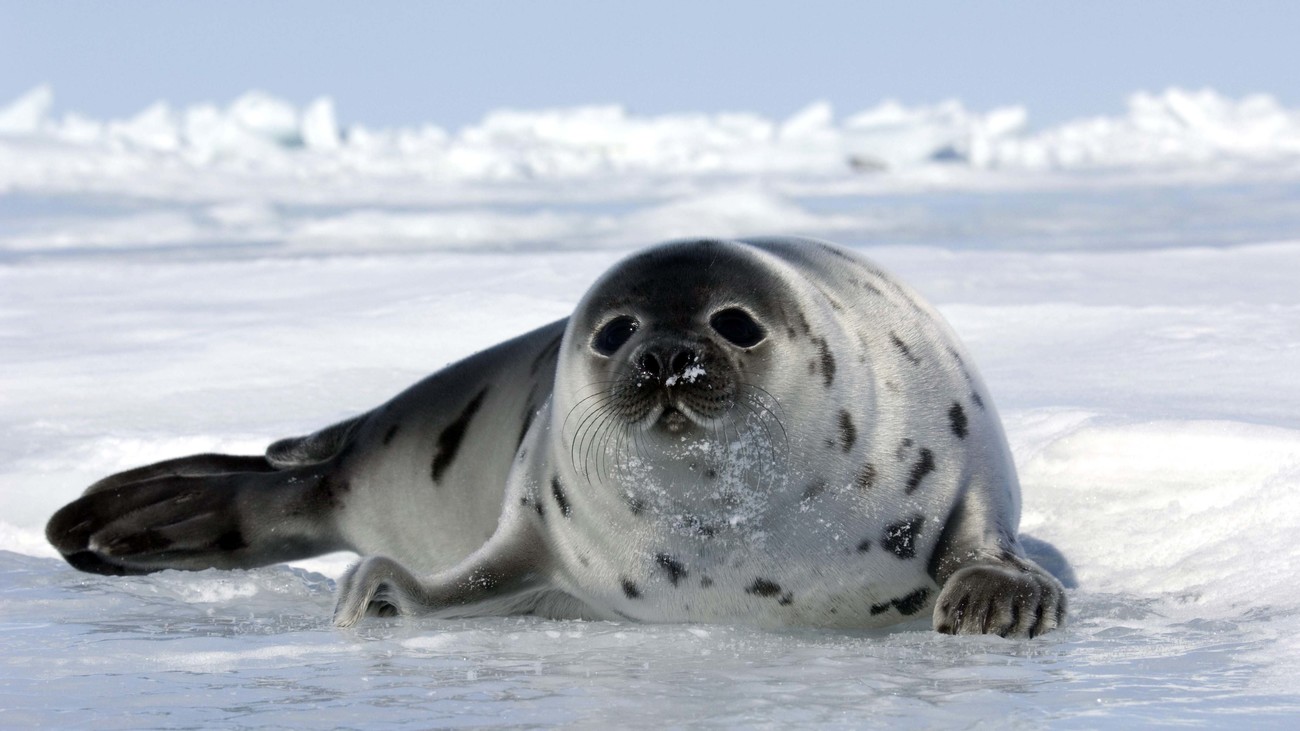 Their fur with 50,000 hairs per square centimeter forms an insulating layer of air and under the skin, there is a layer of fat up to five centimeters thick. This allows the animals to endure temperatures down to -40° Celsius. Seals can see very clearly underwater, but their vision on land is blurry. Their hearing is also very good, but they can smell relatively badly.

The most fascinating adaptation to life in water, however, is their whiskers: These hairs, known as “vibrissae”, are crisscrossed by around 1500 nerves – around ten times more than in a cat’s whiskers. They are highly sensitive antennae: With this hair, seals can perceive even the tiniest movements in the water. They even recognize what is swimming in the water: Because fish leave typical eddies in the water with their fin movements, seals know exactly which prey is in their vicinity.

With them, you can orientate yourself excellently even in cloudy water. Even blind seals can easily find their way in the water with their help. Seals can even sleep in the water. They float up and down in the water and breathe again and again on the surface without waking up. In the sea they are usually alone, on land, when they rest on sandbanks, they come together in groups. However, there are often disputes between males.

Friends and foes of the seal

In addition to large predatory fish such as killer whales, humans are the greatest threat to seals: the animals have been hunted by humans for thousands of years. Their flesh was used for food, and their fur was used to make clothing and shoes. They also suffer from human pollution of the seas.