Scottish Fold cats are extremely popular pedigree cats among cat lovers. Here you will find the most important information about the Scottish Fold.

Origin of the Scottish Fold 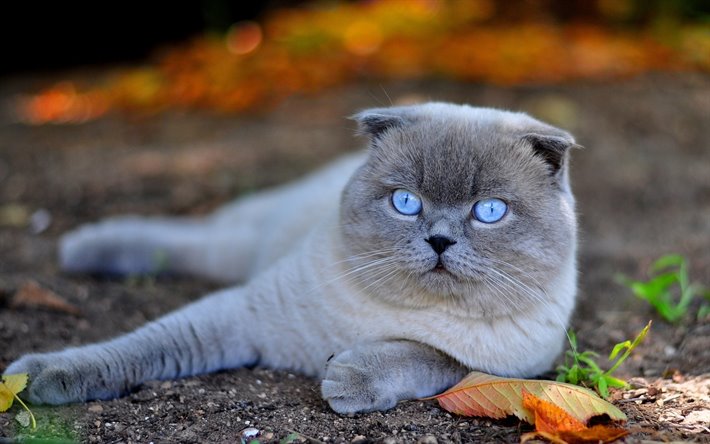 In Scotland in 1961 a cat with ‘dropped’ ears was discovered in a litter of farm cats – she was christened Susie and would become the progenitor of the Scottish Fold. The breed was developed in Scotland and England by crossing domestic cats and British Shorthair cats.

Because of the ear deformity, many professionals in Britain condemned this new breed line and did not allow them into cat shows. In the USA, however, this was crossed with the American Shorthair and bred so on. The Scottish Fold quickly became very popular in the USA and was already one of the most popular pedigree cats here in the 1990s.

In Europe, the breed is still controversial today, because the typically folded ears are caused by a gene mutation that can be responsible for other physical deformities. Since the cat breed has characteristics of torment breeding, the purchase of the Scottish Fold should be critically questioned.

The appearance of the Scottish Fold

The Scottish Fold is a compact, sturdy cat with a medium-sized, stocky build. The legs are quite long and muscular, the tail is also long and tapers at the end of the tail.

Folded ears are typical of the Scottish Fold. These develop about 25 days after birth and can look very different. Anything goes, from a simple fold with the ear tilted forward to a triple fold that fits snugly against the head. These small, folded ears make the head with the big round eyes look particularly round and give the Scottish Fold a loving doll face. The Scottish Fold’s cheeks are thick, and the nose is broad and short.

Coat and Colors of the Scottish Fold

Depending on the breed crossed, the Scottish Fold occurs both long-haired and short-haired. Long-haired Scottish Folds have a medium-length, lush and soft coat. Any color and pattern with matching eye color are acceptable. The fur is dense and should stand up slightly from the body.

The Temperament of the Scottish Fold

The Scottish Fold is a quiet and reserved cat. Due to her trusting, attentive and gentle nature, she is very well suited as a family cat. If you choose this cat breed, you will bring a loving and uncomplicated companion into your home. Despite their even temper, the Scottish Fold is intelligent and very inquisitive. She is happy about a conspecific so that she does not get bored.

Keeping and Care of the Scottish Fold 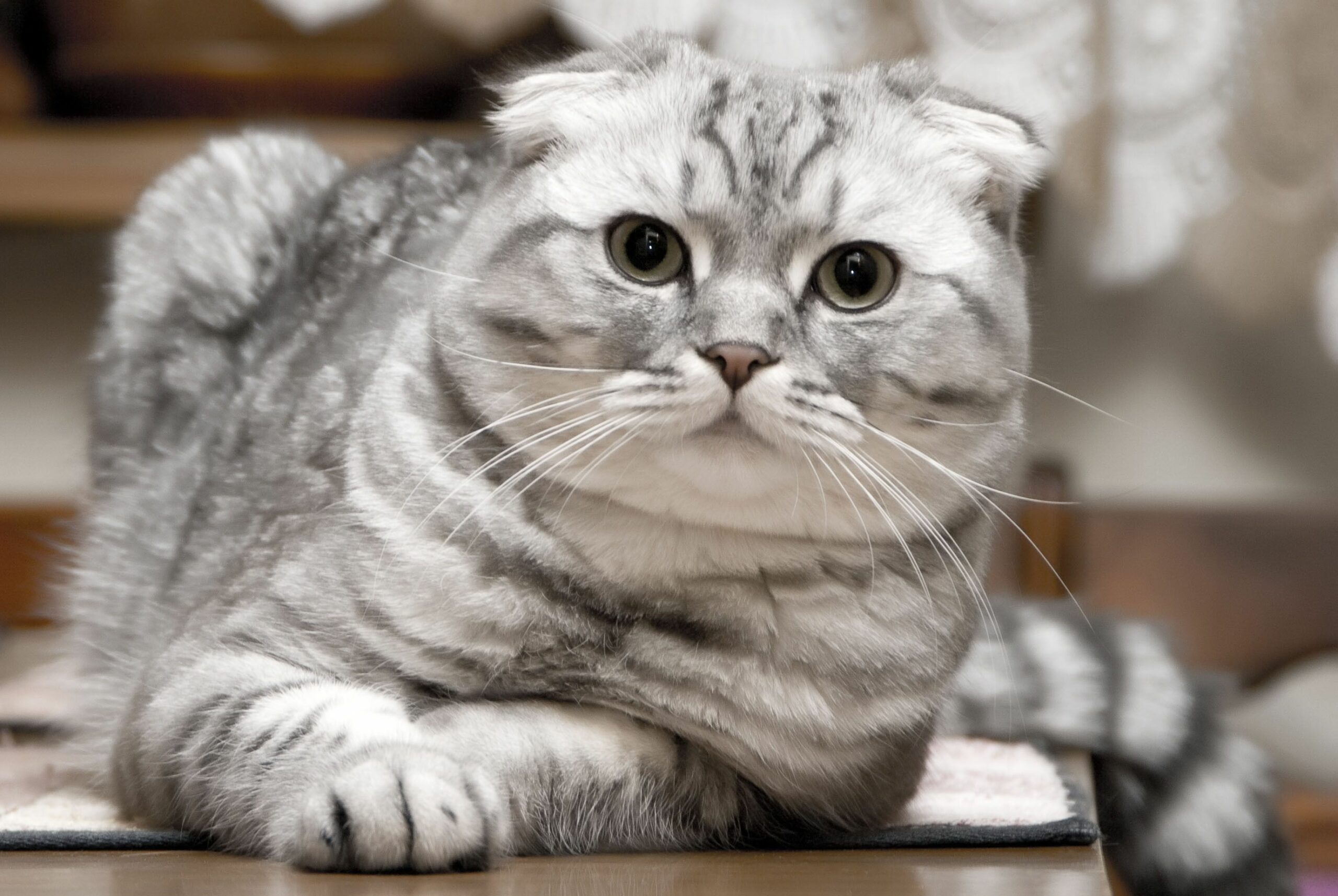 The Scottish Fold’s coat should be combed weekly with a large comb. In this way, the loose hair is easily removed. In addition to grooming, regular ear checks are also part of the care of the Scottish Fold. Ear secretion can accumulate due to the kinked ears, which are gently wiped off with a cotton swab.

The decisive factor in keeping the Scottish Fold is the breeder from whom you buy the cat. It is important that Scottish Fold cats are not crossed with each other or with breed-related animals, as this poses health risks for the offspring due to the gene mutation. Lovers of the small folded ears should therefore definitely inform themselves about the breeder of their choice.

The Scottish Fold’s gene mutation affects the cartilage and bones of their entire body. Since the responsible gene (Fd) is inherited in an autosomal dominant manner, both homozygous and heterozygous cats are therefore at risk of developing osteochondrodysplasia (OCD).

The following symptoms are associated with this hereditary disease:

In principle, every Scottish Fold is affected by OCD: homozygous cats develop symptoms earlier and more severely. Heterozygous cats are usually mildly afflicted, but are nonetheless ill and may need lifelong painkillers should symptoms develop.

To keep the breed healthy, no breed-related animals are crossed. Instead, British Shorthair cats are preferably crossed. Although this selective breeding reduced the frequency of bone deformities, the breeding and acquisition of the breed are still controversial. The Federal Chamber of Veterinarians demands a ban on breeding since the trait of the folded ears means that the cat will be ill.

Because of their easy-going nature, the Scottish Fold tends to be overweight more easily than other cats. Individual cats can also suffer from HCM (hereditary heart muscle disease) or PKD (hereditary cyst formation in the kidneys).