The scalar is one of the most popular representatives of the cichlids. He’s not exactly one of the tiny ones but is very popular due to his unusual body shape, interesting behavior, and great adaptability. Because of its variety of shapes and the low demands it is valued by beginners as well as breeders. The scalar is a real eye-catcher, which you can find out more about here. 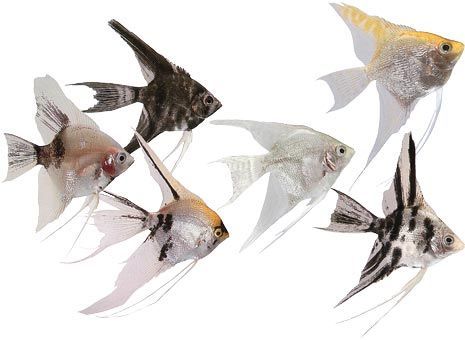 Interesting facts about the Scalar

The wild form has a silvery body with four dark transverse bands. In the meantime, however, innumerable cultivated forms have been bred out. The most popular are marbled, golden, or so-called Koi angelfish.

The angelfish is widespread in South America and is found in Brazil, French Guiana, Guyana, Colombia, Peru, and Suriname. There he mostly inhabits slowly flowing sections of the rivers of the rainforest.

The sexes can only be distinguished in old age, which is not easy, however. Especially at spawning time, the males develop a beefier head section. The forehead of the females is less humped and straighter. If the animals have extended their genital papillae when spawning, it is easier to differentiate between them. The papilla of the males is short and pointed, that of the females is long and thick.

Scalars show a very interesting reproductive behavior. The females attach the eggs, which are a little more than 1 mm in size, to aquatic plants or other flat furnishings, which the male then fertilizes. Depending on the size and age of the parent animals, up to 200-500 eggs can be laid. Both parent animals take turns in brood care and clean the clutch and fan it to supply it with fresh water. After about two to three days, the larvae hatch and initially hold onto the ground with adhesive threads. Only after a few days do they swim freely and then need fine live food. You can, for example, feed them with the larvae (nauplii) of the brine shrimp (also called Artemia), which you can hatch yourself from eggs that you can buy in pet shops.

With good care, the scalar can reach an age of up to 12 years.

In nature, angelfish eat smaller molluscs, insects, insect larvae, and even small fish. You should also keep this in mind when caring for it, and only socialize it with fish that are not too small. In the aquarium, the animals usually eat a wide variety of live, frozen, and dry food without any problems. Even flake food is eaten without any problems. They especially like to eat live or frozen mosquito larvae.

How many animals you can and should care for depends, of course, on the size of your aquarium. Angelfish need a little more space. Also because they form territories during reproduction and can then scare away conspecifics in particular. In aquariums of the minimum size, you can at best keep a pair, in fairly large tanks you can also keep more animals. Caring for two couples is not recommended as this often leads to arguments. It is better to care for more animals because the uninvolved animals distract the arguing cocks and sometimes intervene because they want to have their peace and quiet.

The aquarium should already have a volume of at least 240 liters for this rather large fish. This would correspond to a standard aquarium with the dimensions 120x50x40cm (WxHxD). Since these are very high-backed fish, an even higher aquarium would be very beneficial. For the care of more than one couple, you should then have at least a 350-liter tank.

When setting up the pool, you should note that these elegant animals need some free swimming space, but also hiding places, such as a thicket of plants, into which inferior fish can sometimes retreat. Especially with larger aquariums and the care of some animals, it makes sense to delimit free areas with plants, stones, or roots.

Socialization of angelfish is possible with a variety of other fish that have similar demands on the water and its temperature. If these co-fish are not too small, i.e. do not fit in the mouth, they are seldom bothered by the angelfish. By-fish can of course be driven from their territories during the breeding season. Since angelfish have very large fins, avoid keeping company with fish that are known for their fin plucking. These are, for example, fish such as tiger barbs, as well as some loaches and pufferfish. 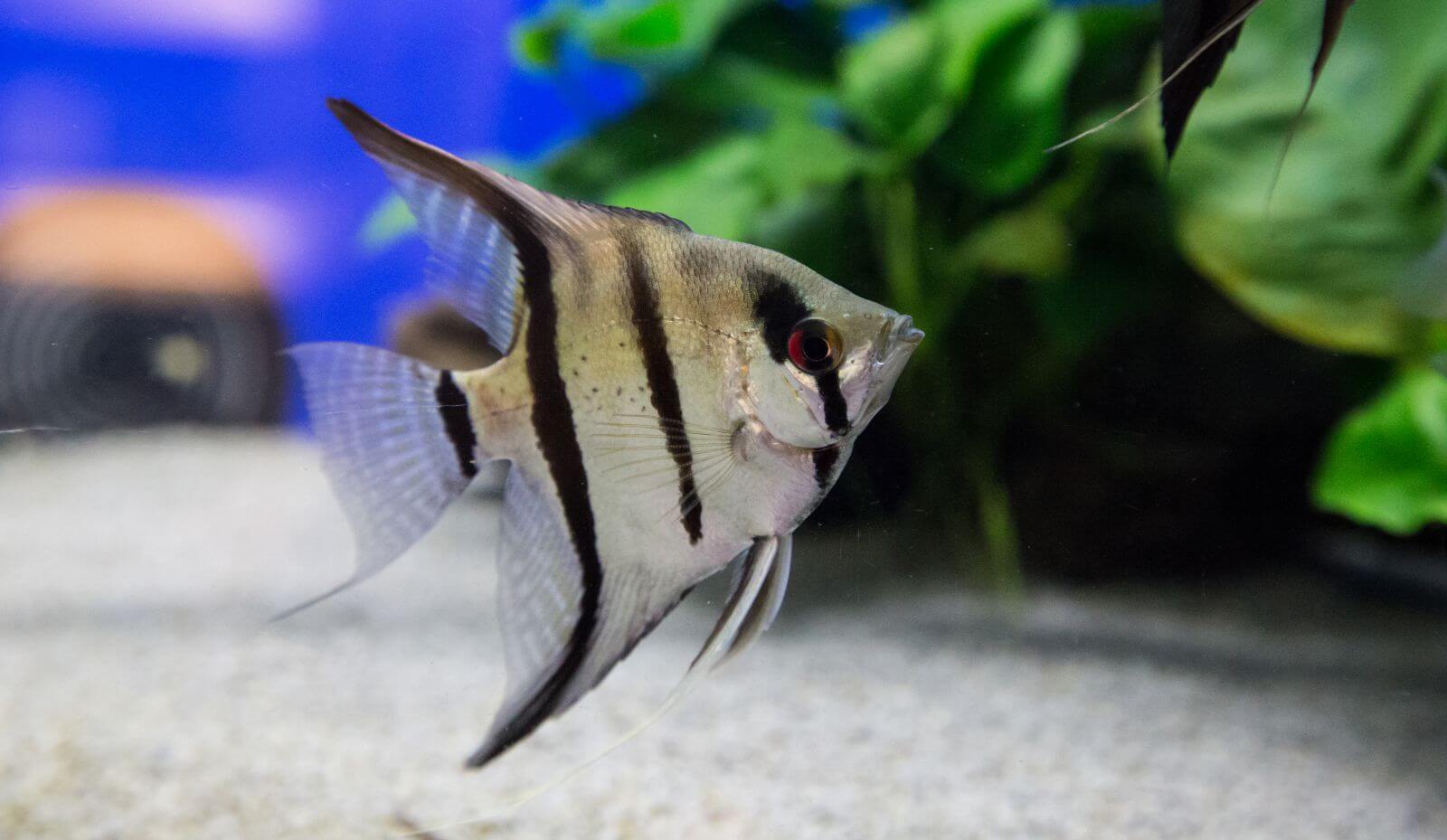 The temperature should be between 24 and 30 ° C, the pH value between 5.5 and 7.5. Even with hard and somewhat more alkaline water, however, the animals get along very well.