The Russian Colored Lapdog is a lively, cheerful, and affectionate dog that prefers to be with people all day long. It does not like loneliness at all – he needs his “flock” or at least its closest support person around him. Smart Lapdog loves to play and needs enough exercise. The little sun is also friendly and benevolent towards strangers and relatives. 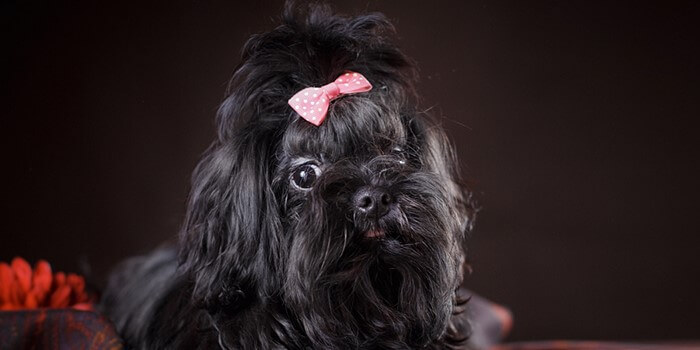 From the Russian Royal Court to Germany

The Russian Colored Lapdog was originally very popular as a lap dog in the Russian royal court. The ancestor of today’s breed, the white Frenchie Lapdog, was a popular gift for ladies of the court. Since the middle of the last century, the Colored Lapdog has been bred because people wanted to create their own breed of dwarf dogs with coats of different colors. To this end, the Frenchie Lapdog has been crossbred with other dog breeds such as the Lhasa Apso and the Shih Tzu.

Until the 1980s, small whirlwinds were in demand primarily in the Soviet Union and other Eastern countries. In 1986, the triumph of lively dwarfs in Germany began with the GDR. Outside of Russia, the breed is not recognized by all associations. In Germany, the German Kennel Club recognized the Colored Lapdog in 2011.

The energetic Colored Lapdog is extremely friendly, affectionate, and intelligent. He is very attached to his owner and loves to cuddle with her. But do not underestimate his desire to move: this little ball of energy needs a lot of exercise and entertainment in the form of walks and games.

Education & Maintenance of the Colored Lapdog

As with all dogs, it is advisable for a lap dog to attend school. A cheerful dog learns quickly and gets great pleasure from it. He is open to other dogs, friendly, and careful with children. Make sure the animal is busy and physically active. Especially it concerns the relationship in the apartment. Ideal for a house with a garden where the baby can let off steam and play. 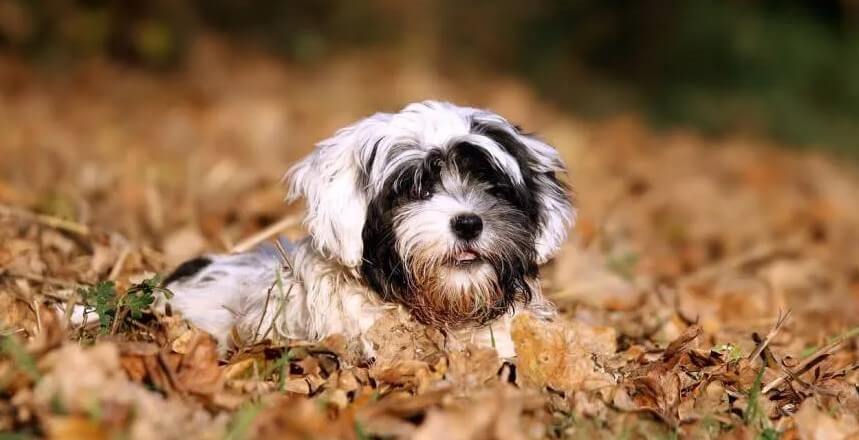 Colored Lapdog does not like loneliness and is best suited to families where almost always someone is at home or takes with them. If you work, take it with you to work if possible. His friendliness and casualness are sure to impress your colleagues quickly. Since he does not bark or show any aggression when properly socialized, you can easily take the Colored Lapdog with you everywhere.

Care of the Colored Lapdog

The adorable four-legged friend has long, curly and thick fur with plenty of undercoats. However, the efforts to maintain are not great. As a rule, regular combing and trimming of the silky coat are sufficient.

Colored Lapdog is not subject to seasonal molting and practically does not shed. This has the advantage that your home, clothes, and sofa are largely hair-free.

The breed has a low susceptibility to joint diseases such as patellar luxation (patellar luxation) and hip dysplasia. Some eye diseases can also occur, including progressive retinal atrophy leading to blindness. Choose a responsible breeder who cares about the health of their dogs.