The Rhodesian Ridgeback is the only recognized dog breed native to South Africa. Their ancestors probably helped the Cape colonies hunt and protected villages from predators. In the course of colonization, the breed we know today finally came into being when various pioneer dogs were crossed with the so-called Hottentot dogs.

Today, four-legged friends from Africa are used for hunting or rescue dogs, as well as for tracking and various dog sports. 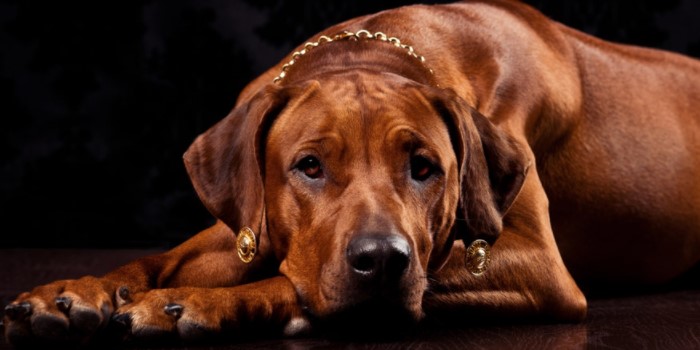 Rhodesian Ridgebacks originate in the vastness of Africa – accordingly, they also need a lot of exercise. Long long walks are a must – sports such as agility or obedience are very suitable as a supplement to keep them busy. Because smart four-legged friends want to be encouraged not only physically, but also mentally.

However, due to body size, it is important to avoid jumping during agility training as this can lead to joint problems.

Features of the Breed

According to the FCI breed standard, the Rhodesian Ridgeback is generally considered to be: “dignified, intelligent, reserved towards strangers, but showing no signs of aggression or shyness.”

Of course, this depends on upbringing, and this requires patience and composure. Because dogs with an inverted eel line are considered to be late developed, which means that their character can actually be considered established only after about three years of life.

Until then, quite empathetic and sensitive four-legged friends need to be experienced guidance, not based on harshness, as Rhodesian Ridgebacks are keenly responsive to disagreements, conflicts, and potential danger. After all, once they were intended for hunting and protection from lions and other dangerous animals – so self-confidence and courage are not alien to these dogs.

Accordingly, it is very important to pay attention to hunting instinct – always. Because instincts can only develop later. Just because a dog didn’t even look at a rabbit for two years doesn’t mean it couldn’t chase him for the third year.

However, this does not make the Rhodesian Ridgeback a dangerous dog in principle. Like every four-legged friend, he only needs a master who pays attention to individual requirements and can also adapt the breed’s upbringing accordingly. Given what they need, they make for reliable companions, often very loyal to their people. 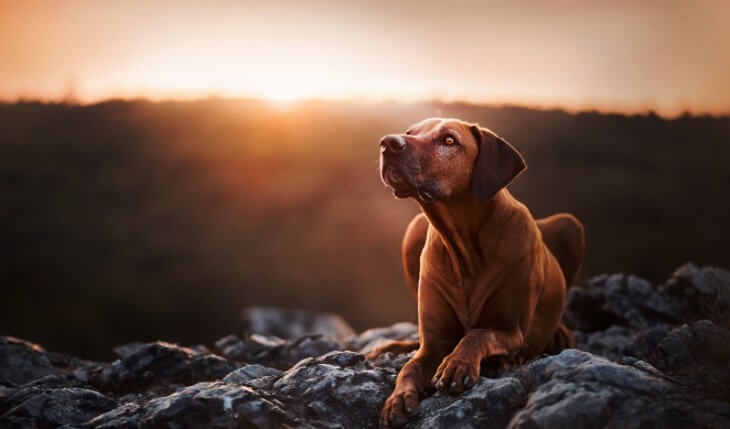 As already mentioned, Rhodesian Ridgebacks need a lot of exercise as well as mental development. Therefore, a house with a garden would be advantageous, but in any case, there should be enough greenery nearby to allow long walks. However, dog owners should always be especially careful and make sure that the hunting instinct does not turn on suddenly and the four-legged friend does not hide in the thickets. This can be very unexpected, even if the dog has no previous interest in animals or hunting.

Learning doesn’t stop when your new family member breaks into the house, attends dog school, or learns commands like “sit” and “down.” In particular, since the Ridgeback is considered to be late developed, long training, characterized by patience and calmness, should be emphasized. (By the way, this applies to many dogs – after all, animals can change just like people.)

Therefore, Rhodesian Ridgebacks are especially suitable for active people who like to work hard with their dog physically and mentally and who have a lot of time, perseverance, and above all self-control. Ridgebacks are also very affectionate and prefer to stay with their people at all times – they tend to be reserved around strangers. Therefore, this breed is not recommended for professionals who are away from home all day.