Corvids have very different reputations in different cultures: some peoples see them as harbingers of bad luck, others as messengers of the gods.

All corvids have a strong beak in common. But that’s almost all, because the different species are quite different from each other. The largest ravens are the common ravens (Corvus corax). They have jet-black plumage that shimmers in blue and grow up to 64 centimeters in size and weigh 1250 grams. Its tail is wedge-shaped in flight and its beak is very strong.

Their plumage is black and iridescent blue, and their beak is slimmer and longer compared to that of carrion crows. In addition, the root of the beak is whitish and has no feathers. The Jackdaw (Corvus monedula) is significantly smaller. It is only 33 centimeters tall and weighs up to 230 grams, so it is about the size of a pigeon and grey-black in colour.

Jackdaws are gray especially on the back of the head, neck and ears. The back is black with a blue tinge, the belly grey-black. But by no means all corvids are black. The best proof are our colorful and dazzling jays (Garrulus glandarius). They are 34 centimeters tall but weigh only 170 grams. 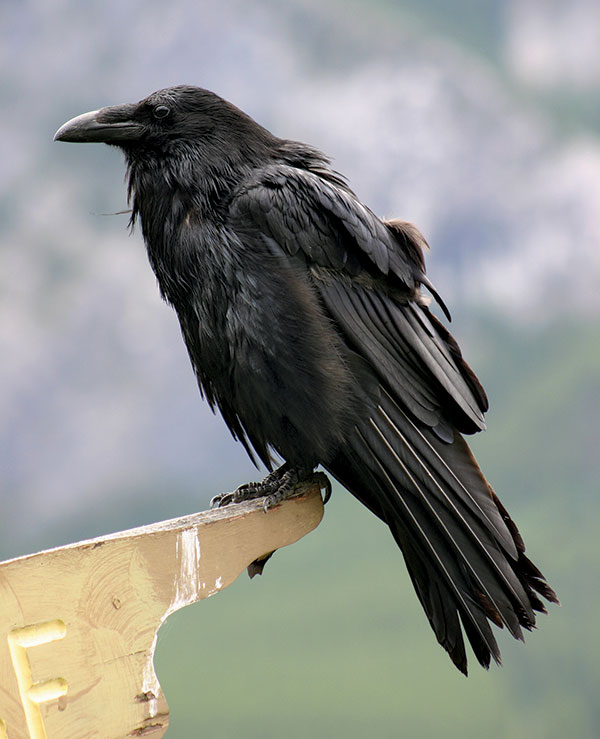 Their plumage is reddish-brown, the wings are black and white with blue-black bands. The light head is lined with black. The black and white magpie (Pica pica) with its long tail is also striking. Beak, head, back and tail are black, shoulder and belly are white. The wing covers shimmer bluish, the tail feathers greenish. Magpies grow up to 46 centimeters tall and weigh 210 grams.

Where do corvids live?

Corvids are found all over the world except New Zealand and Antarctica. In New Zealand, however, they were introduced by European settlers. Common ravens have the largest range of all corvids. They are found in Europe, Asia, North Africa, North America and Greenland.

Likewise, the magpies; but also occur in North America. Common ravens are at home in a wide variety of habitats: in mountains, on rocky coasts, in the tundra, in deciduous and coniferous forests as well as in bush steppes and desert-like regions. In the Alps they live up to 2400 meters altitude.

Carrion crows live in moorland, on coasts in forests, parks, and also in cities. Rooks prefer forest edges and clearings, but today they also live in cultivated landscapes and cities. Jackdaws feel at home in parks, deciduous forests, but also in ruins, and jays are at home in forests up to 1600 meters above sea level. Today, however, they are increasingly migrating to cities and breeding in parks and large gardens. Magpies live in alluvial forests, gardens, parks and in the mountains up to 1700 meters above sea level.

What types of ravens are there?

Corvids are divided into seven groups: jays, magpies, desert jays, nutcrackers, choughs/choughs, African piapias and ravens. There are about 110 different species worldwide. There are also several breeds of some species. Carrion crows are the Central and Western European breed of carrion crows and can be found as far away as the Elbe. The eastern breed of carrion crow is called a hooded crow. It is gray in color and lives from Northern and Eastern Europe to Asia. With us, the distribution areas of both breeds overlap; there are mixed breeds too.

How long do corvids live? 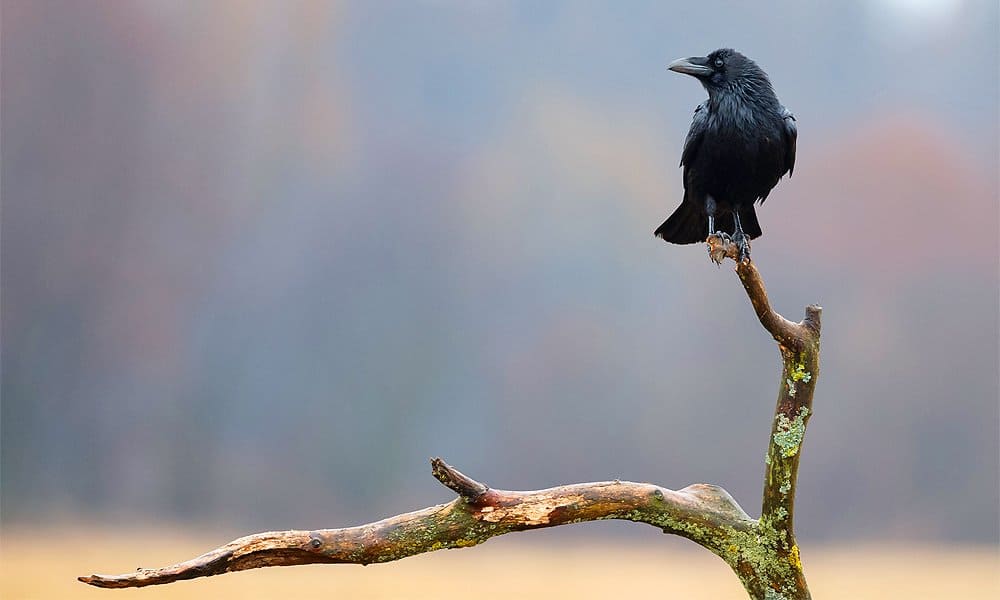 How do corvids live?

Corvids are considered to be the most intelligent birds and have therefore been studied very thoroughly by biologists. They are very sociable and social animals. Nevertheless, they are often unpopular because they are said to breed too much and even kill lambs or feed on eggs and young birds of other bird species.

But many of these assumptions are wrong, and corvids are actually very useful animals. And even if magpies, jays, or jackdaws attack one or the other bird’s nest in summer – there is no danger that they will wipe out other bird species. And they’re not “murderers” at all: They only appear in places where dead animals are lying to eat the carrion. They play an important role in the ecosystem.

Nor is it true that corvids breed in large numbers. Their behavior often only makes it look like there are many more of these animals: Magpies, for example, build several nests but only breed in one. Other birds benefit because they can move into the finished nests and don’t have to build them themselves.

During the cold season, rooks come to us from their breeding grounds to hibernate and then form large swarms. Others meet at mass dormitories in the evenings to spend the night under the protection of the group. Corvids that do not have breeding grounds move about in groups and are particularly noticeable because of the noise they make.