Pinschers are never bored – they have endless energy and would like to go out all day. His self-confidence and strong hunting instinct make him a difficult task to raise. If you succeed, you will get a loyal, affectionate, and sweet companion who will never say no to a shared adventure. 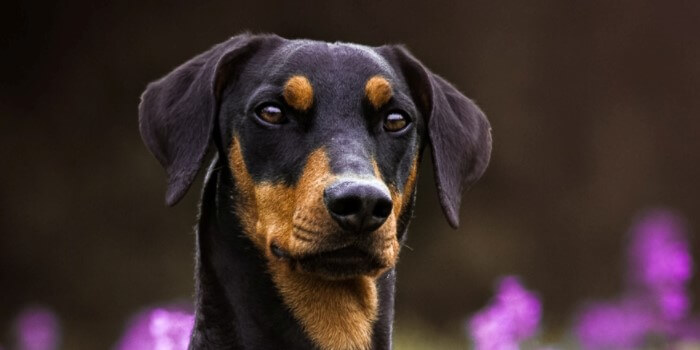 The Pinscher, officially known as the “German Pinscher”, is one of the oldest German dog breeds. It is closely related to the Schnauzer: both breeds differed only in coat at the beginning of breeding. Its genes are found in many other dog breeds such as the Doberman Pinscher. Initially, the Pinscher was a sought-after stall dog who had to earn his living as a reliable rat hunter. His field of activity expanded in the 19th century: Pinschers were then popular companion dogs. During the Second World War, the German Pinscher practically disappeared. Today there are several stable breeding lines, and some breeders even maintain waiting lists for their puppies.

The Pinscher is a very active, alert, and intelligent dog that gets excited easily. The Pinscher really doesn’t want to waste his time being bored and doing nothing. Therefore, many Pinschers themselves look for work. Intense alertness and reporting of any unusual activity in the home are typical of this alert dog breed. The medium-sized dog is confident towards strangers and even protective of its people. With the same passion, the Pinscher is engaged in his second hobby: hunting. He has a strong hunting instinct, and at the sight of his prey often forgets any willingness to cooperate with his people. 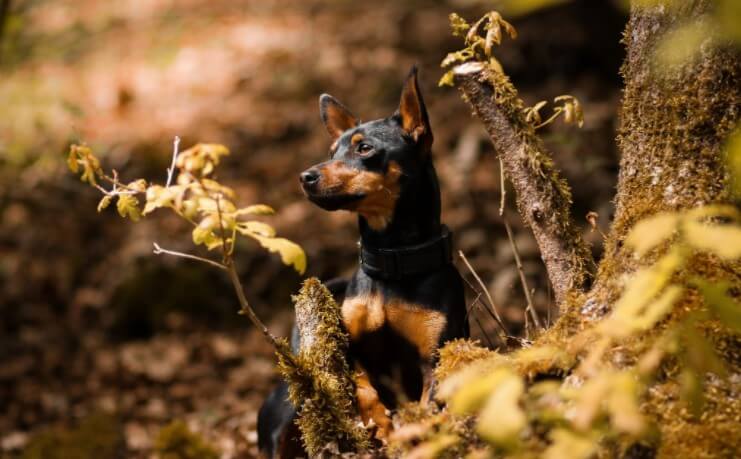 Its strong hunting and guarding instinct, high activity level, and quick wits make training the Pinscher a challenge. Thus, for aspiring dog owners and families with small children, a dog breed is only a good choice if they have studied the breed in detail beforehand and then go to film school to ensure it is raised properly. The Pinscher requires a lot of exercise. Long walks or accompaniment when riding a bike or horses are physically taxing for an athletic four-legged friend. However, in order to make this possible, the Pinscher is not allowed to hunt. Dummy or treat searching, dog sports, and other tasks that require a sports gun to control momentum and resist frustration are the basis for a well-balanced, well-trained Pinscher. In this way, a passionate guard dog can also find the necessary inner peace at home so as not to wake up excessively loudly or engage in other activities out of boredom.

Pinscher is extremely easy to care for. Regular brushing and checking of teeth, ears, eyes, and nails are part of the routine but take very little time.

Several breed-specific diseases are known to exist in the breed, but most can be ruled out with a health check inbreeding. These include cataracts, hip dysplasia (HD), and von Willebrand syndrome (VWS). Some lines are more prone to severe allergic reactions to vaccinations. With good care, proper nutrition, and age-appropriate exercise, the average German Pinscher can live up to 14 years.