The Pekingese was reserved for the Chinese rulers as a palace dog and was nicknamed the Lion Dog. These small, large-headed dogs are very alert and intelligent and make loyal companions for their owners. They are good for single people because they form a close bond with a single person. However, pretty Chinese women are also stubborn and determine when it’s time to cuddle and when not. 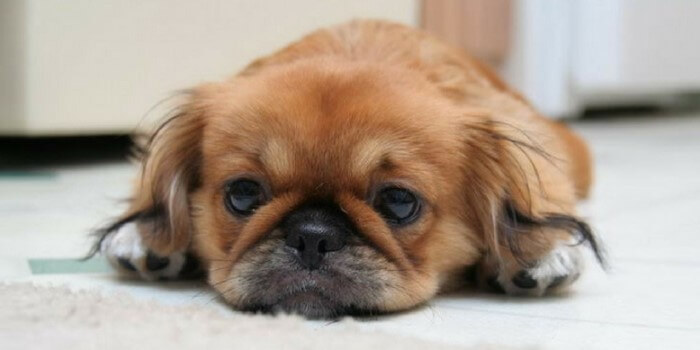 Palace Guard in the Chinese Empire

Nature of the Pekingese

Pekingese have been used to accompanying people for centuries. They like to fixate on a single reference person, whom they love very much. Animals are self-confident and choose their friends. Some stubbornness is characteristic of four-legged friends who like to decide where to go and when to cuddle.

Small dogs are extremely alert and will immediately attack if a stranger appears. However, they do not usually bark but are simply more alert watchdogs. As soon as the Pekingese loves his master, he will become a wonderful companion.

In any case, the non-traditional Pekingese need good socialization and should attend puppy classes and dog school. Loving and consistent guidance is needed, otherwise, he uses human weaknesses to his advantage. However, once a small dog has accepted you as a leader, it shows itself to be obedient and attentive, and then training is quite easy. 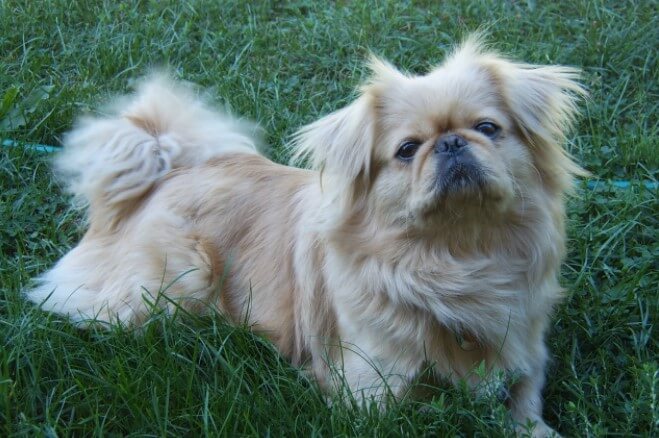 The Pekingese is not a particularly active companion and is well suited as a companion dog for older people who can no longer walk long distances. He also gets along well in a lonely apartment in a big city, if he is busy enough to make his daily rounds outdoors. The Pekingese loves to play with hidden objects and toys. He may also enjoy clicker learning. What he doesn’t like at all is the fuss. Loud music, visiting a Christmas market, or other events with a lot of people are not for a sensitive dog.

You should comb your dog’s long coat every day with a comb and brush. More intensive combing is required, especially when changing fur. In addition, animals tend to have elongated claws, which should be checked regularly.

Features of the Pekingese

Unfortunately, this breed suffers from overbreeding. Often a very short muzzle and large bulging eyes lead to breathing problems and inflammation of the eyes. Some animals also do not have a safe gait. In the meantime, obviously sick animals are no longer allowed for breeding. Fur also should not be excessively thick and long.