Of all domestic animals, the parrot has the highest life expectancy. If the lively spring friends are properly cared for, they can even live to be around 100 years old, depending on the species. Often people make the mistake of choosing a parrot because they classify it as particularly tame or even decorative. Another tempting reason to buy is the often given language ability of the funny two-legged friends. The keeping of feathered creatures often turns out to be more complicated than it seems at first glance. Parrots are undoubtedly very sensitive birds.

Every Parrot Needs a Suitable Owner 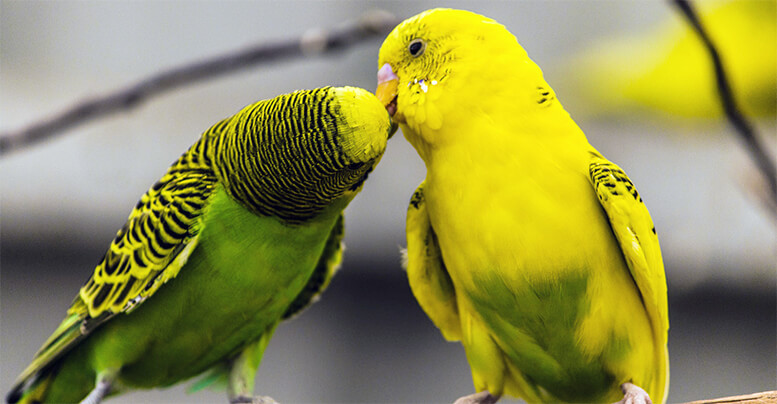 With parrots as pets, you can usually expect many decades of responsibility. You should be aware in advance of the fact that you have to accommodate at least two of the lively contemporaries. Parrots are not always just lovely cuddly birds, but sometimes very idiosyncratic and, above all, stubborn companions. You also need enough space. A suitably sized aviary is essential. Pieces of fruit and vegetables not only have to be laboriously cut, but leftover food also has to be removed inside and outside the aviary. The parrots like to create a little chaos and cause a lot of dirt in the process. You mustn’t be sensitive to noise. It is always to be expected that the lively little animals will accompany the TV program with a whistling concert. For late risers, the behavior of the parrots can also have an annoying effect in the long run. You should keep these and many other things in mind before purchasing. If you meet these requirements, a parrot awaits you as a companion who is not only loyal and appreciates your presence but also enriches your life in every way. The positive energy of the bullies is sure to have a beneficial effect on your state of mind.

The parrot belongs to the order of the Psittaciformes. Traditionally, feathered animals can be divided into two categories: the cockatoos and the real parrots. The former has an openable spring hood, while they lack the so-called Dyck structure of the spring branches, on which the incident sunlight is refracted. The real parrots do not have feathered hoods. Nonetheless, there are some species among them that have special neck feathers that act as a kind of frill. What both families have in common is that they have an upright posture and a strong beak, as well as a climbing foot with two toes placed forward and two backward. Choosing the right parrot species is not easy. Amazons are very popular, for example, because they are known for being quite robust. Your language skills, on the other hand, are less pronounced. Nevertheless, they have a very loud speech organ, by means of which they like to make themselves noticeable in the morning and in the evening. Those parrots that demand a lot of sensitivity from their owners include the blue-fronted parrots, as they temporarily turn away from their human attachment figure when they reach sexual maturity and defend their territory with all their might.

Society as the Key to Happiness

Parrots are said to be very sociable. It is not without reason that they live together in larger groups in the great outdoors. Take this into account in your posture. It is recommended that parrots in human care have at least one other conspecific by their side. If the birds are left to their own devices for a long time, then they tend to get lonely. They often get sick and show certain behavioral disorders. The nationwide Animal Welfare Act refers to the fact that individual keeping of parrots has even been forbidden since the beginning of 2005. Of course, only those species are allowed to live together under one roof that shares the same needs and generally harmonizes with one another. The particularly popular parrots include the African gray parrots, which are considered to be very intelligent and gifted with languages. The death of partners and caregivers represents an enormous loss for the African gray parrots. As a result of such strokes of fate, plucking often occurs.

Parrot Cage and Keeping in the Aviary

First of all, you have to find a suitable place for the aviary. The parrot cage should be set up at a height of at least 80 cm in a light, quiet and draft-free place. Round cages with a diameter of fewer than 2 meters are prohibited. With regard to the use of an outdoor aviary, it should be remembered that a dry and draft-free shelter with at least 5 degrees room temperature should be available.
A parrot aviary can never be big enough. For example, macaws need a footprint that is at least 4 x 2 x 2 m. In addition, a shelter must be provided in which the birds can retreat. In general, sufficient daylight or at least flicker-free artificial light that does justice to the sunlight spectrum must be ensured in rooms. The duration of the lighting depends on the type of parrot and the needs of the animals. Usually, this is between 8 and 14 hours. The day-night rhythm is very important to the birds. The same applies to the correct room temperature. Your beloved parrot’s home also includes perches in the form of real tree branches that have to be changed every now and then. Parrots are passionate rodents, after all. We also recommend special parrot sand that can be combined with bark mulch and wood chips.

The presence of a small water basin is essential for your feathered companion because parrots need to allow themselves a bath every now and then. If the sociable birds do not have a suitable tank, spray them with water at least once a week. After a short period of getting used to it, you can allow regular free flights in your room. After all, it is in your best interest that your parrot is happy and satisfied. It often happens that parrots’ nails grow back faster than they wear out. This horn growth can be due to overfeeding with various nutrients. In these cases, you or a veterinarian should trim the claws with special claw scissors. 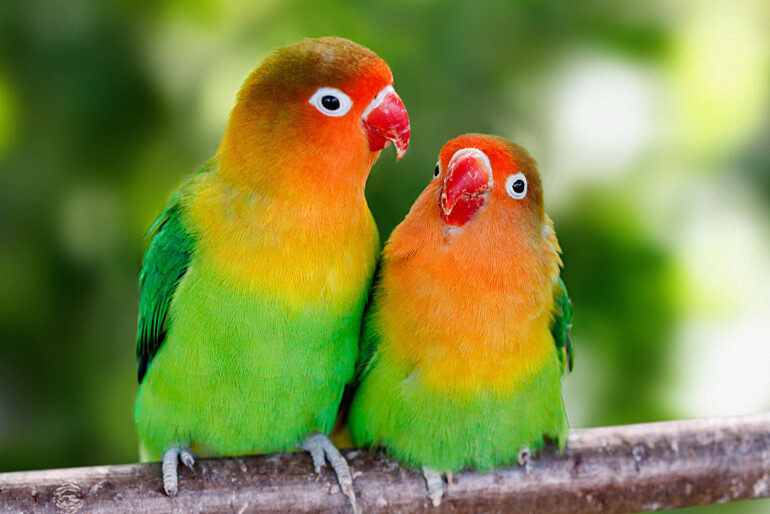 Parrots need different and fresh food every day. The vitamin requirement of the two-legged friends is very high. Especially fruits and vegetables that have not been sprayed and untreated are recommended. In addition to pitted apples, this also includes bananas and corn on the cob. Oranges, mandarins, grapefruits, and clementines must not be fed to animals with kidney problems. Unripe elderberries, apple, and cherry pits, and avocados are generally considered to be toxic. You can also find the right parrot food for your feather friend in stores.