With their flat faces and big googly eyes, the kitties look cute. However, overbred cats may have communication problems. This is now suggested by the result of a recent study from Great Britain.

Overbred cats not only often have health problems – but they are probably also less understood by their conspecifics or humans. This is shown by a study by a team of researchers from Great Britain and Brazil.

The scientists wanted to find out what risks can arise if cats are bred for specific physical characteristics that people find beautiful. These include flat faces, large foreheads, and eyes as well as “grumpy” facial expressions.

Examples are the exotic shorthair and the oriental shorthair. These cat breeds are characterized by a very round, flat face with large eyes. They are probably “the result of the human preference for childish facial features that appeal directly to our caring instincts,” writes Lauren Finka, one of the study’s authors, on “The Conversation”.

With cute faces with big googly eyes, we get weak – even with cats. But what we just find cute can cause some problems for the animals. It is known, for example, that dog or cat breeds with this flat head shape – also called short-headed or brachycephalic – often suffer from breathing problems. 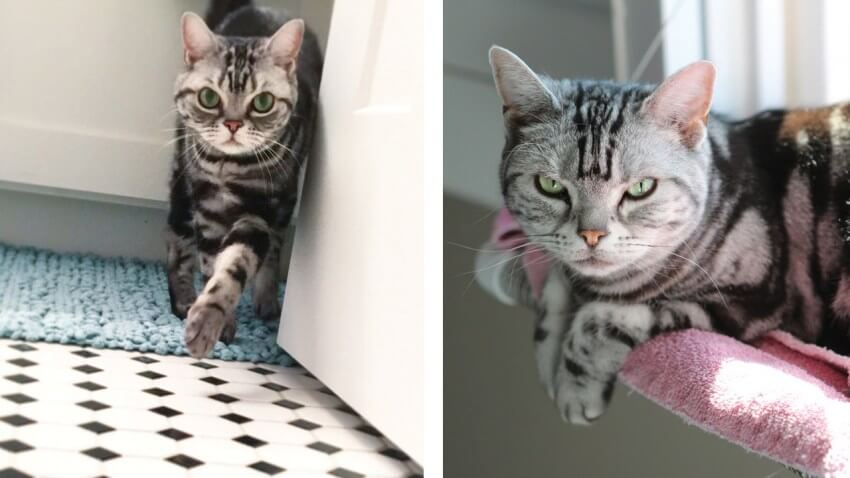 Lauren Finka and her colleagues have now found in their study that exaggerated facial features could also have negative effects on communication between the cats.

“Depending on their emotional state, cats can change their facial expressions,” explains the scientist. “Their faces can look different depending on whether they’re afraid, frustrated, or in pain, for example. Drastic changes in your deeper facial structure can, however, disturb the clarity of your facial expressions. ”

Particularly noticeable: In the case of cat breeds with flat faces, it often looks as if the kitties are in constant pain. Even if they don’t have any at the moment. According to the study results, this mainly affected Scottish Fold cats. These achieved particularly high scores for pain-like facial expressions – even more than other short-haired breeds that were actually in pain.

To find out, the team analyzed images of nearly 2,000 cat faces. The result: Orientation points on the face changed their position considerably with different facial expressions, depending on the breed. This was true even if the cats showed a neutral expression. “Not only short-headed races could therefore have problems with effective communication”, so the conclusion.

“These results show that we are attracted not only to animals that are cute or childlike, but also potentially to those who look more vulnerable, injured, or suffering.”

With bad consequences for the four-legged friends: As a result, we humans may continue to overbreed cats who not only suffer from health problems but also find it more difficult to communicate with us and their fellow cats.

Therefore, there is a risk that the kitties will get more attention from us than they want – because they arouse our protective instinct. In the same way, it can also happen that we do not recognize when overbred cats are in pain. Simply because we don’t see any difference from their normal appearance. It is therefore becoming more important to pay attention to posture and behavior rather than facial expression.

The changed face shape is still problematic, explains Lauren Finka. Because: Other characteristics of the cat breeds have also changed through breeding. For example the general height and shape as well as the length of the legs and tail.

“Our research shows that people should carefully consider which breed of cat or dog to choose,” says the researcher. So you should find a reputable breeder and make sure that the breed in question has no health restrictions. Overbred cats with exaggerated facial features or shorter legs should not be purchased.

And those who already have such a cat at home should be aware that their appearance can lead to misunderstandings when assessing their condition.