The name “otter” comes from the Indo-European word “users”. Translated into German, this means “aquatic animal”.

Otters are considered land predators, although they are comfortable on both land and water. The nimble predators belong to the marten family. Like martens and weasels, they have a long, slender body with fairly short legs. Their fur is very dense: 50,000 to 80,000 hairs can grow on a square centimeter of otter skin.

The fur on the back and tail are dark brown. There are lighter patches on the neck and sides of the head that can range from light gray to white. The otter’s head is flat and broad. Strong, rigid whiskers called “vibrissae” sprout from their blunt snout. Otters have small eyes. Their ears are also small and hidden in the fur, so you can hardly see them.

As a special feature, otters wear webbed fingers and toes so that they can swim faster. Otters can grow up to 1.40 meters long. Her torso is about 90 centimeters. In addition, there is the tail, which is between 30 and 50 centimeters long. Male otters weigh up to twelve kilos. The females are slightly lighter and smaller.

Where do otters live? 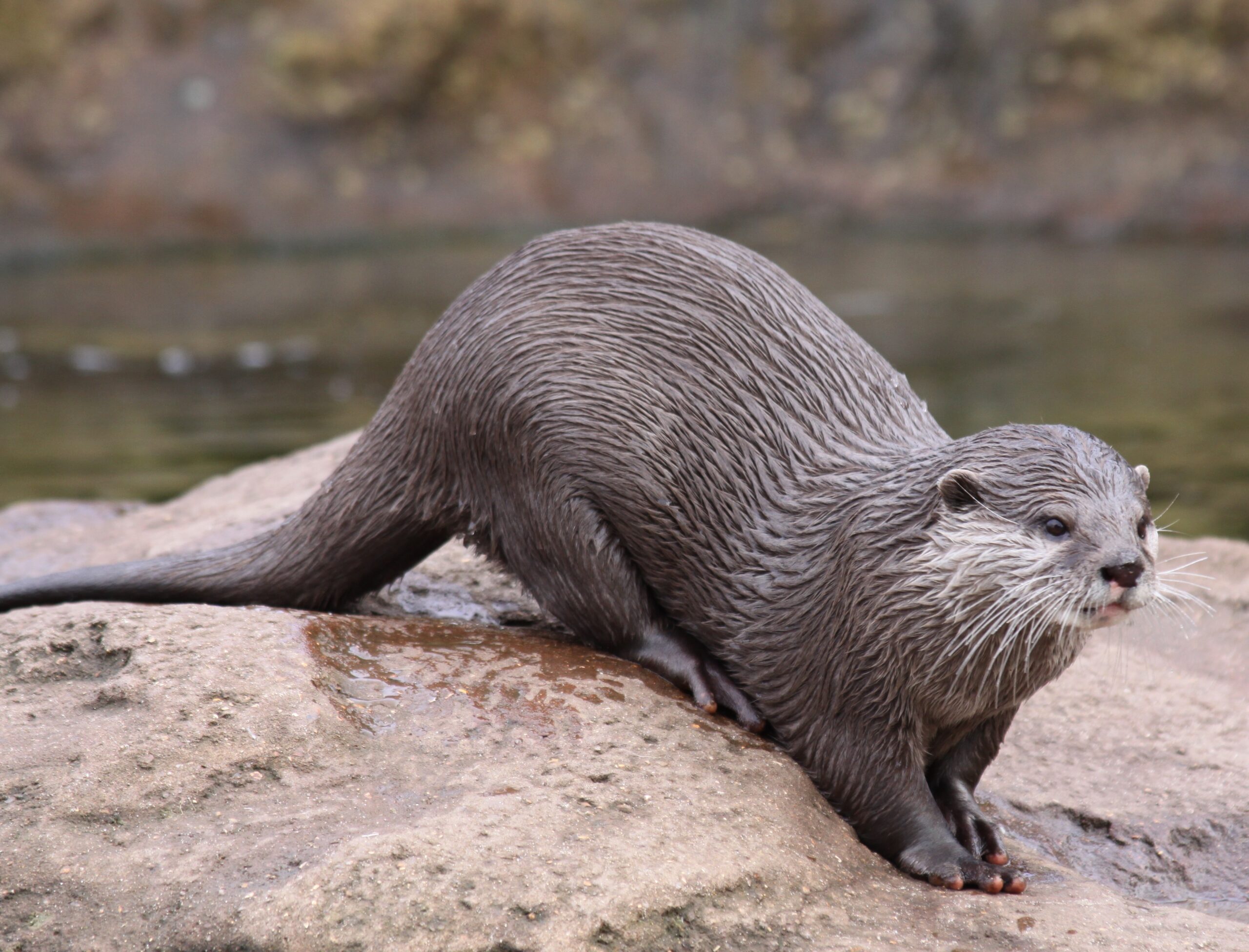 Otters are found in Europe (except Iceland), in North Africa (Algeria, Morocco, Tunisia), and in large parts of Asia. Because they can only live near bodies of water, there are no otters in deserts, steppes, and high mountains.

The banks of clean, fish-rich waters offer otters the best habitat. They need an intact, natural bank landscape with hiding places and shelters. So when there are shrubs and trees along the shore, otters can live along streams, rivers, ponds, lakes, and even the seashore.

What types of otters are there?

How old do otters get?

Otters can live up to 22 years.

How do otters live?

Otters are solitary animals that live amphibiously, that is, on land and in water. They hunt for prey mainly at night and at dusk. Otters only dare to leave their burrow during the day if they are completely undisturbed. Otters prefer burrows that are close to the waterline and at the roots of trees.

However, otters use many different hiding places as a place to sleep. About every 1000 meters, they have a shelter, which they inhabit irregularly and change again and again. Only the hiding places that they use as places to sleep and as a nursery are elaborately built.

The otters also make sure that they remain undisturbed and that these burrows are not flooded. The shores of water form the territory of the otter. Each otter marks its territory with a scent and droppings. The territories can be two to 50 kilometers long, depending on how much food an otter finds in the water.

Because they like to stay close to the water, otter territories only extend about 100 meters inland. With their slender bodies and webbed feet, otters are well adapted to life in the water. They can dive well and swim faster than seven kilometers per hour. An otter can stay underwater for up to eight minutes. Then he has to go to the surface to get some air. 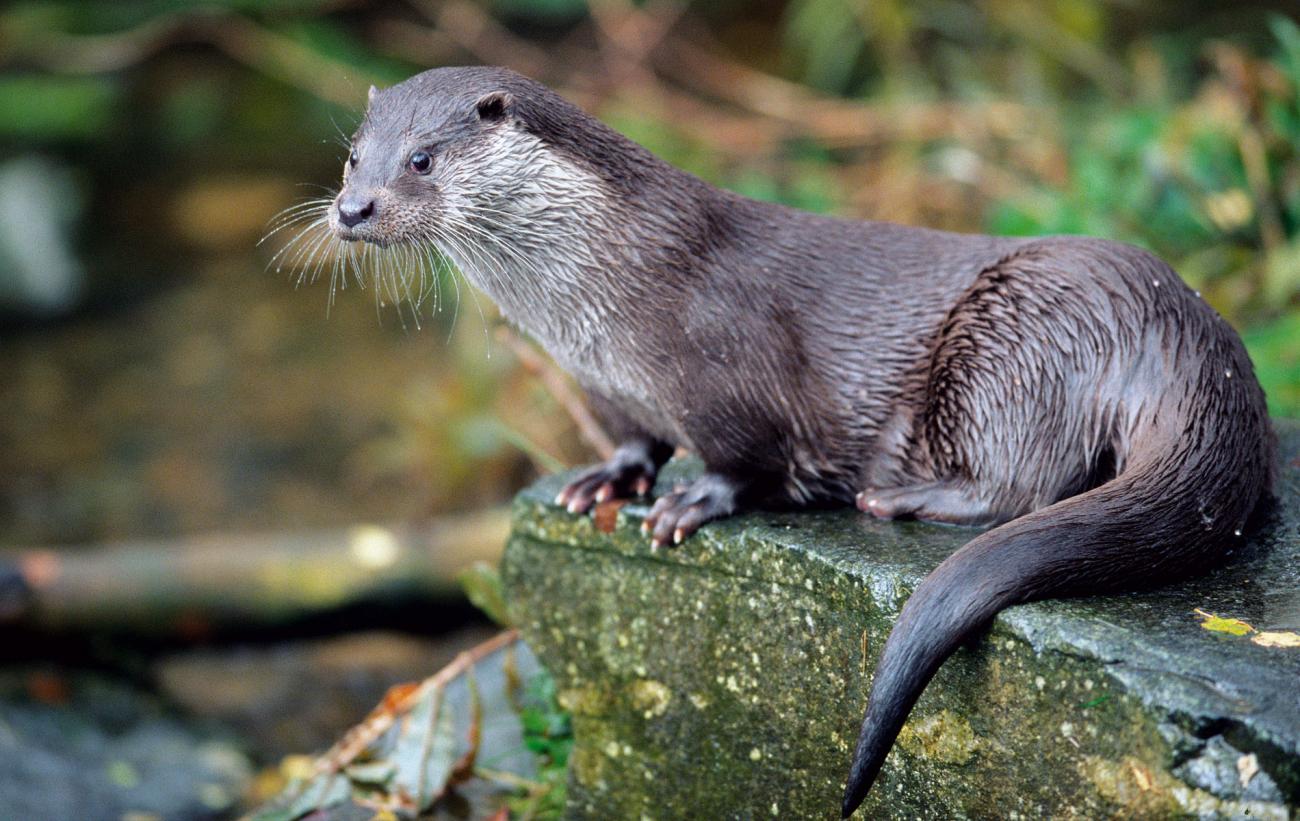 Sometimes otters dive 300 meters and 18 meters deep. When diving, the nose, and ears are closed. In winter, otters dive long distances under the ice. But they also move very quickly and smoothly on land. They often hike 20 kilometers. Otters weave their way swiftly through the grass and undergrowth. If they want to get an overview, they stand on their hind legs.

How do otters reproduce?

Otters are sexually mature after two to three years of life. They don’t have a fixed mating season. Therefore, young can be born all year round.

After mating, the female otter is pregnant for two months. After that, she usually throws one to three young, less often four or five. A baby otter weighs just 100 grams, is initially blind, and only opens its eyes after about a month. The mother nurses her children for six months, although the young are already eating solid food after six weeks. They leave the building for the first time after two months. Sometimes young otters are quite afraid of water. Then the mother has to grab her young by the neck and dip them into the water.

How do otters hunt?

Otters primarily use their eyes to orientate themselves. In the murky water, they use their whiskers to track down their prey. With these hairs, which are up to two inches long, otters can feel the movements of prey. The mustache also serves as a tactile organ.

Small fish eat otters immediately. Larger prey animals are first brought to a safe bank location. Only there do they eat them with loud smacking, holding the prey between their front paws. Otters usually attack fish from the bottom of a body of water because fish have trouble looking down. Fish often flee towards the shore to hide there. Because of this, otters sometimes flick their tails to herd fish into creeks where they can easily hunt them.