The exact origin of the breed is not known, it is assumed that breeds like the Ovcharka and the Pon belong to the ancestors. Find out everything about the behavior, character, activity and exercise needs, training, and care of the Old English Sheepdog breed in the profile.

The exact origin of the breed is not known, it is assumed that breeds like the Ovcharka and the Pon belong to the ancestors. Used as a sheepdog in Britain and Scotland, the long coat was deliberately bred to protect him from the harsh local weather conditions. 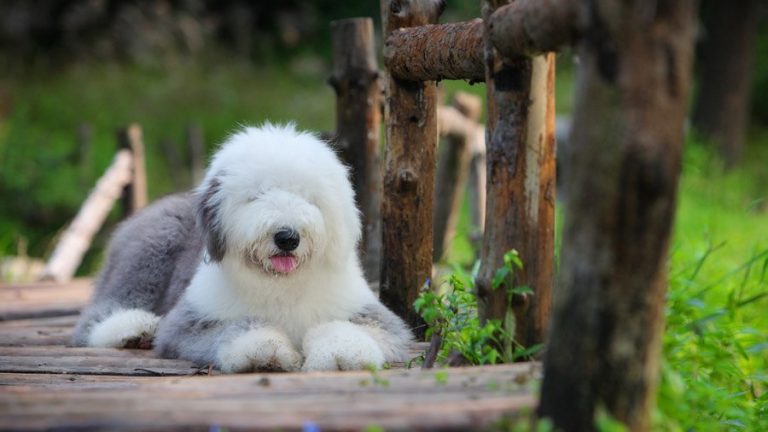 The Bobtail is a strong, square-looking dog with a muscular build—although you rarely see it because the dog is completely covered in a thick, long coat. According to the breed standard, it is white-grey-black and has a shaggy structure. Seen from above, the bobtail’s body is pear-shaped.

Don’t be fooled by the first impression: Even if the bobtail sometimes gropes around like a bear: Under the shaggy fur is a real bundle of energy that will be in top form during games and sports. He is also a true herding dog who will look after “his flock” and likes to keep them together. In addition, the Bobtail is a true romantic: he will never miss an opportunity to show you how much he loves you. A bobtail is affectionate with children and gets along well with other animals. He can also be a little stubborn at times, but those are just brief gaffes.

A thoroughly athletic breed that needs a lot of exercises and shows great endurance in all activities. Dog sports such as agility are recommended.

He is willing to learn and easy to train. But he is also attested to occasionally flare-up, stubborn traits.

The Bobtail requires regular and extensive grooming with extensive brushing. At least once a week, the long fur must be carefully combed through, strand by strand. In the case of matting – but also in midsummer – it makes sense to clip the dog. If the coat is thoroughly cared for and the undercoat is regularly removed, this is actually not necessary, according to many breeders. Care and control of the ears are also important for all long-haired dogs. The long hair over the eyes should also be tied back or trimmed to give the dog a clear view.

As with all herding dogs, the MDR1 defect and eye diseases can occur, and the Bobtail is also said to have a tendency to tumors. 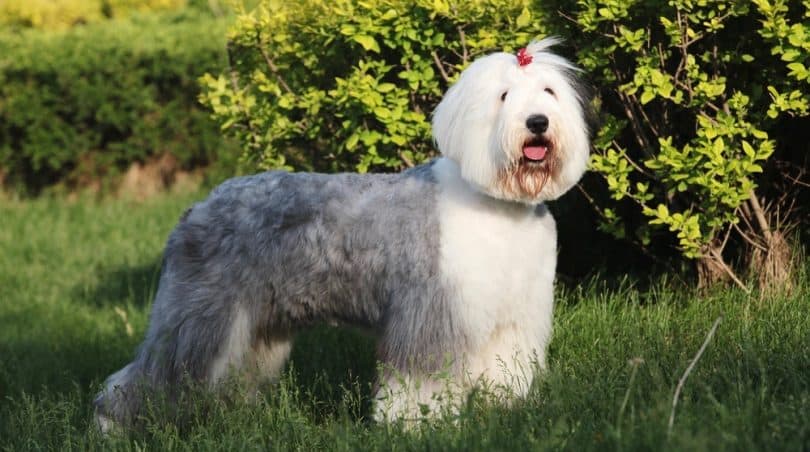 Bobtail roughly means “stubby tail”. In some bobtails this is innate. These animals were particularly popular at a time when dog tax in England was based on the length of the tail. At least that’s the legend that is still told in Great Britain today to explain the nickname.