Obedience and Rally Obedience are two dog sports that aim to promote and strengthen the bond between a human and a dog team. Dogs and humans master tasks together with fun, joy, and positive reinforcement. You can find out everything about the dog sport of obedience in this article. 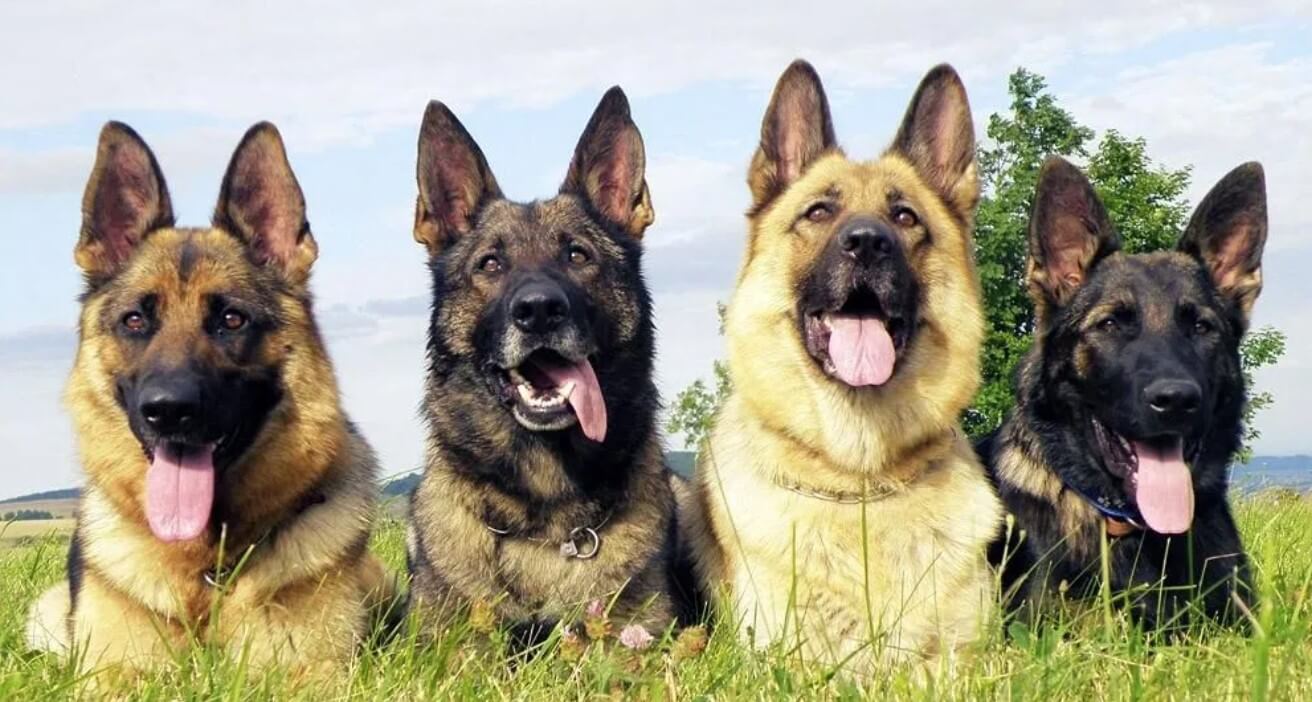 Obedience is also referred to as the “high school” of dog sports. Translated from English it means obedience. This dog sport, like agility, originated in England. In obedience, a human-dog team completes tasks that are announced beforehand by a so-called ring steward.

In addition to carrying out the commands: sit, down, stand, stay, walk and fetch, which are given by voice and/or visual signals, the dog is required to behave in a controlled manner at a distance. The dog has to carry out sit, stand, and down commands from its human from a distance. Accept changes of direction on instruction or from three dumbbells laid out, which retrieve the indicated ones.

In competitions, the classes Beginner, Obedience 1 to 3 are tested. The tasks required in the competition are very varied. In addition to the free following, retrieving, sending ahead into a square marked on the ground, changing position at a distance, and overcoming a hurdle is also required. Furthermore, an odor identification and a group exercise in which the dog has to prove its social compatibility with other dogs and people.

In obedience competitions, the quick and precise execution of an exercise is evaluated, as is the harmonious cooperation of the 6-legged team. Loud or rough speeches by the dog are frowned upon and will result in a point deduction.

What is Dog Obedience?

Obedience and Rally Obedience is brain jogging for dogs and should be carried out with a lot of fun and joy by the human-dog team.

What is Rally Obedience?

In Rally Obedience, also known as Rally O by fans, the focus is also on perfect communication and the partnership between the human and dog team. In Germany, rally obedience is one of the younger dog sports that is offered in dog schools or dog sports clubs. Like many new dog sports, Rally O hails from the United States.

And This is How Rally Obedience Works: 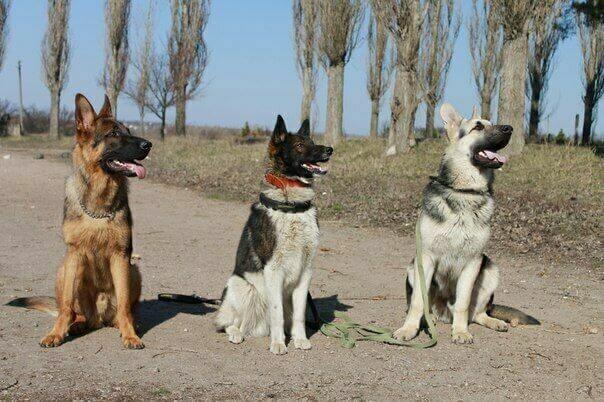 Unlike obedience, rally obedience consists of a course made up of several stations. The rally course is designed by the judge and consists of an average of 17-23 stations. Similar to a scavenger hunt, there are signs at the stations that show the respective human-dog team in pictures and symbols of what to do and in which direction to go. The handler now takes his dog by the heel and works through the course as quickly and precisely as possible.

The nice thing about Rally Obedience is that humans and dogs can communicate with each other at any time while they are completing their tasks on the course. The dog can always be addressed, motivated, and praised.

In the rally obedience course, exercises such as sit, down, stand and combinations of these elements have to be mastered. There are directional changes of 90°, 180°, and 270° to the right and left. In addition, 360° circles are to be paced. At one station in the course, you are asked to run a slalom around pylons, at another station you have to send the dog over a hurdle ahead or call it up. And of course, as in traditional obedience, there are also staying and retrieving exercises. A somewhat “nasty” task is the practice of refusing food. The team is sent past filled food bowls without the dog being allowed to help themselves. Probably the most difficult task for Labrador Retrievers and Golden Retrievers in the Rally O.

What Does Obedience Do for Dogs?

The physical and mental workload of the dog is well promoted in both types of obedience. Older dogs as well as dogs with a handicap can still become champions in both disciplines. Both obedience and rally obedience work with positive reinforcement on the dog. Working together as a human-dog team creates trust and reliability not only on the dog training ground but also in everyday life. This creates a good bond between the two- and four-legged partners.

What Does My Dog L​learn at Obedience?

Performed and practiced correctly, obedience strengthens the human-dog relationship and the self-confidence of dogs.

Which Dogs/Dog Breeds are Suitable for Obedience?

Every dog ​​should show obedience, regardless of whether it is a mixed breed or a pedigree dog. Everyday life can be made much less worry-free and stress-free for dogs and humans with obedience. Thus, every breed of dog is suitable for obedience. It makes sense to start learning obedience as a puppy. But older dogs or dogs with disabilities can and should still learn obedience. The extent to which one can then finally take part in the tournament events depends on the respective “goodwill” expression of the individual dog and on the perseverance of the dog owner. In principle, any kind of aggressiveness towards other dogs and people is undesirable for dogs participating in obedience training and will not be tolerated. To participate in tournaments, the dog must be at least 15 months old.

Obedience training is also the ideal introduction to Rally Obedience. At Rally O, however, a little more fitness is required from both dogs and humans. In order to be able to run slalom or jump over hurdles, the dog must be physically healthy in order to complete the exercises with fun and without pain.

Which Dogs are Suitable for Obedience?

Actually, all socially acceptable dogs are suitable for obedience.

Requirements: You Must Bring This With You as a Dog Owner

Many dog schools now offer obedience and rally obedience. However, if you aim to take part in obedience or rally obedience tournaments with your four-legged friend, you must be a member of a dog sports club. No matter what you decide, you should always be guided by a professional in order to do everything right from the start.

Your physical fitness and a good bond with your fur nose are also important.

Tips to Get You Started – How Your Dog Learns Obedience 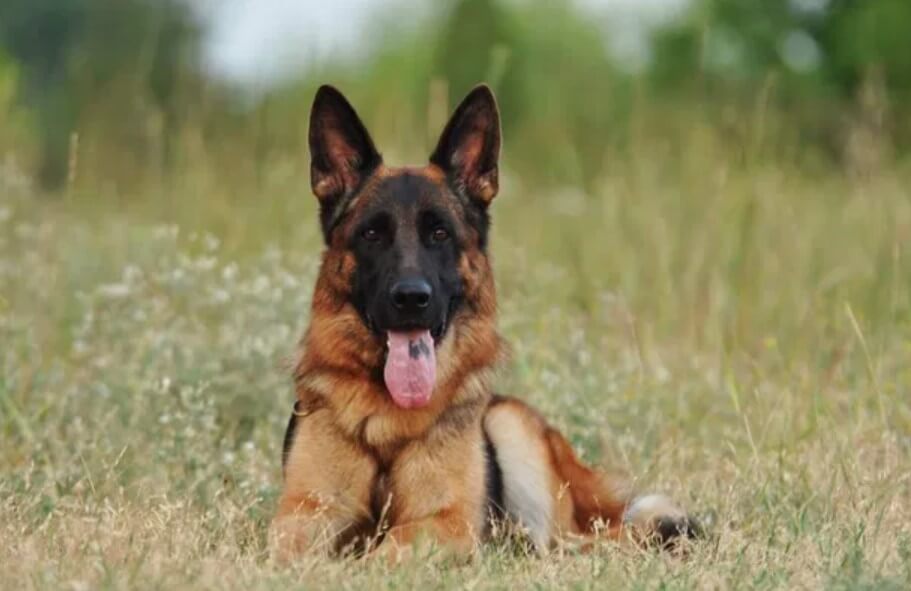 The basic commands are the same for many dog ​​sports. Whether sit, down, here, or foot these commands have to fit really well. “Foot” walking is performed exclusively on the left side by humans. The dog walks close to the human’s left knee without overtaking or falling behind. Smaller dogs are also allowed to adopt a so-called individual distance in order not to feel pressured or accidentally kicked by their human. However, this should not be more than approx. 30 cm. Choose a different word for the right side; usually “right” is actually used there. It is important and very helpful later in the course if the fur nose knows the difference between the two sides and can follow them.

For training, whenever working with treats, choose the dog’s ultimate treat. The dog decides what is ultimately tasty for him and not the advertising promise on the packaging. Incidentally, cheese cubes or meat sausage have proven to be the ultimate treat for millions of training dogs.

First little exercise for the gas round

A small obedience exercise that can be incorporated into every walk as brain jogging for the furry friend is walking on your knees.

Only when you are sure that this small sequence is secure do you take further steps before your dog receives his treat.

Second Little Exercise for the Walk Around

If you have now managed to walk with your dog at least 20 steps straight ahead with you at knee height with the first small exercise, you can build up another small building block from obedience. The turns of 90°

Tip: The more precise you are in your upper body and foot alignment to the right and left, the easier it will be for your dog to follow you.

Equipment for the Perfect Start in Obedience

If you want to practice obedience with your dog on a regular basis, the equipment should of course be right. The perfect gear includes:

Conclusion – Is My Dog Suitable for Obedience? Any human-dog team can do obedience. It is a great activity for two- and four-legged friends and really welds together. If you like it a bit quieter, you are better off with classic obedience. If you want something a little more action-packed and maybe fancy dog sport agility, you should try rally obedience. But no matter which dog sport you choose, the best thing is that you spend the best time in life with your furry friend.