The northern bald ibis really looks like a strange bird: about the size of a goose, the animal has dark plumage, a bald head, and a long, thin, downward-curving beak.

The northern bald ibis belongs to the order of the wading birds and there to the family of the ibis and spoonbill. He’s about the size of a goose. The males measure about 75 centimeters from the head to the tail feathers, the females are slightly smaller at about 65 centimeters, but otherwise look the same as the males.

The birds weigh up to 1.5 kilograms. The plumage is jet black with a metallic greenish to bluish sheen. The feathers on the shoulders shine slightly reddish to violet. The plumage on the neck and belly is a little lighter and has a silvery shimmer. The face and forehead are bare and reddish in color, only the neck is adorned with a few long feathers. The bird can raise this crest of feathers. The most striking feature is the long red beak, which is bent downwards. The strong legs are also bare.

Where do Northern Bald Ibises live?

The northern bald ibis used to be common in parts of Europe. It came from the Balkans through Austria, Germany, and France to Spain. However, the birds were heavily hunted and eventually became extinct in Central Europe in the 17th century. The homeland of the northern bald ibis is not limited to Europe: it also lives in North Africa as well as in the Middle East and Northeast Africa, for example in Ethiopia. 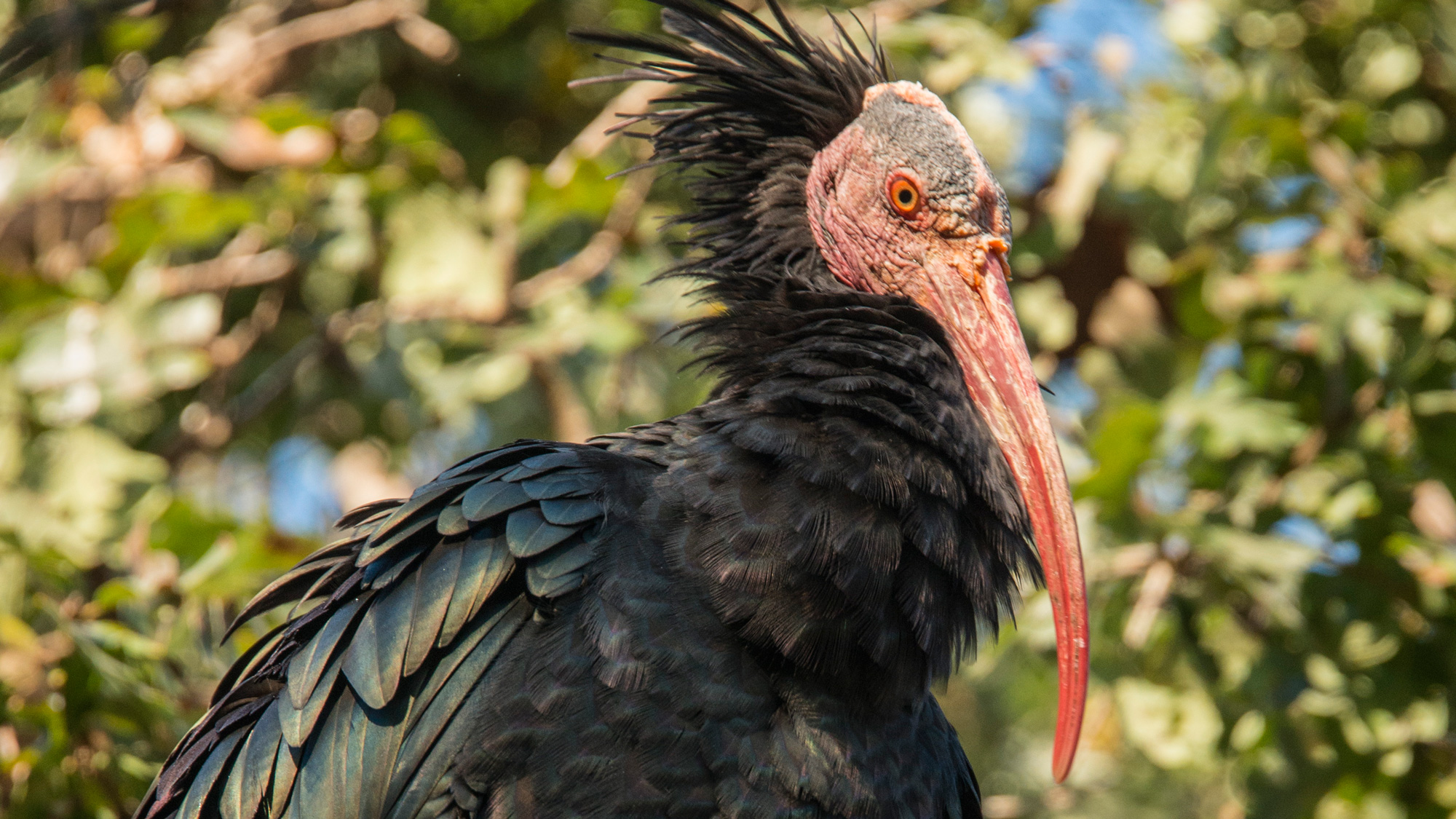 Today there are only a few animals left in the wild. They live in Morocco, Turkey, and Syria. The northern bald ibis lives in open landscapes such as steppes, but also on cultivated land, on meadows, and pastures.

Which types of forest are there?

Relatives of the northern bald ibis are ibises, spoonbills, and storks.

How old do bald ibises get?

A northern bald ibis can live 15 to 20 years, with some scientists suspecting that some animals can even live up to 30 years.

The northern bald ibis lives in groups of twelve to over a hundred animals. The birds are very sociable and have a distinctive social behavior. When they meet at their breeding rocks or resting places, the first thing they do is look for their mate. Once they have found each other, they greet each other by raising their tuft of feathers, throwing back their heads, and bowing. They repeat this several times while shouting loudly. When one couple begins this greeting, all other couples in the colony soon join in the ritual.

Northern bald ibises are mostly peaceful, only the males occasionally argue with each other when one gets too close to a strange nest or tries to steal nesting material. However, it is almost never the case that the animals injure themselves in the process.

Friends and foes of the bald ibis

How do Northern Bald Ibises reproduce? 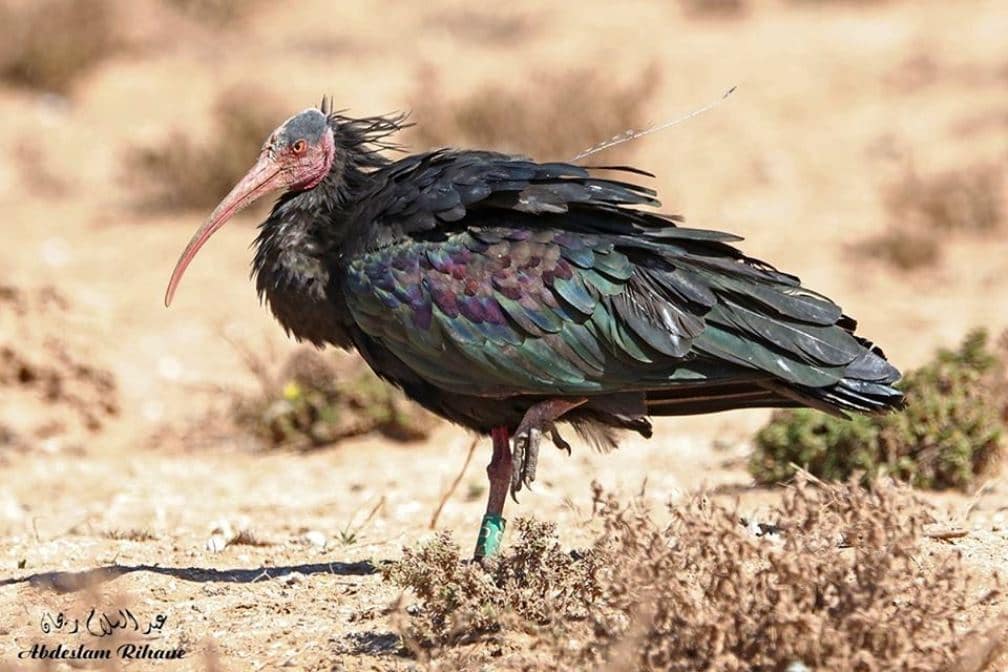 Northern bald ibis breeds only once a year, between March and June. Of course, the birds breed in their colony. Each pair builds a nest out of twigs, grass, and leaves on rock faces. There the female lays two to four eggs.

The young hatch after about 28 days. They are fed not only by their parents, but also by other animals in the colony. The young fledge after 45 to 50 days. However, they stay with their parents for quite a while and learn from them what they can eat and where to find food.

How do Northern Bald Ibises communicate?

Northern bald ibis has very individual voices, which means that you can recognize the individual animals by their voice. Typical are the loud calls that sound like “Chup”.

What do forest ibises eat?

The northern bald ibis lives almost exclusively on animal food: by poking at the ground with its long beak, it searches for worms, snails, insects and insect larvae, spiders and sometimes small reptiles and amphibians and even small mammals. Occasionally he also eats plants.