The absolute horror idea for all rabbit owners: The rabbit no longer eats. All alarm bells go off immediately. Because: Rabbits and other rodents usually suffer in silence. If they refuse to eat, this is a relatively good indicator of disease in rabbits. PetReader explains which symptoms you should watch out for and how you can best help your rodent.

Rabbits are flight animals and, because of their behavior, show very late when something is missing. Nature has arranged this in such a way as to avoid drawing the attention of potential predators to the weakened prey.

Since rabbits are ideally kept in groups or at least with a partner, it is of course not always that easy to understand who has eaten how much. Therefore, feeding your rabbits shouldn’t be a matter of a few seconds, but should be done under careful observation so that you can immediately notice any changes.

There can be many different causes for a rabbit not to eat. The main reason, however, is usually pain.

Contents show
1 Rabbits Won’t Eat: Dental Problems are a Common Cause
2 Rabbits Cannot Vomit
3 Constipation Also Prevents Rabbits From Eating
4 If a Rabbit Does Not Eat, the Sensitive Intestinal Flora is Disturbed
5 If the Feed Intake Changes, There is Often an Emergency

Rabbits Won’t Eat: Dental Problems are a Common Cause 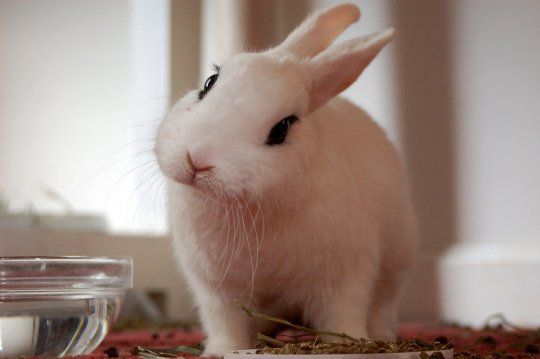 Dwarf rabbits in particular often have dental problems, as their teeth grow their entire life and are not worn enough from improper feeding. This is not about the fact that the feed is hard enough, but about the length of time, the rabbit eats during the day, as the teeth can only rub against each other.

Due to the slightly inwardly tilted position of the molars, tips can form that drill painfully into the gums. If this is the case, rabbits will eat less. It is therefore not enough to only look at the incisors during the general examination. Make sure your vet also looks at your pet’s molars.

If one goes further into the gastrointestinal tract, there are many more sources of painful conditions. The muscle at the entrance to the stomach is very strong, which is why rabbits cannot vomit. In the event of incorrect fermentation in the small or large intestine, gas cannot escape and thus lead to the very painful overstretching of the stomach (tympany).

If you know your rabbit well, you will easily recognize a tympany on the hard abdominal wall and the unusually bloated body shape. Then you should definitely go to the vet. Bad fermentation is caused either by incorrect feeding (a lot of cabbage without getting used to it or pellets containing grain), insufficient transport of the food in the event of constipation, or a disruption of the intestinal bacteria.

In the case of light to moderate inflation, your animal is treated with medication with so-called antizymotics, i.e. foam breakers. In very severe cases, degassing through a tube into the stomach can be attempted.

Another disease that can prevent your rabbit from eating is constipation, which in the worst-case culminates in an intestinal obstruction. You can also recognize this by poor feed intake, a possibly painful stomach, and a lack of droppings. The same applies here: Go to the vet immediately. If the rabbit drinks too little or if it cleans its partner animal very well and swallows its fur in the process, this disease can quickly develop. A harbinger of constipation is so-called “Köttelketten”, that is, coherent rabbit loins.

Constipation can only be recognized by an X-ray, ideally, after a contrast agent has been administered. Thanks to the contrast agent, the narrow point in the intestine is recognized much better than in a pure X-ray image.

Then the animal is given a mild pain reliever, some oil, and usually a drug that gently stimulates intestinal motor skills. If there is no intestinal obstruction, the most important basis of the therapy is the force-feeding of porridge with a syringe in order to promote the further transport of the food in the digestive tract.

If a Rabbit Does Not Eat, the Sensitive Intestinal Flora is Disturbed

The fact that a rabbit does not eat is so fatal because it has a very sophisticated intestinal flora consisting of bacteria and protozoa. Due to a lack of food, these “animals” die in the rabbit’s appendix and large intestine.

This so-called dysbiosis then leads to the bad fermentation described above in the intestines of your rabbit despite the elimination of the cause of the disease (e.g. a dental disease). For this reason, veterinarians like to give so-called probiotics such as ProPre-Bac as a precaution to prevent derailment of the intestinal flora.

In addition, constant food intake is essential to keep the intestinal bacteria alive. If your vet orders force-feeding with poultry food, it is therefore advisable to strictly follow his instructions and not skip feeding, not even at night.

If the Feed Intake Changes, There is Often an Emergency 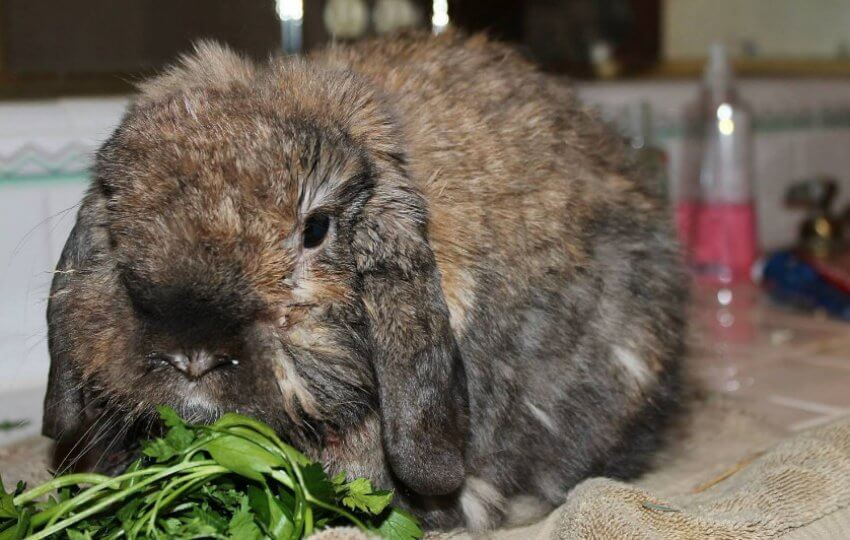 Basically, feed intake is vital for a rabbit. As soon as it no longer does this, your animal is a medical emergency and must be presented to a veterinary clinic or practice immediately, whether on the weekend or at night.

Experienced rabbit owners have the necessary knowledge and the medicine cabinet to take precautionary action themselves in the event of slight changes. But as soon as changes in behavior occur and the animal appears dull, you should always go to the vet.