The Miniature Schnauzer may be small, but it is by no means a pleasant sofa dog. He is considered intelligent, attentive, and open to many challenges. Prefers to guard the house and yard. When properly socialized as a puppy, the hardy little dog proves to be the perfect companion for active families. And most importantly: with optimal coat care, it practically does not shed. 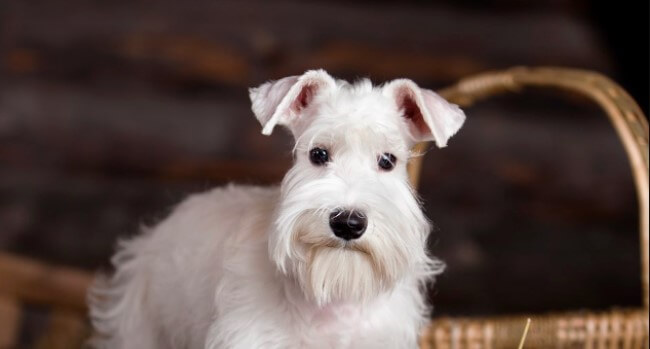 Schnauzer breeding dates back to the 15th century. However, at that time this breed existed only in larger varieties. The Miniature Schnauzer first appeared in public at the end of the 19th century. It is still debated whether she descended from the smallest representatives of her large relatives – the Medium and the Giant Schnauzer – or whether small dogs such as the Affenpinscher were crossed. The fact that the Miniature Schnauzer is slightly different in character from his older brothers speaks in favor of the second theory. Initially, the small, compact Schnauzer was primarily used for rat hunting. For several decades, he was kept mainly as a companion dog.

Nature of the Miniature Schnauzer

Miniature Schnauzer is a lively, confident, and intelligent dog. He has amazing courage for his size and guards his home with great zeal. The breed is considered barking and very alert. It’s important to get his guard dog up and running in advance, otherwise, your Miniature Schnauzer may end up deciding which guests are welcome in the house and which aren’t. His great self-confidence can give a small four-legged friend a certain stubbornness. Although he is basically an accommodating, easy-to-train dog, he likes to go his own way without a clear line in training. Careful socialization of a curious puppy is essential to a good start. 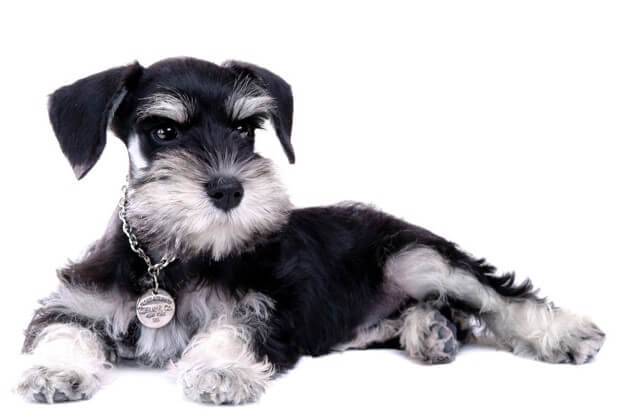 If you decide to get a Miniature Schnauzer, pay attention to his strong guarding instinct. With good occupancy, there is nothing wrong with living in a small apartment. However, if it’s in a crowded apartment complex, it could be that your dog gets all the time and barks a lot. For a small Schnauzer, a quieter environment and, at best, a garden is better suited. Despite its small size, the Miniature Schnauzer requires a lot of exercise and headwork. The persistent runner likes hidden object games. Especially at a young age, these dogs show a noticeable hunting instinct. You can secure your companion and work on obedience at the same time. Bring him some Doggy Tricks – with tasty motivation, he will get hooked on this activity together.

The Miniature Schnauzer has a coarse, long topcoat and a thick undercoat. Depending on the structure of your hair, you may need to cut or shave it several times a year. A professional groomer should decide which method is appropriate based on the texture of your dog’s coat. Keep your beard short or brush it daily after meals, otherwise, bad odors will develop. Miniature Schnauzers have some hereditary diseases that a responsible breeder will rule out by testing the parents. Before buying a puppy, find out about the breed association and the tests they run. A healthy, well-groomed Miniature Schnauzer can live up to 15 years.