A clown among dogs – this is how lovers of the breed describe the Miniature Bull Terrier. His cheerful, bright, and playful personality makes everyone smile. At home, long-nosed gnomes are alert and cozy roommates who enjoy claiming half the couch for themselves. Their stubbornness makes them a challenge to train. 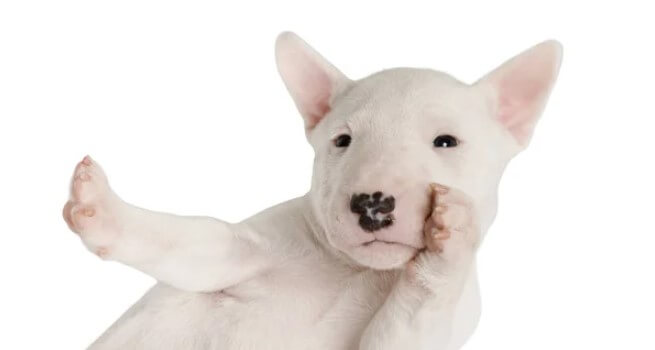 The Miniature Bull Terrier, also known as “Egghead” or “Mini Bully” by hobbyists, is a British dog breed. As early as the 19th century, some Bull Terrier breeders focused on particularly compact lines. Enthusiasm for the small Bull Terrier, which had little in common with other terrier breeds in terms of nature or builds, faded in the early 19th century. Only in the 1940s did the passion for powerful miniatures flare up again, and the Kennel Club officially recognized the Miniature Bull Terrier as a breed. Its “lower muzzle” is a unique feature of this unusual dog breed.

Personality of the Miniature Bull Terrier

Bright, playful, and creative – the Miniature Bull Terrier loves to frolic and have fun: preferably with his people or his famous dog friends. Mini Bullies often remain playful for a long time – even older animals sometimes play pranksters and jump around the garden full of the joy of life. With a high threshold for irritability and an almost devoted attitude towards its people, the Mini is a recommended family dog. However, these powerful dogs should not be underestimated. Muscles are alert and ready to defend their people as well. They act very independently and some breed owners refer to their attitude towards training as “stubborn”. Smart dogs like to decide based on the situation and intuition whether they want to understand a command or not. 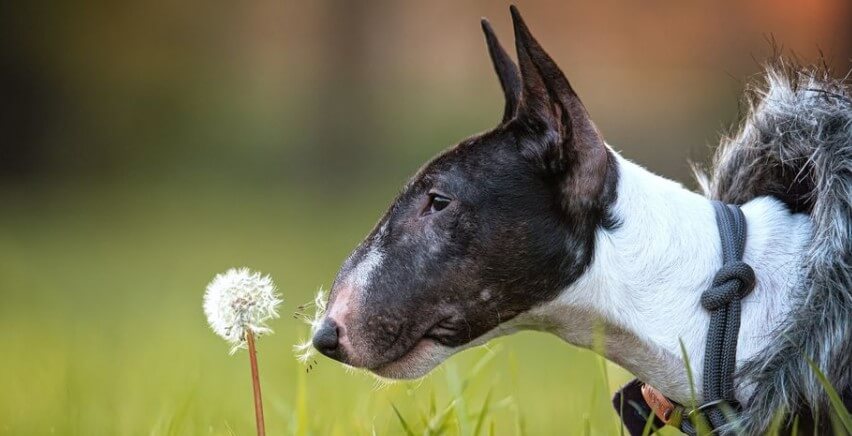 The Miniature Bull Terrier is not endowed with a great “will to pleasure” – the desire to please its owner. He wants to be convinced. Treats can be a big help. Precisely because Miniature Bull Terriers are so smart and creative, it’s all the more important to start consistent training as early as possible and not let little puppies fall short. The treatment of the animal and its uncompromising but positive upbringing must be based on a stable trusting relationship: the teachings are absolutely counterproductive. If Miniature Bull Terriers are already used to dogs and cats when they are puppies, they get along well with other pets. Miniature Bull Terrier loves to walk but is not an athlete. It does not matter to him whether he lives in a city apartment or in a country house – it is important for a charming dog that he can always be around. He generally does not like loneliness. Search games, fuss, and pats correspond to his nature. For tasks that require a great willingness to work and obedience, the Miniature Bull Terrier is unlikely to be suitable.

The Mini ‘Bull Terriers’ short, smooth and strong coat is easy to care for. It should be brushed once a week and its eyes, ears, claws, and teeth checked at the same time.

In the case of the Miniature Bull Terrier, as part of breeding planning, it is necessary to find out some breed-specific diseases. These include diseases of the heart, eyes, and kidneys, as well as dislocation of the patella. White animals should not be bred because there is an increased risk of deafness and blindness.