The marbled armored catfish has been the most popular representative of armored catfish in the hobby for decades. Due to its peaceful nature and great adaptability, this bottom-dweller is a perfect eater for the community aquarium. Originally from southern South America, the species is now kept and propagated all over the world. 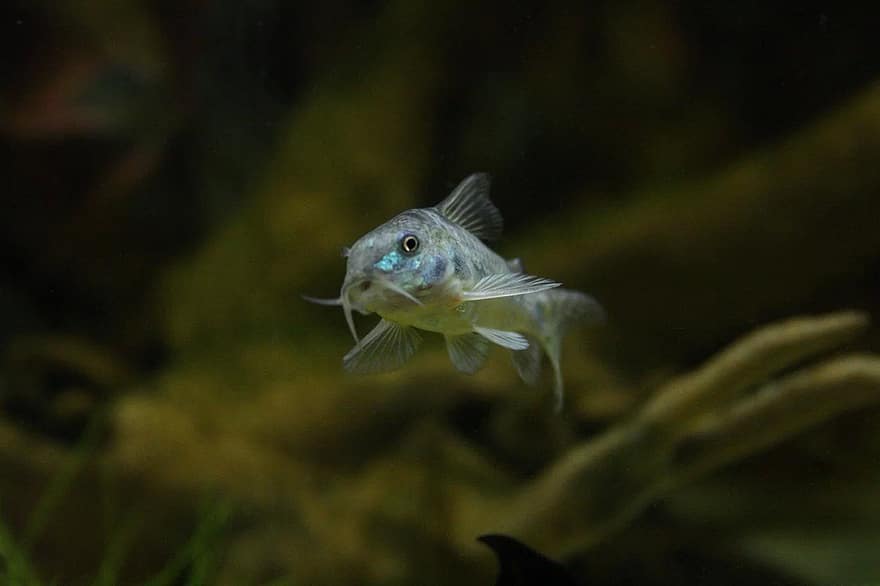 The marble armored catfish reaches a maximum length of about 7 cm, with the females becoming slightly larger than the females.

Gray dots and spots on a light background are characteristic of this species. The fins are banded dark. In addition to the wild form, there is also an albinotic cultivated form of Corydoras paleatus, which is also quite popular in the hobby. Long-finned animals continued to be bred in Eastern Europe, but they have not achieved great popularity in this country, because the long fins sometimes prevent the animals from swimming.

The marble armored catfish is one of the most southern members of the family in South America. The species is native to Argentina, Bolivia, southern Brazil, and Uruguay, i.e. in regions with a significantly cooler, subtropical climate in winter. Accordingly, it does not need as high water temperatures as many other Corydoras species

The females of the marble armored catfish are usually larger than the males and show a more robust physique. Sexually mature females become quite plump, the more delicate males develop a higher dorsal fin. The males’ pelvic fins also become somewhat longer and tapered during the spawning season.

If you want to reproduce marble armored catfish, after vigorous feeding you can encourage them to do so easily by changing the water, preferably about 2-3 ° C cooler. Successfully stimulated animals are easy to recognize by their restlessness, the males then follow the females quite conspicuously. When mating, the male clamps the female’s barbels in a so-called T-position, the partners sink to the ground in rigidity and the female lays a few sticky eggs in a pocket formed by the pelvic fins, which they later attach to the aquarium panes, wiping off aquatic plants or other objects. After about 3-4 days, young fish with a yolk sac will hatch from the numerous, quite large eggs. Another 3 days later, the young C. paleatus can be fed with fine food (e.g. nauplii of the brine shrimp). Rearing is easy in a separate small tank.

Marble armored catfish can get very old with good care and can easily reach an age of 15-20 years.

In the case of armored catfish, we are mainly dealing with carnivores, which in nature feed on insect larvae, worms, and crustaceans. However, you can also simply feed these very adaptable animals with dry food in the form of flakes, granules, or food tablets. However, you should occasionally offer the animals live or frozen food, such as water fleas, mosquito larvae or their favorite food, tubifex worms.

Since these are typical schooling fish that live socially, you should keep at least a small group of 5-6 animals. Since different armored catfish species often occur in mixed schools in nature, mixed groups are also possible.

An aquarium measuring 60 x 30 x 30 cm (54 liters) is completely sufficient for the care of marble armored catfish. If you keep a larger group of animals and would like to socialize them with a few other fish, you should perhaps better buy a meter aquarium (100 x 40 x 40 cm).

Armored catfish also need retreats in the aquarium because they occasionally want to hide. You can achieve this with aquarium plants, stones, and wood, whereby you should at least leave some free swimming space. Corydoras prefer a not too coarse, rounded subsurface because they dig in the ground for food.

If you would like to keep other fish in the aquarium, you have a lot of options with marble armored catfish, because on the one hand they are completely peaceful and on the other hand, due to their shell made of bone plates, they are robust enough to defy even slightly territorial fish such as cichlids. For example, tetra, barbel and bearblings, rainbow fish, or armored catfish are particularly suitable as a company. 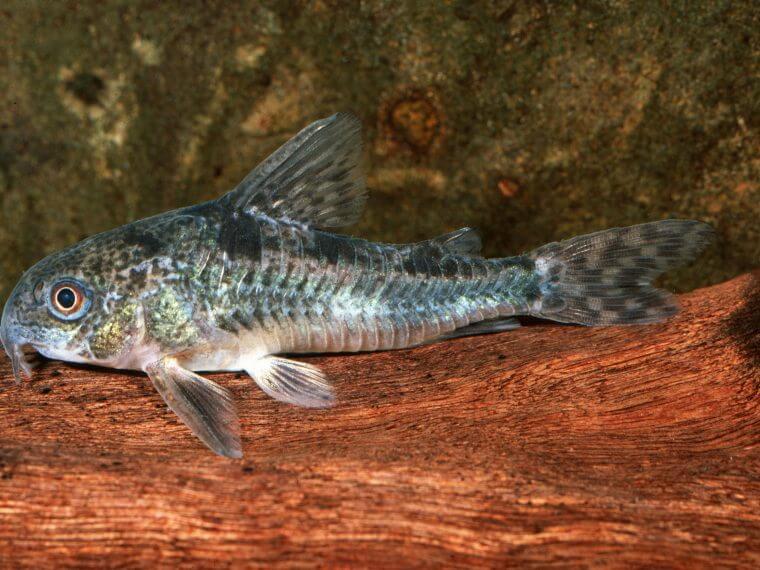 In terms of water parameters, marble armored catfish are not very demanding. You can even cope with it in regions with extremely hard tap water and can usually even reproduce in it. The animals that have been reproduced in our aquariums over many decades are so adaptable that they still feel comfortable even at water temperatures of 15 or 30 ° C, although 18-27 ° C is more optimal.