The scientific name of the lynx “Lynx” comes from Greek and means light, shine, sparkle – this is a reference to the sparkling eyes of the lynx.

Lynx are carnivores and belong to the feline family (Felidae) like lions, tigers, and domestic cats. They are the largest big cats in Europe. A lynx is about 80 to 110 centimeters long, 55 to 65 centimeters high and weighs 20 to 22 kilograms. The males are slightly larger than the females, but both look the same. Their beige to red-brown, dark-spotted fur is so thick that even the worst winter cold cannot harm them.

Due to their markings, they are perfectly camouflaged in the dense forest between the trees. Belly and throat are lighter colored. The front legs are slightly shorter than the hind legs. This is a sign that the lynx is very good at sprinting and jumping. A lynx can be easily recognized by the four centimeters long “brushes” on its ears and by the short, stubby black-tipped tail. 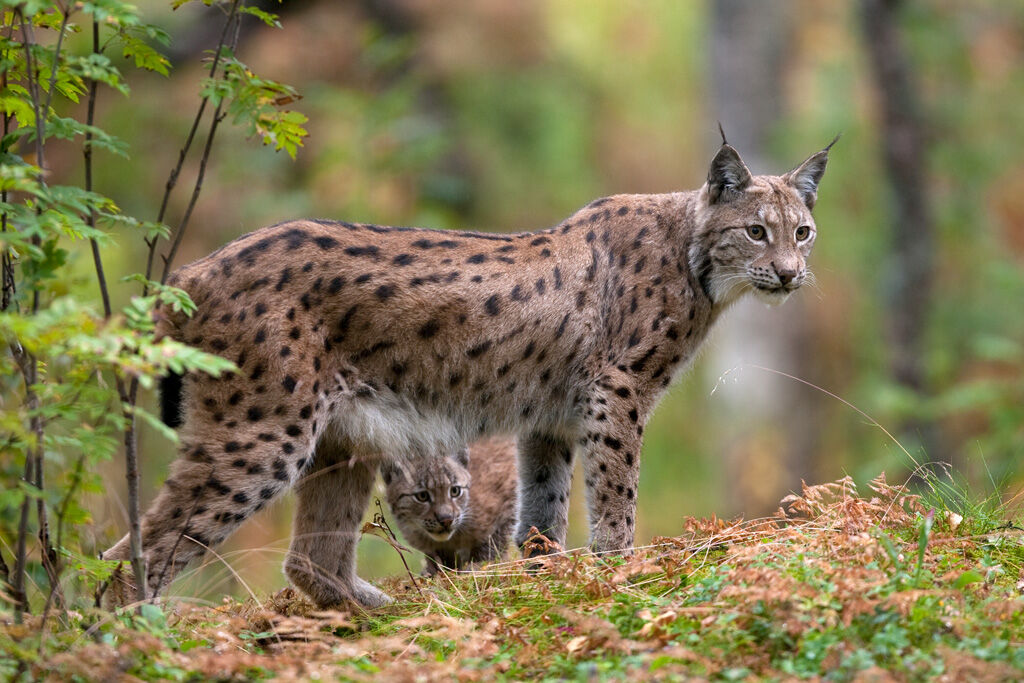 It is not yet known why he has such a short tail. The brushes on the ears probably serve the lynx as a kind of antenna – with their help it can determine where a sound is coming from. In addition, lynxes have real whiskers that look like small mane.

For the lynx, this mane is something like a sound funnel, with the help of which it can hear better. Compared to other cats, lynxes have very long legs. Their paws have a dense, wide cushion of hair. Both help them to be able to walk well in the snow even in winter. The hair pads act like snowshoes and prevent the lynx from sinking into the snow.

Where do lynx live?

Lynx used to be found all over Europe and Asia: from the Pyrenees to Siberia and the Pacific coast. With us, however, they were exterminated long ago and now only live in Northern and Eastern Europe, on the Balkans, and in the Pyrenees.

In the meantime, lynxes have been resettled in Switzerland and in some regions of Germany a few years ago. Lynx loves forests. There, with their spotted fur, they are so well camouflaged between the leaves and branches that you hardly ever see them. The lynx only wanders through the forest-free tundra in the far north.

What types of lynx are there?

There are four species of lynx, which are sometimes divided into several subspecies: The European lynx or northern lynx (Lynx lynx) occurs in Europe and Asia, the Iberian lynx (Lynx pardinus) in Spain and Portugal, the Canada lynx (Lynx canadensis ) in Canada and Alaska. The bobcat (Lynx rufus) lives in the United States and Mexico.

How old do lynxes get?

Lynx live for about five years, in captivity up to 15 years or more.

How do lynx live?

It is not for nothing that someone who can hear and see particularly well is said to have eyes and ears like a lynx. Lynx can see six times better in the dark than a human. They spot a rabbit 300 meters away. They also hear the slightest rustling.

That’s why you hardly ever see them: before we discover a lynx, it has long since heard or seen us and silently disappeared. Lynxes roam the forests as loners, mostly active at dusk and at night. They live in territories that are about 100 square kilometers in size, sometimes up to 300 square kilometers. The less food there is in a territory, the larger it must be.

The lynxes mark their territories with urine, and these scent marks tell other lynxes: I live here and you have no business being here. Like many other animals, lynxes use the same routes over and over again in their territories, so-called changes. They retreat to niches and caves to sleep and rest during the day. Every lynx has several resting places in its territory.

Friends and foes of the lynx 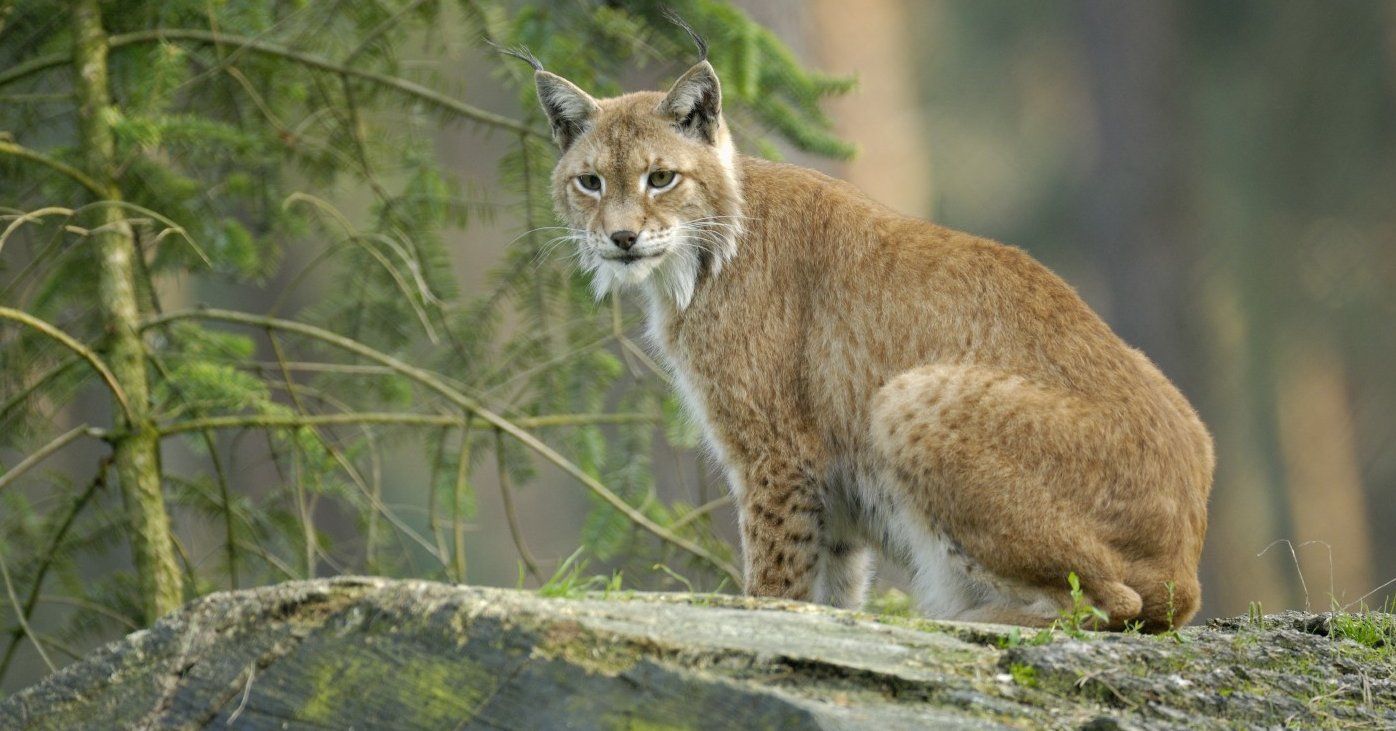 Where they still exist, wolves, wolverines, and brown bears can become dangerous to the lynx. However, its greatest enemy is man: The lynx was hunted for centuries and was extinct here before it was resettled.

How do lynxes reproduce?

Between February and March is the mating season for the lynx. Then the males travel far and wide in search of a mate. It is also the only time of year when the voice of the lynx can be heard: the male calls for a female with a loud meow or howl.

About 70 days after mating, between the end of May and the beginning of June, usually two or three, sometimes even four, young are born in a well-protected hiding place. A newborn lynx weighs only 250 to 300 grams and is still blind. The eyes only open after twelve days. At first, they are only nursed by their mother, but by the age of seven weeks, they are also trying solid food.

At the age of six or seven months, they make their first attempts at hunting and after the first winter, they already weigh seven to ten kilograms. If the cubs’ den is discovered, they grab the mother by the neck and take them to a new hiding place. The young usually stay with their mother for a year. If the latter has offspring again, the young lynxes have to leave their mother’s territory and become independent.