Lowchen. The name of this breed of the dog immediately resembles the “king of beasts” and a certain similarity is also found in appearance. However, its size is different from that of its namesake, hence the simplification of the name. Originally from France, the breed is known for its friendly, playful nature. She is considered smart, curious, and lively: Lowchen prefers to do things with you! 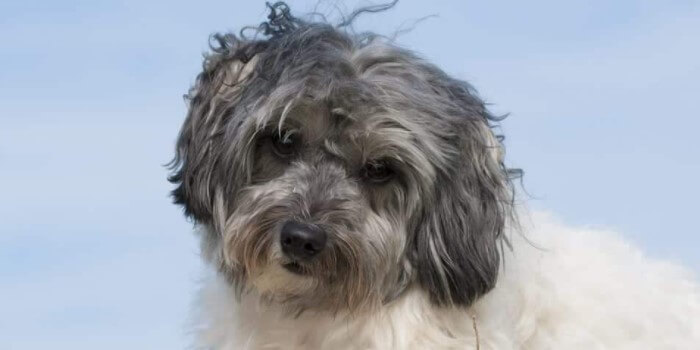 “Petit Chien Lion” – a Miniature Lion of the Nobility

The Lowchen is a breed of dog whose history dates back to the Middle Ages: in the Gothic cathedral of Amiens in France, built in the 13th century, there are two dogs carved in stone that match the appearance of today’s Lowchens. The breed gets its name from its appearance or “lion’s haircut”: for a typical look, the fur is cut from the waist down, but remains long on the front half of the body. On the paws, trimmings are left around the pasterns, and the tip of the tail also has longer and more lush fur than the rest of the tail. The lion can be seen in many paintings of the 17th century: the aristocrats loved the breed as a lap dog, as it looks like a miniature version of a mighty predatory cat.

Lowchens reach a height of 26 to 32 centimeters and are close relatives of the Bichons. During the French Revolution and the decline of the nobility, little four-legged friends were increasingly forgotten. But since the middle of the 20th century, they have been on the rise again: dog lovers have taken up breeding “petit Chien lion”, and today the miniature lion is a popular breed all over the world.

Nature of the Lion

Lowchen has a cheerful, playful personality. He is very sociable and peaceful: Lowchen almost never shows aggressive behavior. They get along well with peers and other pets and are considered child-friendly. They are loyal to their owners, often concentrating on one person in the family. Lowchens are excellent companion dogs, family dogs, and companion dogs for young people as well as older people, as long as they can provide the dogs with adequate care and exercise.

The term “pet dog” does not adequately describe the nature of the breed, because Lowchen is a lively and temperamental dog. They play a lot and enjoy playing both with their owners and with other dogs. They are considered smart, courageous, and inquisitive, they like to learn new things. Challenge your little lion’s intelligence regularly: learning species-appropriate dog tricks is just as appropriate as dog toys or sniffing games.

Education & Maintenance of the Lowchen

Enough attention is important for little four-legged friends, regardless of whether you keep your Lowchen in a city apartment or in a country house. Because Lowchen doesn’t like being alone. They prefer to spend a lot of time with you and be with you everywhere. Their small size is an advantage: you don’t need long hikes to keep yourself occupied. However, Lowchen certainly needs a fair amount of exercise – adult and trained dogs also go on longer hikes with you or run alongside you when you go for a run. 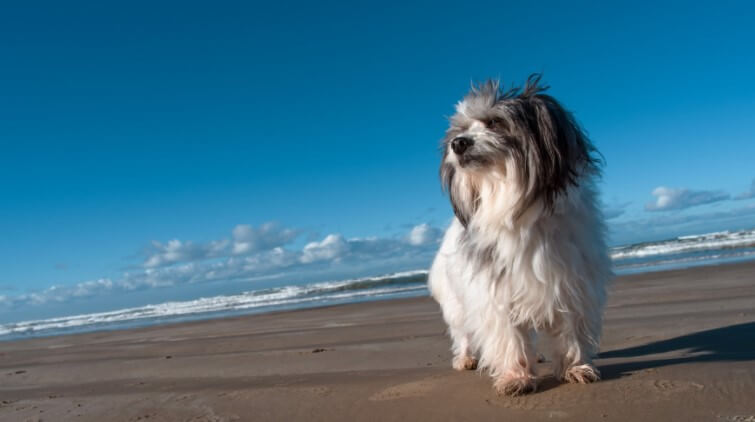 Playing and romping with other dogs is important to the Lowchen, which is why they also enjoy living with a second dog in the house. Young lions sometimes tend to overestimate themselves and get too wild in play – this is where the “lion’s courage” comes into play. Sometimes this leads to injury.

Attending puppy school often proves worthwhile: although Lowchens are very socially compatible by nature, it is beneficial for them to get to know dogs of different breeds and sizes at an early age and expand their repertoire of social behavior from an early age. The kennel school helps with the basic training of your Lowchen, even if the dog breed is generally considered docile and easy to train, as long as you stay consistent.

It is up to you whether you want your Lowchen trimmed or not. However, dogs with lion haircuts may need a dog coat in winter, and in summer you should make sure your lion doesn’t get sunburned. The coat of this dog breed is silky and smooth, practically does not shed. Lowchen has no undercoat. You should still brush it every two days, as the fur gets tangled easily. Pay special attention to the fur knots behind the ears, under the armpits, and on the buttocks. Trim your bangs and the bridge of your nose if necessary, as both can limit vision and irritate the eyes. Dirt or clods of snow quickly collect in the fur on the pads of the paws of the Lowchen, so feel free to trim the long hair here from time to time. Check the nails right away: In older, less active dogs, they sometimes become too long, which can lead to dogs snagging on bumps and injuring themselves. In this case, shorten the nails with a special nail clipper.

Lowchens are generally considered to be robust dogs that remain active and adventurous well into old age. They are not susceptible to breed diseases and live an average of 12 to 14 years. Make sure you get your Lowchen from a reputable breeder: ideally, get to know both parents.