In summer, hang your feet in the garden pond you have created yourself, and letting your mind wander can be very relaxing and calming. Sometimes you may have already started looking for the stage of development of the plants you have placed and discovered that there are not only plants and animals in the pond that you have consciously brought there but an abundance of life. In particular, numerous insect larvae quickly find their way into a biotope and colonize the artificially created habitat and change this ecosystem in a natural way. The desire to get to know the small animal creatures and thus to shed more light on the interplay between eating and being eaten may also exist with you. This post provides a small overview of a few vertebrates and the most common insect orders that can be found in the pond. If you want to know more, I recommend that you get the relevant literature. However, the following identification aids are sufficient for a rough assignment. 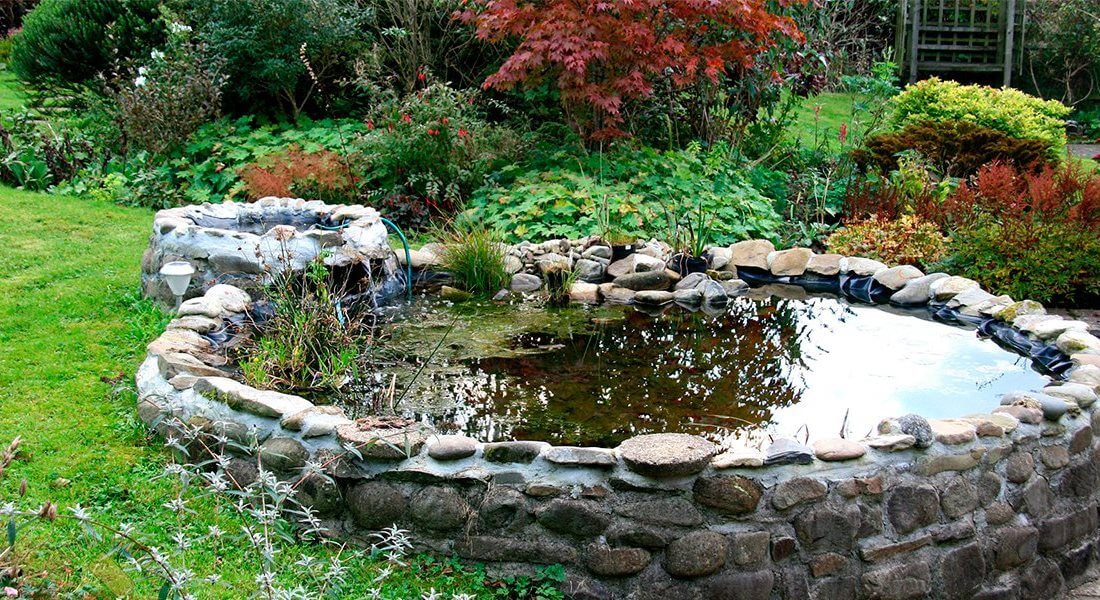 Some vertebrates can be easily identified by their body extremities. In fish, whether old or young, the limbs and fins are missing. In the beginning, amphibians do not have any feet and only develop them in the course of their aquatic larval time. Here, tailed amphibians (salamanders, newts) can easily be distinguished from frogs (frogs, toads, toads), since the tailed amphibians develop first the front legs and then the rear legs. With the frogs, it is exactly the opposite. We call the frog larvae (and only these) tadpoles. One of the few reptiles that occur in local waters or go hunting there is the grass snake, a snake that is completely harmless to humans and can be easily recognized by the yellow crescent spots on the back of the head. The European pond turtle is also a reptile, but it is so rare and threatened that it is probably not by chance that you will discover it at home quickly.

In the case of invertebrates, I limit myself to a few more common insect orders. Insects, also known as insects, always have 6 legs. This also explains the synonym Hexapoda, which means six-footed. Most organisms of this class of animals live on land, but some have adapted to life in water in the course of evolution, at least during their development period as larvae. Beetles living in water are relatively easy to identify, as they look little different from their relatives on land.

Insect larvae that are in the water have developed a wide variety of adaptation phenomena, which have proven to be beneficial for survival. Individual orders can easily be distinguished from one another based on certain characteristics. The determination of individual species is often only possible for experts and is not absolutely necessary for everyday use. Personally, I find it gratifying when you can roughly classify and locate the whole abundance of animals.

Adult dragonflies are among the best fliers in the insect kingdom and are considered voracious predators. But not only do the adults have a good appetite, but also the larvae, some of which spend several years in the water before they molt into the imago, the adult insect.

The adult mayflies actually only eke out a very short existence, which lasts a few hours to days and is used exclusively for reproduction. They are not even able to eat. Mayfly As larvae, however, they sometimes survive in water for up to three years before they start to reproduce. Most mayfly larvae are easily identified by their three tail threads that attach to the abdomen. On the abdomen itself, there are usually fan gills that are necessary for breathing. Incidentally, the mayflies have absolutely nothing to do with the “real” flies! Most mayfly larvae feed on algae and detritus.

The larvae of the caddisflies have developed an interesting way of life: They build a shelter (“quiver”) from plant remains and/or stones and/or snail shells, they drag around caddisflies and which serves as protection from predators. These structures are held together with the help of a secretion thread that the larvae spin. Most stagnant water caddis fly larvae feed primarily on algae and detritus.

The number of two-winged birds that live in the water is over 1500 species, so it would be too far to mention all families. The mosquito larvae, whose females pester us in the summer and sometimes rob us of sleep, are often felt to be a nuisance. The larvae are dependent on water for development but can cope with the smallest accumulations of water, such as B. with the filled rain barrel or the permanent puddle on the flat roof. The larvae usually hang vertically on the surface of the water, where they take in air with their abdomen and filter the water with their front part in search of food.

The mud flies are reticulated and are characterized by long, articulated, and hairy abdominal appendages, the tracheal gills. The larvae live in the mud and prey on other small creatures. Usually, they only crawl around the bottom of the water, but they can also swim quite well due to the curvature of their abdomen.

Another invertebrate that is easy to spot is the snail. Since you will find a detailed article in the magazine anyway, I will not go into it here.

This overview is really only a small overview and is intended to help identify the pond inhabitants. In order to track down the animals and to be able to observe them better, I recommend the purchase of several magnifying glasses and a slightly larger water container (a plastic box is sufficient), as well as a kitchen sieve to rummage in the mud and carefully and gently into the insect larvae with the help of brushes To transfer container. If touched with bare hands, many small organisms can be injured!

Eat and Be Eaten 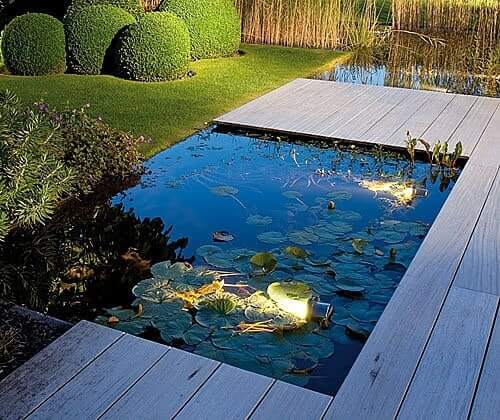 In the pond, one animal eats the other. That is quite natural and also not worrying. Usually, there is a certain balance here in the medium term. Artificially introduced or naturally introduced fish will almost certainly confuse this at first. However, if the fish population is not excessive, a stable balance can be established here as well. The microorganisms in the pond represent a welcome change on the menu of your fish. Please note here, however, that they also represent food competition for other pond inhabitants such as amphibians! And your fish is also a link in the food chain and could be eaten too. Grass snakes or gray herons sometimes enjoy a fishy treat.

For children and adults who have remained curious, exploring the pond is an exciting thing, after which you will probably want to know again and again how things are going with the flora on your doorstep. An impressive variety of different living beings can be found in a very small space. And here, too, you can see: in nature, every living space is used and every ecological niche is sooner or later occupied! Simply fascinating!