Kooikerhondje was originally bred to hunt ducks. It is now enjoying increasing popularity as a companion and family dog. Kooikerhondjes are smart and sensitive. They are easy to train but do not require too much pressure. Small Spaniels are motivated to hunt, which can be managed with appropriate training and use appropriate to the species. 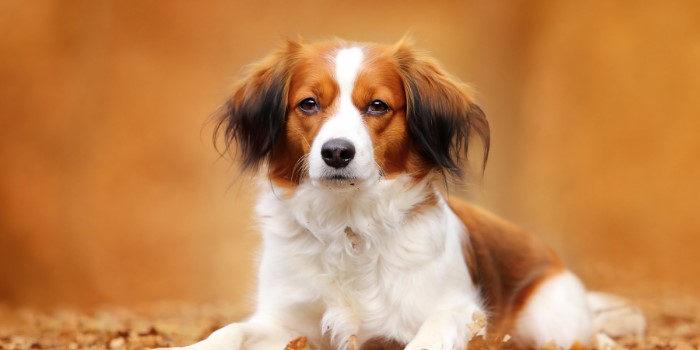 The Kooikerhondje is a small Spaniel that the Spanish nobles probably brought with them during their reign in the Netherlands. Dogs were originally used to hunt ducks. The name comes from the so-called Entenkooien. These are traps on lakes and rivers, ducks are caught with pipes and cages. The dog acts as a decoy and runs into the trap so that the tip of the tail can only be seen. Ducks are very curious animals and will follow a dog into a chimney. Finally, they end up in a cage, where the duck hunter has only to collect them.

Despite being intelligent and alert four-legged friends, the breed almost became extinct in the 20th century. Baroness van Hardenbroek van Ammerstol adopted the Kooikerhondje in 1939 and reintroduced the breed. Kooiker was officially accepted into Raad van Beheer, an umbrella organization in the Netherlands, in 1971, and final international recognition by the Federation Canine International (FCI) occurred in 1990. Today Kooikerhondjes are kept as hunting and companion dogs. The breed standard is 40 centimeters for males and 38 for females. The fur is medium in length with orange-red spots on a white background.

Kooikerhondjes are outgoing, happy, and intelligent dogs. They enjoy long, adventurous walks and are enthusiastic about many dog ​​sports. You can actively hunt hounds or use it for hunting-related activities such as training, stalking, or mantrailing (searching for people). Kooikerhondje is closely related to their family. 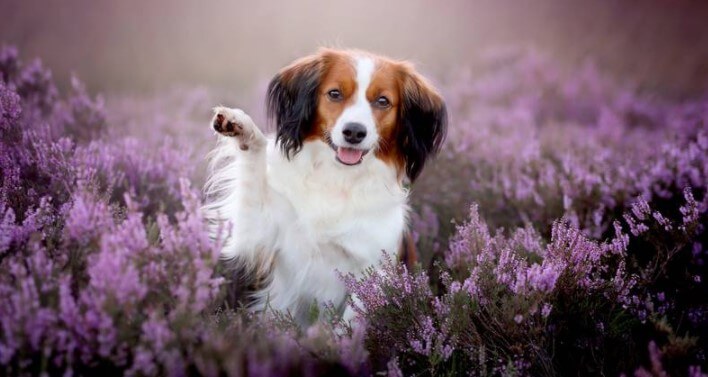 A sensitive dog needs tact. Too much pressure frustrates Kooikerhondje, with positive reinforcement and motivation he learns easily and quickly. Through consistency and clear leadership, you will create a balanced companion who recognizes your authority. You must attach great importance to good socialization, as some of the small dogs are quite shy. Also, note that Kooikerhondjes have a predatory instinct. Therefore, it is recommended to train the control of impulsivity and take a course of anti-hunting training.

Fur is considered relatively easy to care for. So you can get away with brushing twice a week. In general, Kooikerhondje’s health can be described as strong. There are isolated cases of epilepsy and dislocation of the patella (PL). Hip dysplasia (DT) is quite rare. The Breed Association will help you find a responsible breeder.