Kingsnakes use a clever trick to protect themselves from enemies: they resemble poisonous coral snakes but are harmless themselves.

Kingsnakes are very conspicuous animals: the non-poisonous, harmless snakes are between 50 centimeters and two meters long. The males are usually a little smaller. They are quite thin and have a colorful striped pattern in red, orange, apricot, black, white, yellow, brown, or grey. The red stripes are always bordered by narrow black stripes. With their pattern, some species, such as the delta snake, resemble the very poisonous coral snakes.

But actually, they are easy to distinguish: The coral snakes do not have narrow black stripes, they only have red and white stripes.

Where do kingsnakes live? 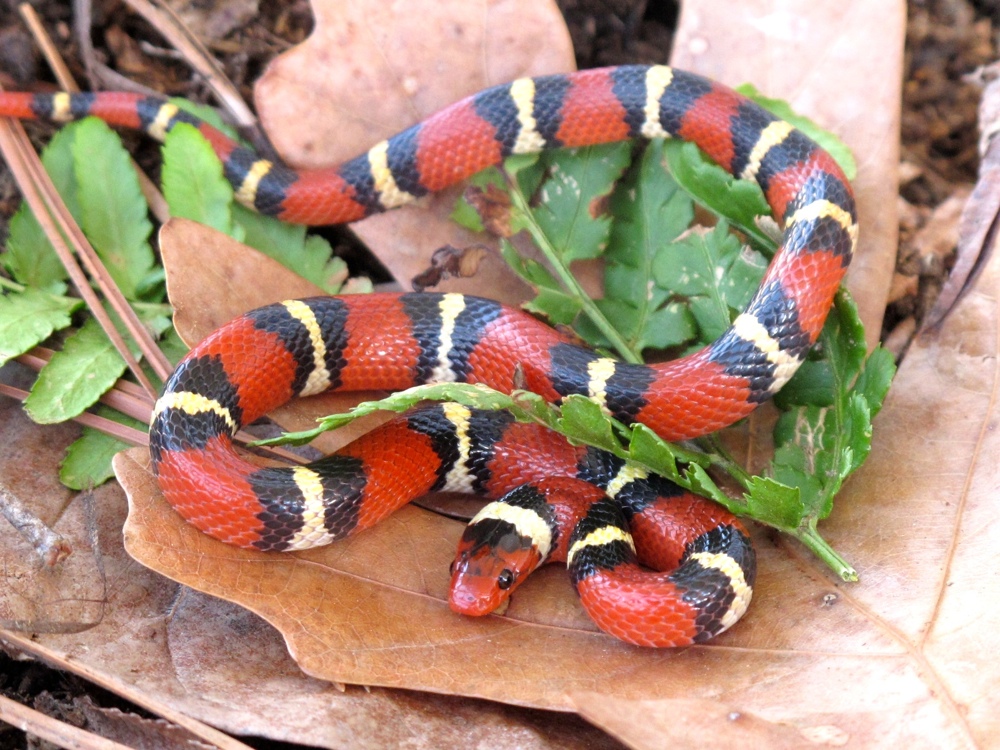 The different species of kingsnakes are found from southern Canada through the USA and Mexico to some regions of South America, such as Ecuador. Depending on the species, king snakes prefer dry to brightly moist areas. Some also like to live near grain fields because they can find enough food there, such as mice.

What species of kingsnake is there?

There are about eight different species of king snake. For example, one is called a mountain kingsnake, there is a red kingsnake and a triangle kingsnake. The species are colored very differently. The various chain snakes, which belong to the same genus as the king snakes, are also very closely related.

How old do king snakes get?

How do kingsnakes live?

Kingsnakes are active during the day or at dusk, depending on the season. Especially in spring and autumn, they are out and about during the day. In summer, on the other hand, they only catch prey at dusk or even at night – otherwise, it is too hot for them.

Kingsnakes are constrictors. They wrap themselves around their prey and then crush it. They are not poisonous. In the terrarium, the animals can even become really tame. They only move their heads back and forth when they are nervous or feel threatened – and then they can sometimes bite.

Some kingsnake species, most notably the delta snake, are referred to as “milk snakes” in the United States. They sometimes live there in stables, which is why people used to think that they sucked milk from the cows’ udders. In reality, however, the snakes are only in the stables to hunt mice. When the animals molt, the shell is usually still in very good condition.

Some king snake species hibernate during the cooler months of the year. During this time, the temperature in the terrarium is lowered and the tank is not lit for so many hours.

Friends and foes of the king snake

Predators and birds – such as birds of prey – can be dangerous to king snakes. The young snakes are of course particularly endangered shortly after hatching.

How do king snakes reproduce?

Like most snakes, king snakes lay eggs. Mating usually takes place after hibernation in spring. The females lay a clutch of four to ten eggs about 30 days after mating and incubate them in warm soil. The babies hatch after 60 to 70 days. They are 14 to 19 centimeters tall and immediately independent. They become sexually mature at around two to three years of age.

How do king snakes communicate?

Kingsnakes mimic the sounds of rattlesnakes: Because they have no rattles at the end of their tails, they slap their tails against an object in rapid motion to produce a sound. In addition to the coloration, this also serves to deceive and deter possible enemies, because they believe that they have a dangerous poisonous snake in front of them. 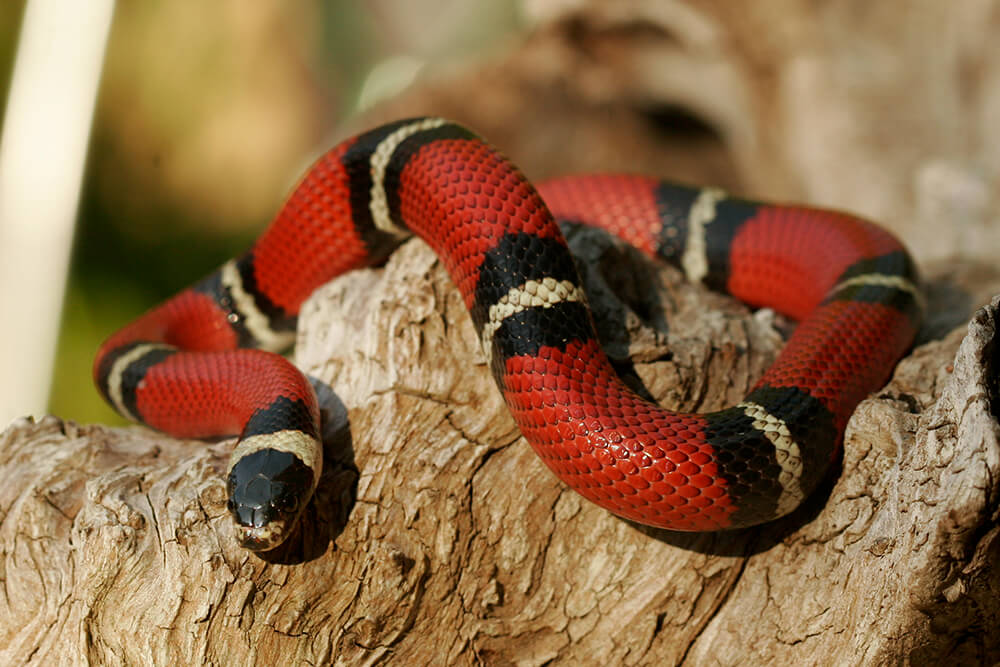 What Do Kingsnakes Eat?

Kingsnakes prey on small rodents, birds, frogs, eggs, and even other snakes. They don’t even stop at poisonous snakes – the poison from the animals from their homeland cannot harm them. Sometimes they even eat conspecifics. In the terrarium, they are mainly fed with mice.

Kingsnakes are often kept in terrariums because they are very lively snakes – there is always something to see. A snake about one meter long needs a tank that is at least one meter long and 50 centimeters wide and high.

The animals need eight to 14 hours of light and plenty of hiding places made of stones, branches, pieces of bark, or clay pots as well as climbing opportunities. The soil is strewn with peat. Of course, a water bowl for drinking should not be missing. The terrarium should always be locked as king snakes are very adept at escaping.